It’s John Cooper’s last ride as director of the Sundance Film Festival, but he’s determined not to slow down.

“I’d rather it be the end for me, but looking to the future,” Cooper said in an interview this week, ahead of Wednesday’s announcement of the 118 feature films set to screen at the 2020 Sundance Film Festival, running Jan. 23-Feb. 2 in Park City and venues in Salt Lake City and the Sundance resort.

Cooper announced in June that he would be stepping down as festival director after the 2020 edition, but he’s not holding back on new initiatives in his final year.

“I pretty much forced every idea on them,” said Cooper, who has been director since the 2010 festival. His successor, who has yet to be named, “can reject them later. We’ll see if anything sticks,” Cooper said.

One idea Cooper aims to implement is expanding the post-screening Q&A sessions for a handful of films. The Q&A’s would be something closer to a panel discussion, possibly bringing in experts beyond just a film’s makers. The details, such as choosing which films will feature the deeper Q&A’s, are still being hammered out, said the festival’s program director, Kim Yutani.

“Our films are always about engaging and having impact,” Cooper said. “How do we finesse that? How do we build a stronger off-screen presence?”

Cooper said that as the programming team waded through the 3,853 feature films submitted to Sundance — an average of 32 films for every one that got in — they found “there is a lot of energy from the community, a lot of nervous energy. … They know it’s competitive.”

Yutani added, “it seemed like people need us this year, more than ever.”

Cooper noticed a lot of filmmakers who had premiered their earlier films at Sundance were “coming back with their second or third films,” he said. “People are going for broke, in some ways. They’re getting more creative and inventive.”

A common theme in many of the selected films, Cooper said, “is the whole notion of family. The gray areas of family interactions. That paradox of humans trapped together, bound together by blood.”

Among the titles in the U.S. Dramatic competition that fit that theme are: Esteban Arango’s drama “Blast Beat,” about two immigrant brothers adapting to life in America; Ekwa Msangi’s “Farewell Amor,” in which an Angolan immigrant is reunited with his wife and daughter; and Channing Godfrey Peoples’ mother-daughter drama “Miss Juneteenth.”

Once ‘sparse and empty,’ the heart of Ogden is becoming a creative arts and culture district

Among the documentaries, Yutani found stories about people finding their voices and displaying heroism. In the U.S. Documentary competition, Yutani pointed to Kim A. Snyder’s “Us Kids,” about the activism of students who survived the Parkland, Fla., mass shooting, and “The Fight,” which follows ACLU lawyers battling the Trump administration over civil rights. Cooper added another title, “Crip Camp,” which chronicles a 1971 effort to open a summer camp for disabled kids, which helped spark a movement for disabled rights.

Big movie stars are coming to support films in the Premieres category. They include Will Ferrell and Julia Louis-Dreyfus in the comedy “Downhill,” Julianne Moore and Alicia Vikander playing feminist Gloria Steinem at different ages in “The Glorias,” Viggo Mortensen making his directing debut in “Falling,” Anthony Hopkins and Olivia Colman as a father and daughter in “The Father,” Glenn Close and Mila Kunis in “Four Good Days,” Benedict Cumberbatch as a spy in “Ironbark,” Anne Hathaway and Ben Affleck in the Joan Didion adaptation “The Last Thing He Wanted,” Ethan Hawke in the biopic “Tesla,” and Michael Keaton in the 9/11 drama “Worth.”

Cooper said he isn’t planning to rest after his final festival as director. He’s moving into a new position, emeritus director, and will focus on a couple of projects. One is to prepare for the 40th anniversary of actor-filmmaker Robert Redford’s founding of the Sundance Institute. Another is to expand their international festival offerings, which now include festivals in London and Hong Kong.

Cooper acknowledges that he’s likely to get nostalgic running his last show in Park City. “I can cry at a moment’s notice,” he said. “We’ll probably see a lot of that during the festival.”

THE SALT LAKE TRIBUNE’S SUNDANCE PREVIEW
Sundance Film Festival director John Cooper and Salt Lake Tribune critic/reporter Sean P. Means will talk about the movies of the 2020 festival.
Where • Tower Theatre, 876 E. 900 South, Salt Lake City
When • Monday, Jan. 6, 2020, at 7 p.m.
Tickets • On sale Dec. 11 from the Salt Lake Film Society; $15 in advance, $20 on the day of the show

END_OF_DOCUMENT_TOKEN_TO_BE_REPLACED Ask Ann Cannon: As an only child, I always wanted siblings. But my own kids don’t like each other.
By Ann Cannon • 1d ago
END_OF_DOCUMENT_TOKEN_TO_BE_REPLACED
L 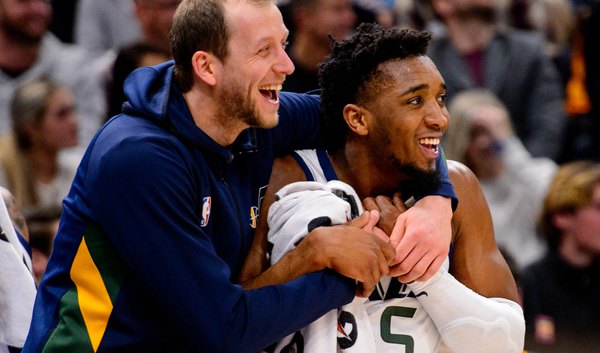 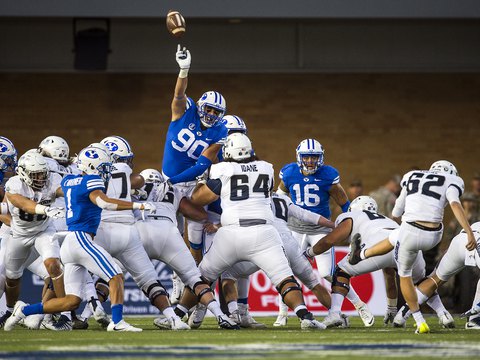