Sundance Festival’s 2019 attendance dipped a bit, and it may be the Super Bowl’s fault

Attendance, money spent and jobs created at the 2019 Sundance Film Festival were down a bit from 2018 — and the festival extending into February, for the first time, may be one reason why.

This year’s celebration of independent film drew an estimated audience of 122,313, according to an economic impact statement commissioned by Robert Redford’s Sundance Institute and conducted by Salt Lake City-based Y2 Analytics. That’s down 2,672 people, or just over 2%, of the figure Y2 calculated for 2018’s attendance.

“We still think it was a great year,” said Betsy Wallace, managing director and CFO of the Sundance Institute. Some figures will fluctuate from year to year, she said, but the numbers have mostly stayed consistent from previous years.

“Our numbers have refined themselves and stayed very solid,” Wallace said.

Because of a deal Sundance struck with the city of Park City to not overlap with the Martin Luther King Jr. holiday weekend — and deny the tourism-dependent city a prime three-day ski weekend — this year’s festival started later than usual. The 11-day festival ended Feb. 3, the latest the January festival has ever concluded.

The festival’s final weekend also was the first weekend of the FIS World Championships, a ski tournament whose opening ceremonies at Canyons Village coincided with Sundance’s closing night awards ceremony on Saturday, Feb. 2. Wallace said that may have reduced the number of Sundance attendees who hit the slopes.

• The split between locals and out-of-state visitors remained steady, with 64% of festivalgoers coming from Utah and 36% living elsewhere.

• The percentage of festival attendees in every age category dropped slightly, with two exceptions: under 18, which went up a fraction of a percent, and people 26 to 35, which rose to 36% from 28.9%. “The millennial side is growing on us,” Wallace said. The 18-25 group held roughly even, which Wallace attributed to Sundance’s Ignite program, which offers reduced-price ticket packages to moviegoers in that age group.

The 10 best movies the Tribune’s movie critic saw at Sundance 2019: Girls coming of age, women dealing with grief, a moon launch, a refugee’s journey and more

• Attendance by residents of Summit County, which contains Park City, seems to have dropped. This year, Summit County accounted for 10.2% of the Utah residents attending the festival — down from 15.6% in 2018. “I don’t think that’s a trend that’s going to continue,” Wallace said.

The 2020 festival — set for Jan. 23-Feb. 2 in Park City, Salt Lake City and the Sundance resort — should be one of stability, Wallace said. No new venues are planned, after this year’s addition of the New Frontier Central and last year’s creation of The Ray theater.

“Right now, I think we’re in a really good spot,” she said.

However, a football-shaped shadow again looms: Super Bowl LIV will be played on the festival’s final day, Feb. 2, 2020 — which is also Groundhog Day.

END_OF_DOCUMENT_TOKEN_TO_BE_REPLACED 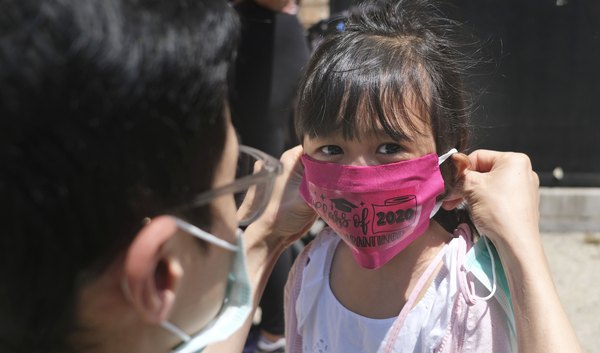