Park City • A soul-searing look at the prison workers who carry out capital punishment and an examination of the damage done by China’s one-child policy were the top winners at the 2019 Sundance Film Festival.

Chukwu, in her acceptance speech, described how the 2011 execution of Troy Davis in Georgia, performed despite pleas from prison wardens, “put me on a trajectory to expand my humanity and my empathy.”

Chukwu said she hoped the film will help people reconsider the death penalty, “so we as a society can stop defining people by their worst possible acts [and] root our societies in true justice and mercy and freedom.”

The Grand Jury Prize for U.S. Documentary films went to “One Child Nation,” a China/U.S. co-production about the Chinese government’s longtime policy of allowing couples only one child.

The one-child policy, co-director Nanfu Wang said, “has affected millions and millions of people, not only Chinese people but people all over the world.” Wang, standing alongside co-director Jialing Zhang, said she hoped the movie “will serve as a true record in the history of the people whose lives are affected by it.”

U.S./Chinese relations were at the heart of “American Factory,” which won the Directing Award for U.S. Documentary films for husband-and-wife directors Steven Bognar and Julia Reichert. The film follows the opening of a former GM plant in Ohio by a Chinese-owned auto glass company, and the culture clashes between the Chinese bosses and their American employees.

“We made a small film with big ambitions,” Reichert said. “We hope it can serve to turn down the steam between the two great economic superpowers.”

The U.S. Dramatic Jury Award went to Joe Talbot for the drama “The Last Black Man in San Francisco,” about two friends trying to maintain control of a house in a gentrifying San Francisco. The movie also won a special jury prize for “creative collaboration.”

Talbot referred to his best friend, Jimmie Fails, who stars in the film, that they “started talking about this movie when we were little kids.” Talbot dedicated his award to “all the people fighting to stay in San Francisco.”

The Audience Award winners for U.S. films were the quarter-life comedy “Brittany Runs a Marathon,” written and directed by Paul Downs Colaizzo, and Rachel Lears' political documentary “Knock Down the House,” which followed four insurgent Democrats challenging incumbents in the 2018 elections. (One of them, Rep. Alexandria Ocasio-Cortez of New York, won.)

Grand Jury Prize winners in the World Cinema categories were the dark British love story “The Souvenir,” directed by Joanna Hogg, and the Macedonian documentary “Honeyland,” about a beekeeper having to deal with sudden change. “Honeyland” was a triple winner Saturday, winning special jury awards for cinematography and “impact for change.”

Another multiple winner was writer-director Pippa Bianco’s U.S. drama “Share,” which follows a high school girl (Rhianna Barreto) after an embarrassing video of her is circulated by her classmates’ text messages. Bianco won the Waldo Salt Screenwriting Award, and Barreto was given a special jury prize for “breakthrough performance.”

Both awards in the Next category, the Audience Award and the Innovators Award (chosen by one-woman jury Laurie Anderson), went to the same movie: Alex Rivera and Cristina Ibarra’s “The Infiltrators,” a semi-documentary drama about undocumented immigrants sneaking inside a border detention facility.

All four Grand Jury winners were directed (or, in the case of “Honeyland,” co-directed) by a woman. That is in alignment with talk of diversity that permeated a festival where 42 percent of the directors of the films in the four competition categories were women.

That diversity even was reflected in the festival dealmaking, as the first four movies to score major deals were directed by women of Asian descent: Indian-Canadian Nisha Ganatra’s comedy “Late Night” to Amazon, Chinese-American Lulu Wang’s family comedy-drama “The Farewell” to A24, Pakistani-American Minhal Baig’s coming-of-age drama “Hala” to Apple, and “Blinded by the Light,” by director Gurinder Chadha (who is of Kenyan and Indian heritage), to Warner Bros.’ New Line Cinema.

The festival ends Sunday with screenings of the award-winning films in Park City, and more screenings in Salt Lake City and the Sundance Mountain Resort in Provo Canyon.

• Next Audience Award • “The Infiltrators,” directed by Alex Rivera and Cristina Ibarra.

• Next Innovator Award (selected by a one-person jury, Laurie Anderson) • “The Infiltrators,” directed by Alex Rivera and Cristina Ibarra.

• Alfred P. Sloan Feature Film Prize (for movies with science and technology films) • “The Boy Who Harnessed the Wind,” directed by Chiwetel Ejiofor.

END_OF_DOCUMENT_TOKEN_TO_BE_REPLACED 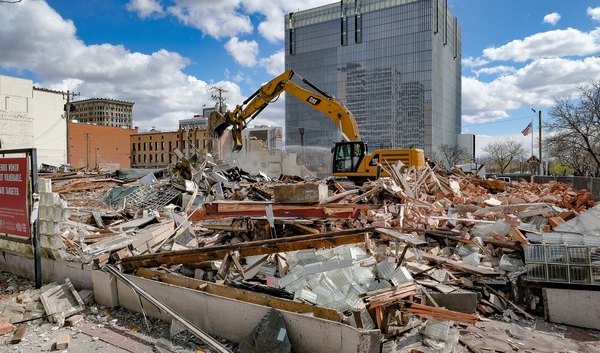 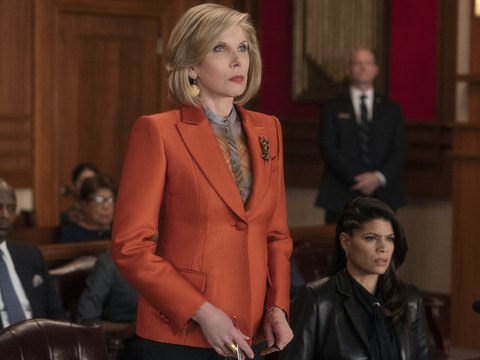 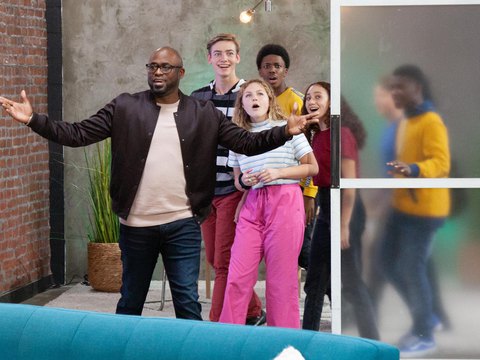