An English wrestler became the youngest woman to win WWE’s Divas Championship. Star Dwayne Johnson came to Sundance to promote a comedy about her life.

Park City • The biggest movie star in Hollywood — in terms of box-office appeal and upper-body strength — would normally look out of place among the independent, non-mainstream artists who show their works at the 2019 Sundance Film Festival.

But Sundance also likes stories about underdogs, and the movie Dwayne “The Rock” Johnson came to Park City to promote late Monday night is definitely one of those.

Johnson was in attendance at The Ray Theatre in Park City for the world premiere of “Fighting With My Family,” a comedy based on the true story of Saraya-Jade Bevis, known to the world as Paige, the English pro wrestler who went from her family’s ramshackle wrestling circuit to becoming the youngest woman ever to win the WWE’s Divas Championship.

Johnson, who is one of the movie’s producers and appears in it as himself, learned about Paige’s story in 2012 while shooting the sixth installment of the “Fast & Furious” franchise — the kind of Hollywood blockbuster in which the budget for one day’s shooting could probably pay for any movie at Sundance.

“I couldn’t sleep, it was 3 o’clock in the morning, I watched this documentary,” Johnson said at a question-and-answer session after the premiere. The documentary was about Paige and her family, who ran their own wrestling league from their home in Norwich, England. (Paige, who was also at the screening, instructed the crowd that “Norwich” rhymes with “porridge.”)

“I was so moved and fascinated by it, because I knew that family so well,” Johnson said. “This was my family, too, as well. We lived like gypsies, too, as well. My family promoted wrestling, too, as well, in bars and every place we could put a ring. So I could really identify with her story.”

“Fighting With My Family” will screen once more at the festival, Wednesday at 8:30 p.m. at The MARC Theatre in Park City. MGM Studios is planning to open the movie in limited release on Valentine’s Day, and all over North America on Feb. 22.

Johnson and Paige shared the Q&A with the film’s writer-director, British comic actor Stephen Merchant, and members of the cast: Florence Pugh, who played Paige; Jack Lowden, who played Paige’s brother Zak; Nick Frost and Lena Headey, who played her parents; and Vince Vaughn, who plays the talent scout who discovered her.

“As a guy who’s had a little bit of experience in the ring, she really did an amazing job,” Johnson said. “To go from never wrestling before to learning how to wrestle, it’s a hard thing, it takes people years and years to learn. And she killed it.”

Pugh credited “the most amazing wrestlers,” including Johnson, who helped train her to perform Paige’s moves. She also credited her stunt double, Tessa Blanchard, a pro wrestler who once competed in WWE’s development program, NXT — where Paige trained before getting her shot on the WWE’s main roster.

Blanchard, Pugh said, “definitely kept me from dying on some big moves.”

Pugh said Stephen Merchant, the movie’s writer and director, “was really, really keen on making sure we [actors] did as much as we could.”

Paige is considered a pioneer in pro wrestling, helping in the past six years to get women wrestlers more bouts and more airtime on WWE programs.

“When I first started out, there were only about five of us [in the NXT] and I was the only one who made it [to the WWE roster],” Paige said. “But more ladies got signed and now we have a ‘Women’s Revolution,’ and there’s just so much more women now, and it’s incredible.”

Merchant, who is best known as the co-creator of the British version of “The Office,” said the toughest scene to shoot was Paige’s first WWE bout in the Divas Championship.

“We had one hour to shoot on [the WWE program] ‘Monday Night Raw,’ where Florence had to go out on Day 4 of filming to re-create this real-life match, having had two months of training,” Merchant said.

Johnson emceed the event, said Merchant, who co-starred in The Rock’s forgotten 2010 family film “The Tooth Fairy.” “If you’ve ever been to a wrestling event when Dwayne appears, it is insane,” Merchant said. “It’s like Elvis has come back to life.”

“I said to him, ‘We only have one hour,’” Merchant continued. “He did 20 minute on the mic. … I’m the only person who has ever been screaming for Dwayne Johnson to get out of the wrestling ring.”

END_OF_DOCUMENT_TOKEN_TO_BE_REPLACED 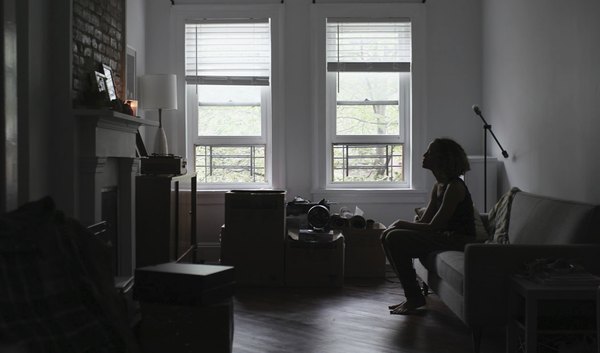 Ask Ann Cannon: What’s the best way to thank a gracious host after a visit?
By Ann Cannon • 1d ago
END_OF_DOCUMENT_TOKEN_TO_BE_REPLACED
L 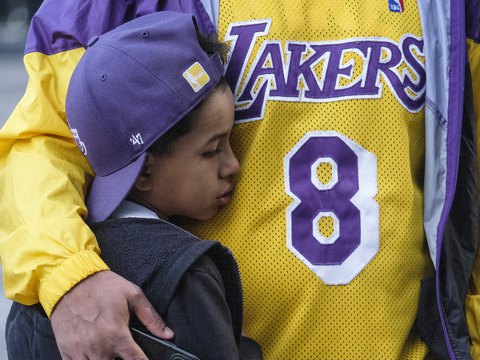