By the time Zack Moss’ college career ended on New Year’s Eve at the Alamo Bowl, the Buffalo Bills rookie had already solidified himself as the best running back in University of Utah history.

Replicating those numbers, that impact, that legacy is going to be near-impossible for offensive coordinator Andy Ludwig and running backs coach Kiel McDonald to accomplish. Rather, deciding who in the running back room is most capable of stepping into a primary role, while taking pressure off a new quarterback, whether it be South Carolina graduate transfer Jake Bentley or redshirt sophomore Cameron Rising, is paramount.

To that end, before the COVID-19 pandemic canceled Utah’s final 12 spring practices, sophomore Jordan Wilmore and junior Devin Brumfield were in the early stages of a battle to see who would replace Moss. Assuming summer access and training camp start on time, that battle will wear on.

Take it with a grain of salt, but Brumfield was listed on Utah’s spring two-deep as the starter after rushing for 263 yards and two touchdowns on 59 carries. His nine catches out of the backfield would indicate his ability as a security blanket for Bentley or Rising. Wilmore, the highest-rated running back recruit in program history, per the 247sports composite, had 194 yards and a touchdown on 49 carries in 2019.

One might argue Utah’s decision for its single-back offense was made easier when Devonta’e Henry-Cole opted to transfer to BYU as a graduate transfer in February, but as McDonald pointed out in the early days of spring ball, there are backfield options beyond just Wilmore and Brumfield.

Prep basketball star Caleb Lohner slipped away from Utah and into the arms of rival BYU. Here’s how it happened.

NCAA president is optimistic about playing the football season; says basketball could start sooner than anticipated

Some athletic departments are disclosing positive COVID-19 tests. Utah, BYU and Utah State are not

Junior TJ Green has seen limited reps in 16 career games as a Ute, while the staff has spoken highly of Micah Bernard’s potential. Bernard took a redshirt last fall as a freshman after seeing special teams action in four games.

The wildcard among running backs is incoming freshman Ty Jordan. A three-star recruit from West Mesquite (Texas) High School and one-time University of Texas commit, Jordan is multidimensional, potentially to the point where he could be an immediate factor. His ability to potentially return kicks is an added bonus.

END_OF_DOCUMENT_TOKEN_TO_BE_REPLACED 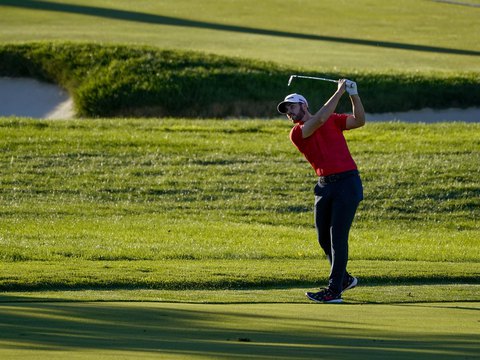