Santa Ana, Calif. • When Ian Martinez took his official visit to the University of Utah last year as a junior at JSerra Catholic (Calif.), he sat through a series of meetings.

There were academic meetings, meetings with nutritionists, meetings having to do with sports science. After that was done, Martinez watched about an hour of practice. Once the Utes were done practicing, Martinez hopped up off the bench cold. Without the benefit of stretching or getting a few shots up, Martinez took the ball and windmill-dunked it.

That moment got Larry Krystkowiak’s attention. Already enamored with the 6-foot-3 combo guard, Utah’s men’s basketball coach knew the windmill dunk wasn’t everything, but at the time, it spoke to what type of athlete he would be getting.

“You’re always excited about your recruits, and we’re not trying to place any expectations on him,” Krystkowiak said. “He’s excited to get in here and start working. He’s working on his body to get stronger, but he’s as athletic a player as we’ve ever had.

“I think he’s a student of the game and he’s going to be very coachable. When you combine that with an elite athletic set, his future is very bright.”

“The reason I think he’s going to contribute as a freshman is because of his ability to shoot the basketball,” JSerra Catholic head coach Keith Wilkinson told The Salt Lake Tribune at last week’s Nike Extravaganza, where Martinez-less JSerra fell to Chicago power Whitney Young. “He has to get stronger; that’s going to be really important, but he’s already so athletic and he can really shoot it. I think he’ll be able to come in and compete for a starting spot as a freshman.”

Currently the No. 61 recruit in the Class of 2020 according to the 247sports composite, the Costa Rican-born Martinez is an explosive athlete with a wiry frame and room to fill out. He is proving to be a capable scorer from anywhere on the floor, which alone is leading to a considerable amount of hype for his arrival in Salt Lake City next season.

Martinez is the type of player Utah does not currently have, and one it could certainly use moving forward.

A move to the United States

Martinez’s father, Henry, is from Costa Rica, where he made a living in basketball, partially as a player and coach with the Costa Rican National Team.

Both Ian and his older brother, Avery, grew up in Costa Rica, but Avery left as a teenager to attend high school in the United States. Avery attended Cantwell-Sacred Heart of Mary High School in Montebello, a Los Angeles County suburb roughly 10 miles from downtown LA. Ian, two years younger than Avery, showed up at Cantwell-Sacred Heart as a freshman in 2016.

Red All Over: The curious case of Both Gach’s knee and why Ute basketball coach Larry Krystkowiak isn’t talking about it

“I liked playing there,” Ian told The Tribune after sitting out the Whitney Young game with a hip pointer. “Things were going well, I was playing with my brother. As time went on, I found out my coach was resigning and the journey started changing.”

As Ian dealt with change — his brother was set to graduate and attend Cal State Northridge, his coach at Cantwell-Sacred Heart resigned, and he was still living with a host family — Pat Barrett entered his life.

Barrett is the architect of the Southern California All-Stars AAU program. While SCA is one of the premier AAU teams on this side of the country, Barrett has long been one of the major West Coast power brokers in the prep and AAU worlds.

Ian moved from West Coast Elite AAU to Barrett’s program as a sophomore. According to Wilkinson, Henry and his wife, Helen, got temporary visas to join their sons in California. The elder Martinez was given a coaching position by Barrett inside the SoCal All-Stars program.

Said Ian Martinez: “Big thanks to Pat, you know? I switched teams, went to SCA and I started doing better. Pat started to get me in with him so I could work out with those guys, and it helped me a lot. From there, everything started.

Barrett helped steer Ian, already looking to switch high schools, to JSerra Catholic, which has never been confused with a California power, but has been building towards legitimate contention.

In year one under Wilkinson last winter, with Martinez as a junior, JSerra went 22-8 and lost in the second round of California’s Southern Section playoffs. The Lions are currently 21-6 and could be more of a player in the Southern Section if Martinez is at full strength.

“Pat helped my family and was just continuously giving us advice,” Ian Martinez said. “We were naive, we didn’t know what’s going on or how things work over here. He helped us get through a lot and he taught us a lot.”

The optics of a recruit’s father on the coaching staff

There is no NCAA rule stating that a coach can’t hire a family member or family friend of a prospective recruit. The topic remains somewhat taboo, but there have been high-profile instances of coaches hiring family members to seal the deal with top recruits.

In 1983, then-Kansas head coach Larry Brown hired Ed Manning as an assistant coach. Ed’s son, Danny, signed with the Jayhawks, eventually leading them to the national championship in 1988. In more modern times, USC head coach Andy Enfield made news on this front when he hired Eric Mobley in 2018.

Mobley is the father of Isaiah Mobley, a Trojans freshman and formerly a five-star, top-20 recruit. His other son, Evan, is a Trojans commit, the No. 1-rated center in the Class of 2020, and a projected top-3 pick in the 2021 NBA Draft.

On May 29, 2019, Ian Martinez offered a verbal commitment to the University of Utah. The next day, Krystkowiak announced Henry Martinez had been added to the coaching staff. No one in power will ever acknowledge these two things are related, but Wilkinson was willing to be honest.

Wilkinson, who played at USC from 2005-09, pointed to the Mobley situation, labeling it as smart business.

“If you want to use that advantage to go get a good player, then do it. It’s within the rules, so I think you’ll see more and more places doing it,” Wilkinson said. “The one thing Utah did, and give them credit, they recruited him the hardest and brought him on campus as a junior. They had developed the best relationship with him, but with your dad being there? Did that help seal the deal? No question, but give Utah credit for really recruiting him and bringing him out for an official visit as a junior. That was huge.”

“That just made it, like, ‘OK, it’s a wrap,”’ Ian Martinez said. “At the time, it was USC and Utah. Utah was on top because of my relationship with the coach, and really the whole coaching staff. They were already on top, and after I found out we had that opportunity, it was a wrap. That’s the place I want to be.”

To have one parent on staff is not unheard of. To have two parents on staff is a real rarity.

In August 2016, Krystkowiak hired Chris Jones away from Utah State, where he had spent the previous eight years. Jones played for Utah under the late, legendary Ute head coach Rick Majerus from 1993-94. He later served as a Ute assistant from 2005-07.

In fairness, Jones and Utes assistant Tommy Connor have a relationship that goes back 25 years, but at the time of the hire, Krystkowiak was heavily recruiting Jones’ son, Rylan, then a sophomore at Logan High School. Rylan committed to Utah on Aug. 8, 2017, before his junior season began.

“You can see he’s just sitting back and taking it all in,” Krystkowiak said of Henry Martinez. “He’s not a guy that needs to be heard and he’s not trying too hard, so I think it’s been great. And I think that it’s just going to get better. You can see where it’s kind of like a player when somebody has a chance to be a really good player and somebody has a chance of a bright future in coaching. You can kind of see it.”

UTAH VS CALIFORNIA
At the Huntsman Center


About the Golden Bears: Cal is playing better in the Pac-12 than anyone projected even a month ago, but is still just 4-5 in the league after 71-65 loss at Colorado on Thursday night. Potential All-Pac-12 guard Matt Bradley had 17 points on 6-for-12 shooting in the loss … The Golden Bears play at one of the slowest paces in the country. According to KenPom.com, they rank 325th nationally and a distant last in the Pac-12 in adjusted tempo … To that end, Cal’s 63.4 points per game ranks it 331st nationally and last in the Pac-12 in scoring offense … Cal has lost four of six, but one of the two wins was over archrival Stanford. The other was over an Oregon State team Utah previously beat on Jan. 2.
About the Utes: Branden Carlson’s 15 points, 10 rebounds and eight blocks marked a career night for the freshman center as Utah outlasted Stanford, 64-56 in overtime on Thursday night … The Utes are 9-1 at the Huntsman Center, with the one coming by five points on Jan. 4 against then-No. 4 Oregon. Conversely, they are just 4-8 away from Huntsman, including 1-7 in true road games … Timmy Allen continues to lead Utah in scoring at 18.3 points per game. The sophomore guard went 9-for-12 from the free throw line Thursday as part of a 15-point night, but shot just 3-for-10 and committed seven turnovers … Utah is 13-15 all-time vs. Cal, but has won eight of 11 dating back to March 14, 2013.

END_OF_DOCUMENT_TOKEN_TO_BE_REPLACED 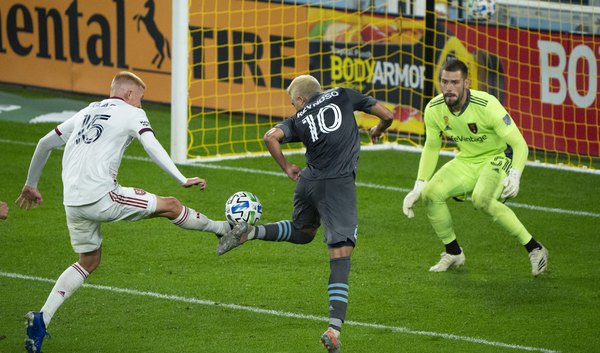 BYU in review: Stout defense paves the way for stellar offense in rout of Trojans
By Norma Gonzalez • 1d ago
END_OF_DOCUMENT_TOKEN_TO_BE_REPLACED
L 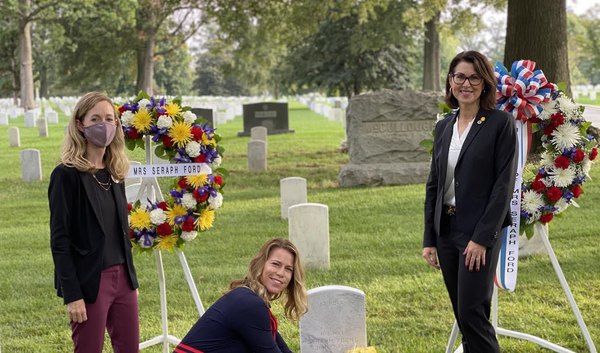