Utah’s non-conference schedule has offered highs, lows, with more to come this month before Pac-12 play

When Larry Krystkowiak agreed to home-and-home series with Nevada and Minnesota, the University of Utah head coach knew the back end of each series would come this season. At the time of the agreements, though, there was no way of knowing just how young and inexperienced the Utes would be this season.

Same with the Myrtle Beach Invitational. That eight-team field was announced a year ago, with Baylor and Villanova as the headliners, but who knew Utah would field a roster much younger than projected?

The Utes (6-2), who host Central Arkansas on Saturday afternoon, wound up drawing host Coastal Carolina in the first round in Myrtle Beach, on the Chanticleers’ home floor, making it a true road game.

To sum things up, this inexperienced core has already seen some things through eight games. It won in Reno on opening night, it beat the Golden Gophers at home, and it got knocked down a few notches in Myrtle Beach, getting drilled by Coastal Carolina in that first-round game, then fading late in the fifth-place game against Tulane.

"Proverbially, everybody talks about a young team, and I think our guys are OK with hearing that, but I think you have to go through as many different experiences as you can,” said Krystkowiak, whose team is coming off an emotionally-charged 102-95 overtime win against archrival BYU on Wednesday. “We’ve seen enough film when we’re good and when we’re bad, so hopefully we’ll be prepared.”

Given the inexperience and the unknowns that come with such a group, calling Saturday’s matchup with Central Arkansas a break in an otherwise formidable stretch of games is a dangerous proposition. In fairness, the scheduling work by Krystkowiak beyond the Bears offers more intrigue, not to mention more growth for his players.

Krystkowiak noted after BYU that his team hasn’t seen a ton of size yet this season. Kentucky will help take care of that problem later this month.

"We have played a number of teams that have gone small,” Krystkowiak said. “We haven’t played that prototypical 7-foot, 6-9 power forward where you’re really challenged on the glass.

“We’ve played some smaller lineups, but short of that, the rebounding focus that’s going to come into play, we’ve had a little dose of everything.”

Next season’s non-conference schedule is already starting to come into focus, highlighted by the Utes’ inclusion in the prestigious Battle 4 Atlantis on Paradise Island in the Bahamas.

In less than a decade, Atlantis has built itself into one of the preeminent Feast Week tournaments on the college basketball calendar, regularly drawing top-end programs. Last month’s Battle 4 Atlantis included four top-13 teams, although unranked Michigan won the event and springboarded up to No. 4 in the AP Poll this week.

Utah will play at Battle 4 Atlantis next Thanksgiving, pre release.

Utes *should* bring back a ton, plus add a couple top-100 recruits.

Utah will be joined by another stacked field next Thanksgiving, including Creighton, Duke, Ohio State, Texas A&M, West Virginia, Wichita State and Memphis.

“That field, you see, is incredible, and it will be a great barometer to see where we are a year from now,” Krystkowiak said.

When Krystkowiak first arrived in Salt Lake City in 2011, the Utes played in the inaugural Battle 4 Atlantis, before it became the behemoth it is now. Utah got blown out in consecutive games by Harvard, UMass and UNC Asheville on its way to a 6-25 season.

A year from now, Krystkowiak would obviously like a better showing, but he’ll have to get it done against a stronger field than what he saw eight years ago.

“It has proven to be the top field in the country,” Krystkowiak said. “When we got here, we went to the Bahamas and had a miserable experience, got drubbed in three gamers. We said we’d like an opportunity to come back, and [assistant coach] Andy (Hill) was on that eight years ago.”

In terms of at least atmosphere and intensity, Central Arkansas will not offer what BYU did on Wednesday night, when the Huntsman Center came to life midway through the second half.

From that standpoint, staying even-keeled off Wednesday’s win, and showing up to play Saturday are both paramount if Utah hopes to avoid a letdown Saturday afternoon against a lesser opponent.

“The atmosphere probably won’t be as intense, but we still have to try to match it because we have another good team coming in here,” sophomore guard Timmy Allen said. “It’s an early game, too, so we’re going to have to be ready.”

“That becomes a self-fulfilling prophecy if you talk about it,” Krystkowiak said. “We’re just going to make sure we’re pretty juiced up and prepared film-wise. We weren’t able to do much yesterday. We need a mandatory day off every week, so we gave the guys the day off, and finals are coming up, so I think being fresh is important.

UTAH VS. CENTRAL ARKANSAS
At the Huntsman Center


About the Bears: Saturday will mark the fourth guarantee game Central Arkansas has played this season in a high-major building. The Bears have already lost at Baylor, Georgetown and Duke, with an average margin of defeat sitting at 35.3 points per contest. They are coming off a 95-69 loss at Wichita State on Thursday … Central Arkansas has three players averaging double figures, led by Rylan Bergersen’s 14.1 points per game. The BYU transfer had 14 points on Thursday against the Shockers, while 6-foot-7 French-born sophomore Eddy Kayouloud netted a game-high 23.
About the Utes: Utah is coming off a 102-95 overtime win over in-state rival BYU at the Huntsman Center on Wednesday evening. The Utes erased a 16-point first half deficit as freshman point guard Rylan Jones scored 18 of his career-high 25 points between the second half and overtime … This will be the Utes’ final home game of the non-conference slate. They will play Weber State at Vivant Smart Home Arena on Dec. 14, Kentucky at T-Mobile Arena in Las Vegas on Dec. 18, and San Diego State at STAPLES Center in Los Angeles on Dec. 21 … Freshman forward Mikael Jantunen offered a big lift for Utah against BYU, scoring a career-high 18 points on 5-for-7 shooting in a career-high 31 minutes. Jantunen is shooting 68 percent from the field through eight games.

END_OF_DOCUMENT_TOKEN_TO_BE_REPLACED 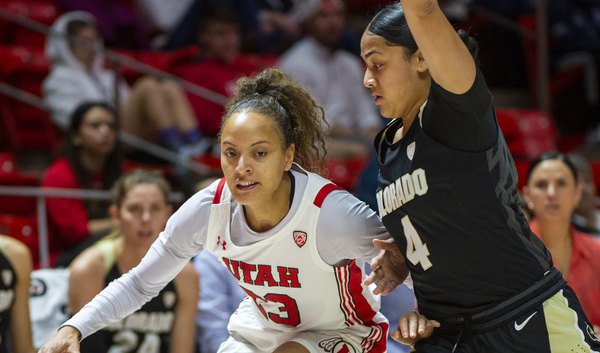 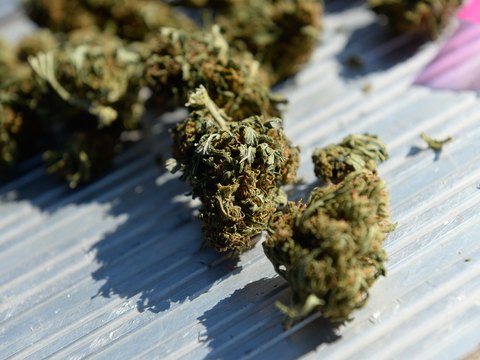 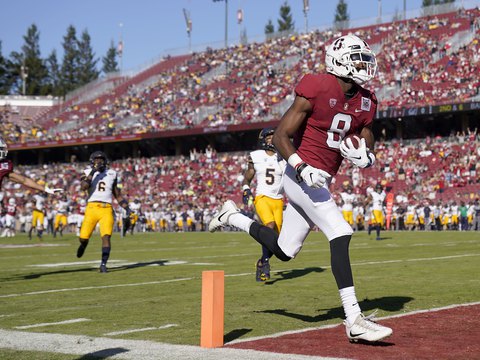