Utes in review: Utah helps itself, but Oregon’s loss may hurt the Utes’ playoff chances

In addition to their own winning streak that now numbers seven games, the Utes had the potential of a big-time matchup with Oregon in the Pac-12 championship game on Dec. 6. Beating another highly ranked team would have added more strength-of-schedule value to that trophy in a College Football Playoff context. But then the Ducks lost 31-28 at Arizona State on Saturday night, while Utah was thrashing Arizona 35-7.

Another dominating win for @Utah_Football. 🔥

The Utes (10-1, 7-1 Pac-12) are playing like a genuine CFP semifinalists lately. ESPN.com quoted Ute safety Julian Blackmon as saying Utah’s statement is: “I hope you’re ready, 'cause if we get into the playoffs, we’re gonna beat somebody’s brains in.”

The issue is having the credentials to get there, ahead of other one-loss teams, including Georgia, Alabama, Oklahoma, Minnesota and Baylor. If Oregon falls far out of the top 10 in Tuesday’s CFP rankings, that will affect the Utes.

Utah already needs LSU to beat Georgia in the Southeastern Conference championship game on Dec. 7. Otherwise, the SEC likely will earn two spots. Alabama has a good test Saturday at Auburn. If the Crimson Tide, with No. 2 quarterback Mac Jones, dominate Auburn, then Utah may have trouble jumping over an 11-1 Alabama team.

The consolation for the Utes is Oregon obviously is vulnerable, and that’s the team they have to beat to reach the Rose Bowl, at a minimum. First, though, Utah must defeat Colorado and finish 8-1 (ahead of 7-2 USC), just to grab the Pac-12 South’s spot in the conference championship game.

• Utah’s Kyle Whittingham is now the front-runner for the Pac-12 Coach of the Year award.

Ludwig promised to maximize running back Zack Moss, and he has overdelivered with a creative scheme. Utah’s goal-line failure on the last play of the first half drove home the point that scoring touchdowns is not always simple as giving Moss the ball.

Gordon Monson: The Jazz are on a bumpy road, but convinced it will take them where they want to go

In the Utes’ 11th game, Ludwig broke out new material near the goal line with players coming in motion toward the quarterback and getting the ball. Tight end Brant Kuithe ran for two scores and receiver Demari Simpkins caught a quick pass from Tyler Huntley for another TD.

• Utah’s defense easily could have had four shutouts in Pac-12 play.

The Utes’ 35-0 defeat of California in October was only the sixth conference-game shutout in nine seasons of the expanded Pac-12, covering nearly 300 games. Utah barely missed three other blankings, with touchdowns by Oregon State and Arizona coming in the last two minutes against the No. 2 defense and Arizona State kicking a field goal after recovering a fumble at the 18-yard line.

Ute linebacker Francis Bernard, who led the team with eight tackles, said the reserves' giving up that late score was “frustrating.” Imagine how those opposing offenses must feel.

Heading into the 4th quarter and it’s basically a home game 🤷‍♂️#bestfans pic.twitter.com/GkgQlO7gFd

• Time of possession is not overrated in Utah’s case.

Utah's ball-control style is especially effective, for two reasons: The Utes usually turn long drives into points and the defense quickly gets the ball back to the offense. The convergence worked to an extreme Saturday, when Arizona had possession for only 19 plays in the first half. With 6:50 remaining in the game, the Wildcats had run 40 plays and held the ball for 15½ of the 53 minutes. They sustained a 12-play drive that last five minutes, finally scoring a touchdown.

Zack Moss, running back. Moss rushed for 203 yards in three quarters, giving him a school-record third 1,000-yard season, and he may have gained 300 yards if the Utes needed him to do so. He credited offensive linemen who “were sprinting to the line, because they were that eager to go ahead and get a block.” Moss made the Pro Football Focus graders’ national team of the week.

Runner-up: Kuithe. He got tangled with Huntley while blocking for him on a fourth-down keeper that Arizona stopped in the second quarter. With the ball in his hands, though, the sophomore tight end was productive. He caught four passes for 81 yards and ran for touchdowns of 3 and 6 yards.

Moss’ 41-yard touchdown run in the third quarter. The Utes had been stopped on fourth down after two long drives in the second quarter, but they didn’t even get to third down on their first possession of the third quarter. Moss finished it with a 41-yard run down the right sideline.

Colorado stands in the way of the Utes’ second Pac-12 South title, with USC having finished 7-2 in conference play and owning the tiebreaker over Utah. The Buffaloes (5-6, 3-5) dominated Washington in a 20-14 win with 430 total yards to the Huskies’ 238. Colorado will be playing for howl eligibility. ESPN’s Football Power Index gives the Utes a 95.1% chance of winning.

END_OF_DOCUMENT_TOKEN_TO_BE_REPLACED 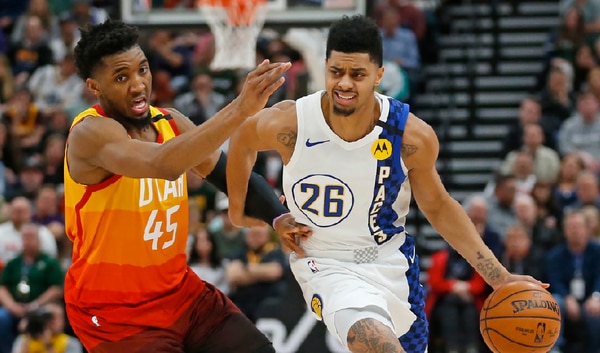 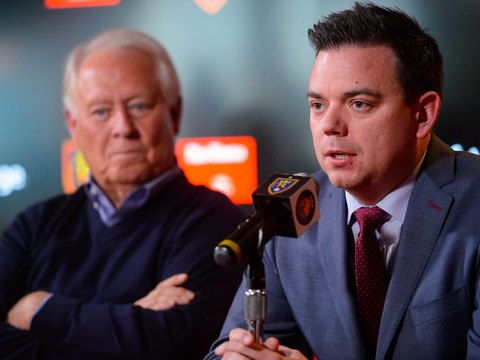 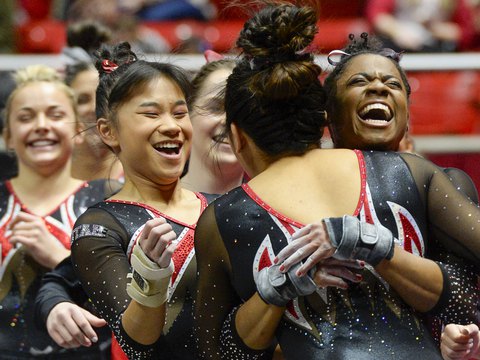 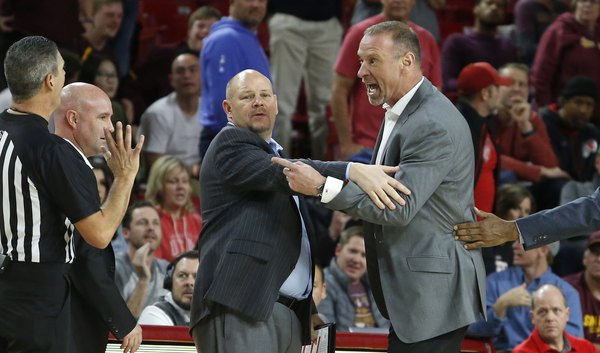 Utah Utes coach Larry Krystkowiak reprimanded by Pac-12 for criticizing officials
By Josh Newman • 17m ago
Suspect in ‘friendsgiving’ killing died after he was accidentally shot with his own gun, authorities say
By Scott D. Pierce • 28m ago
Salt River Project seeks solar energy from bidders, including Navajo Nation
By The Associated Press • 36m ago