‘Nothing lasts forever,’ but the Utes hope to keep beating BYU

Utah's season-opening game at BYU could become much more important in December.

If the Utes are contending for a College Football Playoff berth as the 2019 season winds down, as some national observers have suggested, a win over the Cougars will have helped. For now, the Utes know only that they’re playing to justify a No. 14 ranking, extend their winning streak in the rivalry and start their season on a nice trajectory.

That’s plenty to play for, but this is nothing like the 2004 matchup — not yet, anyway. Former coach Urban Meyer’s recent visit to Utah’s campus, the upcoming induction of the ’04 team into the Crimson Club Hall of Fame and the presence of two ’04 players on the coaching staff evoke comparisons to that year as the Utes prepare to kick off another promising season Thursday in Provo.

The ’04 season began with Meyer being persuaded to join in a promotional campaign with the theme of “You Ain’t Seen Nothin’ Yet,” as the follow-up to a 10-2 record in his Utah debut. The Utes ended up in the Fiesta Bowl, becoming the first school from outside of a power conference to qualify for one of the Bowl Championship Series games.

To get there, they had to defeat BYU in the regular-season finale in late November and remain unbeaten. The rivalry game came with “some special things beyond that,” said Morgan Scalley, then a Ute safety and now the team's defensive coordinator. “No teams had ever busted the BCS. … We just went into that game knowing what was at stake was much more than just rivalry smack-talk. It was [for] a BCS bowl game.”

The Utes pulled away in the second half of a 52-21 victory. Scalley and lineman Sione Po’uha, now coaching Utah’s defensive tackles, played big roles on a defense coordinated by Kyle Whittingham, who succeeded Meyer as head coach.

Meyer didn't do any media interviews during his recent visits to Utah and Utah State (Aggie coach Gary Andersen was a Ute assistant in '04) as a FOX analyst. But in a subsequent FOX Sports Radio conversation with Doug Gottlieb, he labeled the '04 season the most satisfying of a coaching career that took him to national championships with Florida and Ohio State. “When I look back and see what we did at a non-BCS school … I still believe that team on any given day could beat anybody,” Meyer said.

In a Salt Lake Tribune interview for the 10-year anniversary of that season, Meyer reflected on the buildup to the BYU game with his team standing 10-0, ESPN's “College GameDay” in town and the Fiesta Bowl opportunity on the line. He remembers then-athletic director Chris Hill saying half-kiddingly that morning, “No pressure here.”

Remember that crazy Utah-BYU game last year? Here are four takeaways that may come into play this week.

The Utes came through, in any case. The current team is dealing with less immediate pressure, except for wanting to keep beating BYU. The Utes can tie the series record of nine consecutive wins, shared by Utah's teams of 1929-37 and BYU's teams of 1979-87.

“We don’t focus on the number, whatever it is,” Whittingham said this week. But the Utes are aware of "the responsibility they feel to the people that have come through the program. They don’t want to be the group that breaks that streak. Nothing lasts forever, that’s for certain, but they don’t want to be the ones that are in that boat.”

END_OF_DOCUMENT_TOKEN_TO_BE_REPLACED

Report: NBA is targeting a July 31 return to action, but has not yet settled on a format
By Eric Walden • 19h ago 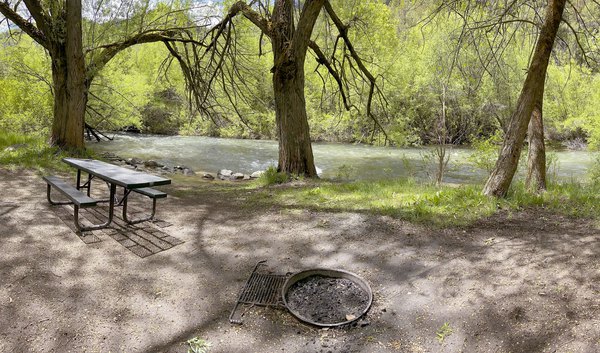 Major League teams have begun releasing minor league players. How have the Bees, Raptors and Owlz been affected?
By Julie Jag • 58m ago