In the wake of another NCAA Gymnastics Championship collapse, Utes will re-evaluate what they’re doing

Fort Worth, Texas • Following his team’s latest disappointing result in the NCAA Championships, Utah gymnastics coach Tom Farden acknowledged he and co-coach Megan Marsden have yet to figure out how to get the best out of their team on the sport’s biggest stage.

“We have to learn how to deal with that pressure,” he said.

That thought is why Utah’s success going forward might be about coaching tactics as much as it is about talent. The Utes, who finished seventh overall and failed to advance to the finals of the NCAA Championships here, believe they have the talent to be among the top teams at nationals, but must find a way to excel when the pressure is highest.

Utah thought it had a good plan for doing so this year, by changing the lineups frequently and putting the team under numerous pressure situations in practice. There was some success too with the Utes competing well at the Pac-12 Championships and the second night of the NCAA Regionals when they had to finish on the balance beam, but Friday’s outing at the NCAA Championships showed there is still something missing, whether it is a lack of pizazz, confidence or that extra sense of urgency most of the other teams seemed to show.

“It’s something that Tom and I have to work on,” Marsden said. “We need to continue to assess our training methods. One of the first things we will do as coaches is meet and discuss some of that and try to get better in our approach in the gym and training methods.”

Doing so will be challenged by the fact that the Utes lose not only some top talent, but strong leaders in MaKenna Merrell-Giles and Kari Lee. If MyKayla Skinner decides to opt out of her senior year to try for the 2020 Olympics, that will hurt Utah in both areas as well.

Skinner said she will announce her decision this week. If she goes, the Utes will use her scholarship for another gymnast.

“We will be ready either way,” Marsden said.

Even though the Utes are looking at a major rebuilding year, they aren’t without talent.

Sophomore Sydney Soloski and freshman Adrienne Randall both made big improvements this year, particularly on the balance beam. The Utes also hope to have three returners up to full speed, too, as Cammy Hall should be recovered from her Achilles tendon injury enough to help the Utes on vault as originally planned and Cristal Isa should be recovered from her season-ending elbow injury. She is strong on the uneven bars but the Utes hope for more going forward.

Red Rocks’ MyKayla Skinner frustrated after medal-less finish at NCAA Gymnastics Championships. Was this her final meet as a Ute?

Utes’ season-low score sinks them at the NCAA Gymnastics Championships

‘Let’s go freaking kill it’: Utes know they need urgency above all else to advance to the finals of the NCAA Gymnastics Championships.

'Like a one-two punch’: Utah’s MyKayla Skinner and MaKenna Merrell-Giles form one of college gymnastics’ best duos. Can they lead the Utes to the top?

“She could be a star in the all-around in my opinion,” Marsden said. “She had a difficult freshman year that didn’t go as expected, but she could have a breakout year for us next year.”

Finally, junior Missy Reinstadtler will have surgery on her foot soon. She was limited to the uneven bars for much of the 2019 season but should be available for all-around competition next year.

The Utes also signed one of their strongest classes in recent years. Two signees, Maile O’Keefe and Abby Paulson, were on the USA National Team with Skinner. The other two, Jillian Hoffman and Jaedyn Rucker, have a lot of international experience and should be able to handle several events for the Utes.

So the talent should be there. The question to be answered is, if the mentality will be there as well.

“The future is bright for those girls to keep Utah as one of the best programs in the country,” Marsden said. “We will just need to work with them a bit on handling pressure. I know Tom looks at that too when he is recruiting, finding talent and if those girls can continue to move forward.”

For the Utes’ sake, they better hope they can.


What the Utes gain:
Maile O’Keefe • Member of 2016-17 USA National Team and veteran of international competition
Abby Paulson • Member of 2016-17 USA National Team known for her dynamic performances
Jillian Hoffman • Three-time Junior Olympic national champion who could compete for an all-around spot
Jaedyn Rucker • Won the 2018 Junior Olympic vault title and is known for excelling in the power events

END_OF_DOCUMENT_TOKEN_TO_BE_REPLACED 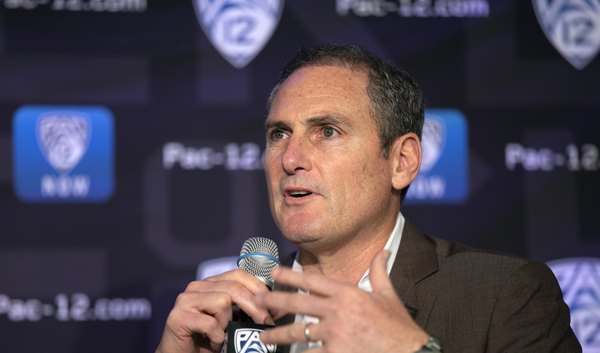 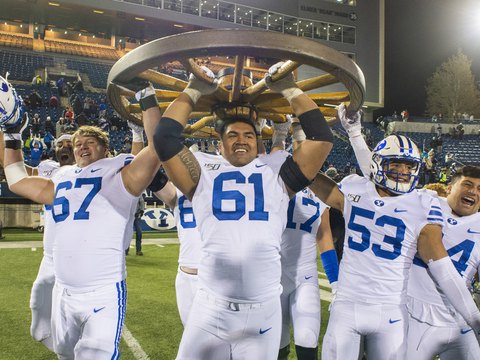 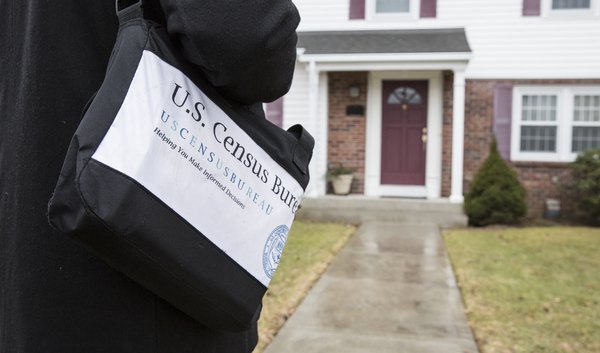 Census to come knocking in Utah: Can it finish fair count with shortened deadline?
By Lee Davidson • 12m ago