The Utes believe they are loaded at running back and plan to share the ball, even with Zack Moss getting 23 carries each game

In his return to Utah’s football program, offensive coordinator Andy Ludwig discovered this spring that he has enough capable running backs to operate his scheme.

That’s even without Zack Moss, the star from last season who was absent from practices while rehabilitating a knee injury that caused him to miss the final five games, and former No. 2 back Armand Shyne, who is transferring after sliding down the depth chart.

Ludwig is promising to give Moss a big workload, while also using the likes of Devonta’e Henry-Cole, Devin Brumfield and TJ Green.

“This program is built around the tailback position,” Ludwig said Saturday, after the Utes concluded spring practice with the Red-White Game.

That seems like a good interpretation of Ludwig’s job description, as designed by coach Kyle Whittingham. Ludwig’s mission in 2019, especially, is to maximize Moss.

The zone-read option, with the quarterback making a choice about handing off the ball or keeping it, remains in the playbook. That element keeps edge defenders from crashing inside and uses the athletic ability of quarterback Tyler Huntley. Yet Ludwig will be conscious of “making sure the system has enough plays where there’s no read; just put us in the best running play that you’re handing the ball off,” he said.

Ludwig intends to have Moss run between 23 and 27 times per game. That’s high volume, considering that no running back in college football averaged more than 23 attempts last season.

Moss’ workload will be “as many [times] as he can carry, understanding we’ve got to keep that lead tailback fresh through the course of the game and the course of the season,” Ludwig said. “This system requires depth at the tailback position, and I feel really good about that situation right now.”

Henry-Cole was the No. 1 back in the spring after missing last season with a wrist injury, although the coaches limited him Saturday. Brumfield was the most productive back in the Red-White Game, with 12 carries for 67 yards and a touchdown. The highly recruited Jordan Wilmore will join the program this summer.

Utah’s offensive line also is expecting some help, with tackle Bamidele Olaseni scheduled to arrive in June after completing academic requirements at Garden City (Kan.) Community College. “We’ve had success with junior college kids coming in and playing right away, but he’s going to have to earn it,” line coach Jim Harding said.

Amid some injuries, the line improved during the spring, when four players appeared to establish themselves: Darrin Paulo, Orlando Umana, Nick Ford and Braeden Daniels. If Olaseni steps in at tackle, there will be some shuffling to get the best five players on the field, with Paulo as the other tackle.

Tyler Huntley and Utah’s other QBs look sharp, but kicking remains a question after the Red-White Game.

Rice-Eccles Stadium expansion plan gets a $17.5 million jolt from the Garff family

“We still have a lot of work to get done, but I think there was a lot of improvement,” Harding said.

Utah’s receivers were somewhat inconsistent, but adjusted well to Ludwig’s scheme that asks them to run precise, disciplined routes. Solomon Enis was a star of the first two scrimmages and Bryan Thompson looked good after missing most of last season due to injury.

Feels good to have football in SLC again. 🙌

The red team got it done in a multitude of ways to get the 21-14 victory in @Utah_Football's Red/White Spring Game. pic.twitter.com/LcB86JfQ4Y

Walk-on Devaughn Vele made a lot of catches in practice and in the Red-White Game and veterans Samson Nacua and Demari Simpkins had their moments. Simpkins played in the slot, where Britain Covey is expected to thrive after returning from a knee injury. Ludwig often has receivers carrying the ball on sweeps.

Tight ends Cole Fotheringham and Brant Kuithe will be used in multiple ways, sometimes in the same personnel package. Kuithe, a high school running back, will line up in various spots and move around the formation.

At quarterback, Huntley performed well in his return from a broken collarbone. In the two major scrimmages and the Red-White Game, he completed 28 of 37 passes for 349 yards, with one interception. Jason Shelley held onto the No. 2 job, completing 7 of 10 passes for 87 yards and a touchdown Saturday. The competition for Huntley’s replacement in 2020 will intensify in August, especially if Texas transfer Cameron Rising receives a waiver that makes him eligible this season.

Utah also is awaiting NCAA confirmation that receiver Derrick Vickers will be able to play as a senior in 2019, via an extra year of eligibility.

END_OF_DOCUMENT_TOKEN_TO_BE_REPLACED 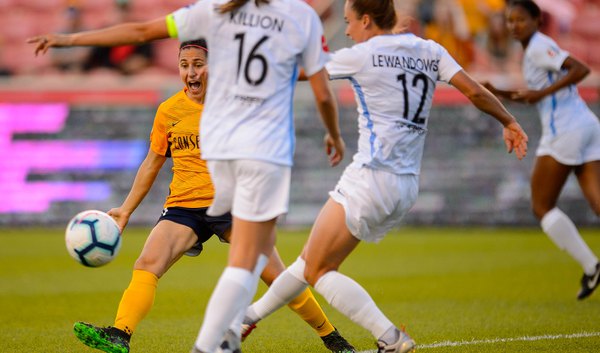 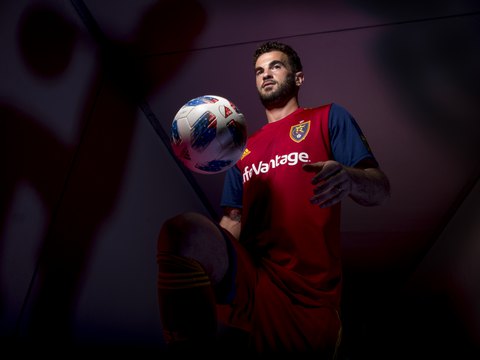 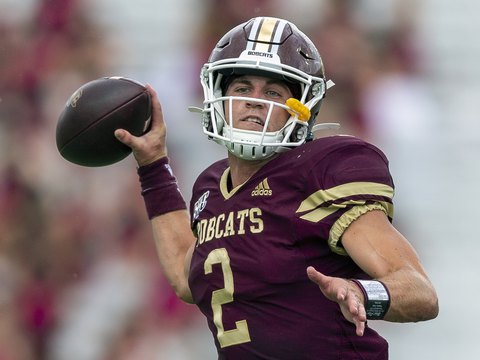 No. 12 BYU has never played Texas State, but Cougars know all about the Bobcats
By Norma Gonzalez • 6h ago
END_OF_DOCUMENT_TOKEN_TO_BE_REPLACED
L