Utah’s seniors want to end their Huntsman Center careers Sunday on a high note, because that would mean they’ve climbed above the WNIT.

Even with a six-game losing streak, the Utes know they have an NCAA Tournament shot.

Erika Bean has watched three sets of her Utah women's basketball teammates go through Senior Night ceremonies at the Huntsman Center, only to return for more home games.

The current Ute seniors can only hope Sunday’s game vs. Washington State is their last appearance in the Huntsman Center. Any other home games would mean Utah is relegated to the WNIT for a fourth straight season in coach Lynne Roberts’ tenure, after the Utes were well-positioned for much more as of earlier this month.

Utah will host Washington on Friday night and WSU on Sunday afternoon, in the scheduled farewell for four seniors: Bean, the only four-year, active player in the group; Megan Huff and Daneesha Provo, who redshirted after transferring from other schools; and Sarah Porter, who joined the team this season as a graduate transfer. They’ve all contributed to Utah’s growth, although the Utes (18-7, 7-7 Pac-12) have missed Provo’s scoring after she was lost for the season with a knee injury in the team’s conference opener Jan. 4.

“It’s a great group,” Roberts said. “They’re just all about elevating the program.”

They’ve driven the Utes’ improvement to the top half of a tough conference. Even with a six-game losing streak that reached a stunning level last Sunday at Arizona State, where Utah lost an 18-point lead in the last eight minutes, the seniors have shown what’s possible.

Bean is proud to “finish up my career on good terms, just knowing that the program is in the right place, going forward,” she said.

Huff is a WNBA prospect, having averaged 19.4 points and 9.8 rebounds this season, even with more being asked of her in Provo’s absence. She learned to be a more assertive leader, and has reminded her teammates during the losing streak that “nothing’s changed; we’re the same team” that once stood 18-1.

With only eight active players on the roster, Porter has become a rotation regular in her move from UC Santa Barbara and adjusting to this level of basketball. “It's clear; you can see the difference, coming from a mid-major to the Pac-12,” she said.

The unrelenting competition has hit home for Utah lately. Listed as a No. 6 seed in the NCAA Tournament in ESPN's Bracketology two weeks ago, the Utes have fallen out of the projected field. They're still considered the No. 2 team among “the first four out,” though. Playing their way back into the field undoubtedly would require wins over Washington and Washington State this weekend, plus strong performances next week at UCLA and USC and in the Pac-12 tournament in Las Vegas.

Losses to highly ranked Oregon and Oregon State on the road didn't hurt the Utes' credentials at all. Falling at home to USC and UCLA didn't even harm them that much. But a loss at Arizona, followed by a total collapse at ASU, now have threatened to ruin Utah's season.

Failing to reach the NCAA Tournament would be a major letdown, just because of where the Utes once stood. In recovering from Sunday’s defeat, Roberts has avoided any NCAA-related commentary, but she’s well aware of what’s available to the Utes — if they can win just one game, as a start.

Friday is their next chance to reverse the downturn. As Provo said, “These last three years have taught me a lot about myself, and it is amazing to look back and see how far I’ve come.”

The same is true of her teammates, with more to do.

END_OF_DOCUMENT_TOKEN_TO_BE_REPLACED 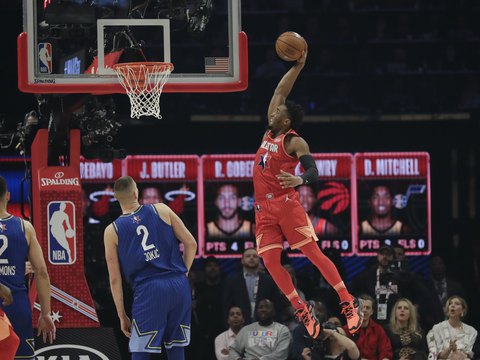