Utah and BYU agree to extend the football rivalry through 2024

The two-year extension of the football series between Utah and BYU means that in the 2023 season, the Utes will play both BYU and a Power Five opponent in September for the first time in their Pac-12 era and the Cougars will open the season with three home games against Power Five schools for the first time ever.

Utah and BYU are scheduled to meet in the early stages of every season through 2024, following an agreement announced by both schools Monday. The new dates are Sept. 16, 2023 (the third week of the season) in Provo and Sept. 7, 2024 (the second week) in Salt Lake City.

The teams will open the 2019 season Thursday, Aug. 29, at LaVell Edwards Stadium in Provo and will launch the 2020 season sometime during the Labor Day weekend at Rice-Eccles Stadium in Salt Lake City. Utah will take an eight-game winning streak against BYU into this year’s meeting; another Ute victory would match the longest run for either school in the series.

News of the 2023-24 extension didn’t receive universal approval from Ute fans, who wish that BYU would be replaced by a more challenging opponent, such as a Power Five school. But the Utes already have a home-and-home series in those seasons vs. the Big 12′s Baylor, their first Power Five regular-season opponent since Michigan in 2014 and ’15. Other fans want the Utes occasionally to face Utah State; no games currently are scheduled between the Utes and Aggies, who last met in 2015.

BYU will open the 2023 season with three straight home games, facing Tennessee of the Southeastern Conference, Virginia of the Atlantic Coast Conference and Utah of the Pac-12. That will be the first time the Cougars have played at home for the first three weeks of a season since 2005, when they hosted Boston College, Eastern Illinois and TCU, then a Mountain West rival.

Monday’s announcement was not surprising in light of Utah Athletic Director Mark Harlan’s response to his first Utah-BYU experience in November, when the Utes rallied for a 35-27 victory. “I thought it was awesome,” he said the following week. “With that kind of energy, I don’t know why you wouldn’t continue to play that game.”

Before the game, Harlan had left an opening by saying there may be an occasional year “when it makes sense for both schools” to skip the football game. Otherwise, he envisioned the game being played annually or very close to it and continued to emphasize its importance in the state.

Even so, Monday's extension signals that Harlan intends to upgrade Utah's schedule, with multiple openings in 2025, aside from a home game vs. Wyoming. The Utes have a series booked with Houston in 2026 and '27.

Former Utah Athletic Director Chris Hill treated BYU as an “A” opponent in his A-B-C nonconference scheduling approach. Hill substituted Michigan for BYU in 2014 and ’15, rather than book what he viewed as two “A” games.

Utah is in a different position now, approaching its ninth football season in the Pac-12.

BYU Athletic Director Tom Holmoe has said consistently that he wants to play Utah “in every sport that we can, every year.”

Why would we continue with BYU? High risk, low reward game. I'd rather play USU, Boise, UCF, or even Houston than a fading BYU program. Harlans first mistake @MarkHarlan_AD @Utah_Football

Why do grad BYU legislators insist that Utah play them every year in football? They haven't won the game since we were all in Kindergarten.

"IF" we play BYU every year (and that appears to be the case) then BYU has to become the "B game" so Utah can get some interesting inter-sectional games.

I don't get the disdain for the rivalry game. Sure, if BYU wins that'll hurt Utah a bit in the rankings, but it doesn't impact Utah's ability to win the Pac-12. I love the game and the energy around it. #UtahFootball #HolyWar #UtahvsBYU

For Utah, I'd like them to schedule a P5, play Utah St or BYU alternating years, and then if they must a FCS team. Preferably SUU, Weber St, or now Dixie State. To keep that revenue in state.

END_OF_DOCUMENT_TOKEN_TO_BE_REPLACED Vijay Mathur: Advisories for COVID-19 promote social goods and freedom for all
By Vijay Mathur | Special to The Tribune • 4m ago 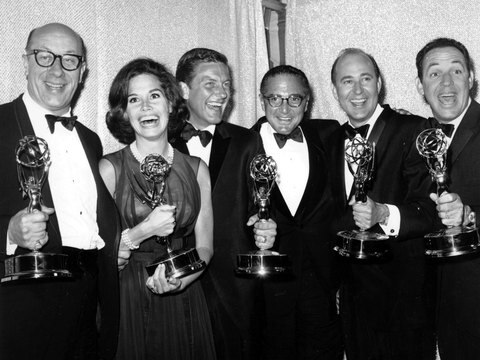 George Pyle: Carl Reiner and the television machine
By George Pyle • 4m ago