Justin Bean wasn’t sure what Neemias Queta was going to do.

The Utah State men’s basketball season was cut short after the COVID-19 pandemic caused the NCAA Tournament’s cancellation. Sam Merrill, Abel Porter and Diogo Brito were gone. Queta, who had already declared for the NBA Draft the summer before, was thought to be mulling that option again after another good season with the Aggies.

But then Bean saw the news come across Twitter — Queta was returning for his junior season at Utah State. Members of his family started jumping up and down in celebration. Bean texted Queta and said he was excited to have him back.

Queta replied with a thank you and a mission: “Let’s go get that third.”

Queta felt ready to take his game to the next level. But the coronavirus made it impossible for USU’s standout center.

First the tournament got canceled, then less than two weeks ago, the NBA postponed its draft lottery and combine. The latter event could have been an alternative way for Queta to showcase his abilities on both sides of the basketball court.

But with all the uncertainty surrounding how NBA scouts can evaluate talent, Queta thought it would make more sense to return to the Aggies for his junior season.

“I just decided that it wasn’t the right time,” Queta said. “So I just decided to come back and try to win again and just try to improve and prove everyone wrong.”

Queta had a rough start to his sophomore season. He injured his knee in a game for his home country of Portugal and missed the first month USU’s regular season. Then he suffered a bone bruise in one of his knees, which set him back soon after making his return.

But toward the end of the season, Queta started to get his legs back under him, which got some NBA scouts talking. But without those opportunities to prove himself on the biggest stages, vying for a third consecutive Mountain West Conference Tournament championship and NCAA Tournament bid has become his focus.

Queta expressed excitement about returning to the Aggies. But when asked what he was looking forward to the most, he mentioned his teammates.

“I just want to see the guys again,” Queta said. “I miss them. I wouldn’t come back if I didn’t like them.”

Queta is popular among his teammates. Many of them detailed just how impactful he is on the court and how much he impacts winning.

“Having him is such a big difference maker in what we can do and accomplish,” guard Brock Miller said. “He just brings so much to the table on the offensive and defensive end. His presence alone is what makes us so good.”

Guard Marco Anthony, who redshirted last season after transferring from Virginia, succinctly described what it meant for Queta to return.

But Queta provides more than just points, rebounds and an unavoidable defensive presence. He also brings leadership. Experience in big games. An exceptional basketball IQ. Consistency and stabilization to the team.

Coach Craig Smith said Queta will often talk to his guards and advise them on making post entry passes or coming off screen-rolls and where to pass the ball afterwards.

“Neemi approaches the game in a very professional way and obviously plays with great energy and passion,” Smith said. “But he’s also very much like a coach on the floor. He’s very, very knowledgable. He’s very smart.”

Returning a player like Queta, Smith said, impacts the team in every possible way. But he thinks two groups of players stand to benefit most: the other big guys and the younger players.

But Bean and Miller, who have played with Queta each of the last two seasons, think getting the center back for a third run will deepen the team’s continuity and chemistry that much more.

“It’s definitely going to be a huge help to have some of us experienced guys with him,” Miller said. “Chemistry is such an important thing as a team. It carries you a long way. It’s what defines you. It’s what allows you to get through those down points.”

NEEMIAS QUETA AT A GLANCE

Queta’s return will likely bring about more responsibility for the big man. Much of the offense was run through Merrill last season for good reason, and he often took the big shots with games on the line.

Absent who is yet to fill the open scholarship spots for the Aggies, it appears Queta will be the go-to guy next season. Queta said not only that he wants a bigger role, but he expects his teammates would want him to be more of a leader.

But Queta also understands that each player might have to do a little more.

“I just think it’s going to be a team effort,” Queta said. “Everyone is going to have to step up a little bit more than they did [last] year in whatever their role is.”

With Queta in tow, the Aggies are confident they’ll be in contention for another MWC championship and NCAA Tournament bid. Miller said Queta’s leadership will help set an example for the rest of the team. Queta thinks USU has “the right pieces” to make another run.

As for Smith, the all-around nature of Queta’s game is reason enough for optimism.

“The things that he does,” Smith said, “he can change the game.”

END_OF_DOCUMENT_TOKEN_TO_BE_REPLACED 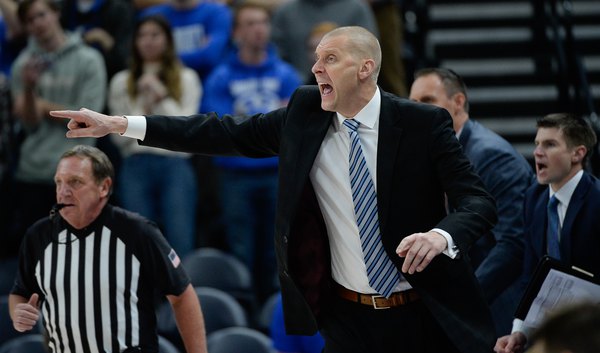 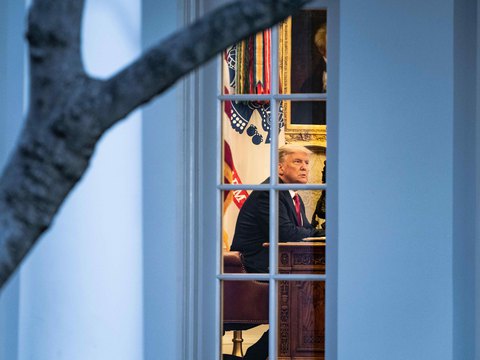