Craig Harrington came into his new gig as coach of the Utah Royals FC touting how he wanted to play “high octane” soccer. Translation: He wants to score goals.

And for a Royals team that took five games at the start of the 2019 to score more than one goal, that mentality is likely a welcome change. Former coach Laura Harvey, for better or worse, liked for Utah to be more defensive minded.

But there’s one issue as the Royals prepare to face the Houston Dash on Tuesday to start their run in the National Women’s Soccer League Challenge Cup. They’ll be without Christen Press, one of the best forwards in the world and a member of the U.S. Women’s National Team that won the FIFA Women’s World Cup last summer.

Press opted out of the tournament, citing concerns about the COVID-19 pandemic. She wasn’t the only high-profile USWNT player to do so.

But with Press out of the fold, the Royals will need to look to a collective of forwards to replace what she may have brought.

“We’ve got players across the board that are very good, attacking-minded players,” Harrington said.

One of those players is the new captain of the team, Amy Rodriguez. She netted nine goals in 2019, giving her the team’s Golden Boot award. Press finished closely behind Rodriguez with eight goals after playing 14 games — 10 less than Rodriguez.

Harrington said Rodriguez will still have the responsibility of scoring goals for Utah.

“You’re only as good as your center forward,” Harrington said.

But Rodriguez will have help. The Royals ostensibly have three new forwards joining the roster for the Challenge Cup, which will most likely be the only NWSL competition in 2020. Those players are Brittany Ratcliffe, Arielle Ship and Tziarra King.

Ship and King are brand new to the Royals. Ship was acquired in the offseason’s re-entry draft, while King was the No. 8 pick in the College Draft. Ratcliffe, however, is healthy after sitting out all last season with a torn ACL.

North Carolina Courage defeat Portland Thorns 2-1 to open NWSL tournament in Utah, but presence of a crowd is missed

Ratcliffe scored two goals in 2018 on just three shots. She also only played 10 games. But with Press out, she’ll likely have an opportunity to contribute greatly to the team’s attack.

Ship spent last season with the Washington Spirit, where she played eight games and did not score. She did contribute two assists, however.

And King is a rookie who already has URFC fans buzzing. Harrington said it’s likely that King will get some playing time Tuesday and called her “a proven goal scorer.”

Ratcliffe said both Ship and King are “awesome” forwards, and playing with Rodriguez speaks for itself as she enters her third season with the former USWNT player as her teammate.

Getting the ball into the net, thought, will require some patience.

“Obviously we want to score goals,” Ratcliffe said. “But we need to work together as a team and build chemistry, and that’s going to take time.”

Aside from the forwards, Harrington said the team’s midfielders such as Veronica Boquete, Taylor Lytle and Mallory Weber are attacking minded. Weber won’t play against Houston due to an injury.

Kelley O’Hara is also injured, and Desiree Scott will miss Tuesday’s game to attend to a personal matter. But the team’s mentality is next woman up.

“I think we’ve done a good job of managing our players and really understanding our roles,” Ratcliffe said. “And I think the people that are going to go in for the players that are out, the level’s not going to drop.”

After the league endured some controversy over which players stood or knelt during the national anthem before Saturday’s two games, it tweaked its policy Monday.

The national anthem will still be played, but players now have the option of being on the field or staying inside the locker room during the song.

“The NWSL stands behind every player, official and staff member,” NWSL Commissioner Lisa Baird said in a statement. “Kneel on the field. Stand with your hand over your heart. Honor your feelings in the privacy of the locker room or at midfield. The NWSL is a league that was built on diversity and courage and those principles will continue to drive us forward.”

Rodriguez told The Salt Lake Tribune on Sunday that the team was set to have a meeting about what message it wanted to send during the anthem on Tuesday. Elizabeth Ball, who came to Utah via the trade that sent Becky Sauerbrunn to Portland, said before the league’s announcement that she expected the team to be “united.”

“As a team everybody is extremely supportive of each other,” Ball said. “On game day, we’ll see what happens, but we are a united group. Kneeling is important to me and it’s important to a lot of the people on this team.”

END_OF_DOCUMENT_TOKEN_TO_BE_REPLACED

Sports jumps on PPP bandwagon, but big leagues take a pass
By The Associated Press • 16h ago

F.C. Dallas withdraws from the MLS is Back tournament
By Anne M. Peterson | AP Sports Writer • 21h ago
END_OF_DOCUMENT_TOKEN_TO_BE_REPLACED
L 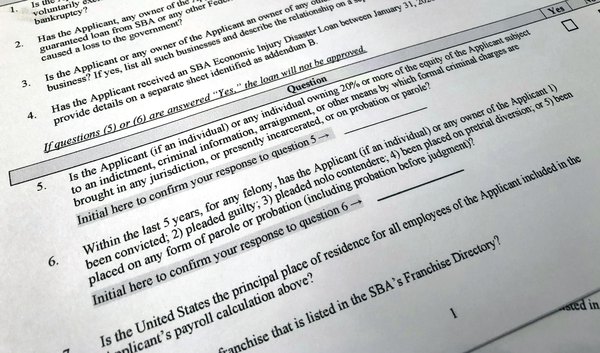 George Pyle: In pandemics, as always, follow the money
By George Pyle • 4m ago