The return of the National Women’s Soccer League also marked another return. But that one is more behind the scenes.

With the NWSL Challenge Cup starting in Utah at the end of this month, games will be played at Zions Bank Stadium and Rio Tinto Stadium. Not only that, but housing accommodations, meals and more will need to be provided to all nine teams that will participate in the monthlong tournament.

And because the Real Salt Lake organization, which includes the Utah Royals FC, is ostensibly playing host to the entire league, that also means a few dozen people are getting their jobs back.

Shortly after the league officially announced the Challenge Cup was on its way to Utah, Dell Loy Hansen said in a conference call and separately told The Salt Lake Tribune that his goal is to bring back 40 of the 90 employees who were furloughed or laid off by the organization in April.

Hansen said on the conference call that the salaries of employees who had to take a 20% pay cut will be made whole.

“I’m having a lot of fun reinstating full salaries thanks to this tournament,” Hansen said.

The layoffs and furloughs happened as a result of the MLS, NWSL and United Soccer League Championship seasons being postponed due to the COVID-19 pandemic. RSL was the first organization to announce it would cut staff in an attempt to mitigate financial losses.

Fans of the organization that’s been in Utah since 2004 were quick to voice their displeasure about the layoffs, particularly online in the form of a #DLHOut hashtag.

RSL defender Nedum Onuoha later spearheaded an effort to get financial relief to those in the organization who had lost their jobs. With the help of several players and staff members, he managed to get checks to all 90 former employees, many of whom expressed immense gratitude.

Hansen said during the conference call that he felt the furloughed employs would “do better if they took their unemployment and the government subsidies” than if the organization kept them on. He told The Tribune that with support from the federal government only lasting until the end of July for workers affected by the coronavirus pandemic, he always knew the organization “needed a path to be able to bring people back” by then.

“This is great,” Hansen told The Tribune. “We now get to bring back people. They get to go to work. We get to start to run the team the way we were used to. We can really be good for people, and that’s important.”

END_OF_DOCUMENT_TOKEN_TO_BE_REPLACED 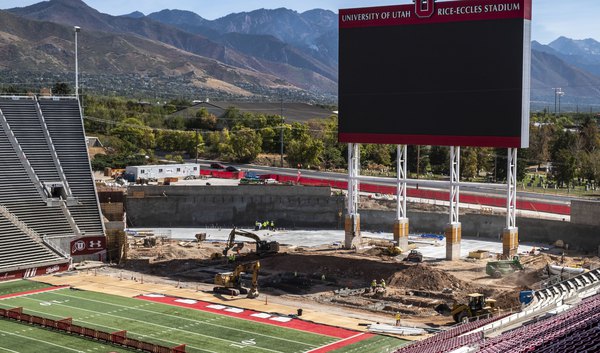 For BYU athletes like football player Chandon Herring, the pandemic has focused his faith on ‘what matters most’
By Norma Gonzalez • 1d ago
END_OF_DOCUMENT_TOKEN_TO_BE_REPLACED
L