In March 2019, Utah Jazz fans were put under a national microscope when then-Oklahoma City Thunder guard Russell Westbrook got into a heated exchange with a fan who made racially-charged comments toward him. Westbrook subsequently noted that was the second year in a row that a trip to Salt Lake City had yielded racist comments hurled at him by fans — a charge that prompted myriad other NBA players, past and present, to recall their own negative interactions with fans in Utah.

More than a year later, Jazz fans are under the microscope again — maybe or maybe not unfairly — as an Instagram post from All-Star guard Donovan Mitchell celebrating Juneteenth — which marks the end of slavery in the United States, more than two years after President Abraham Lincoln signed the Emancipation Proclamation — was inundated with disparaging and contrarian comments.

Mitchell posted an image with the words “free•ish since 1865,” along with the caption, “HAPPY JUNETEENTH.” His post is reference to the fact that even after the Emancipation Proclamation purportedly freed slaves, Black people have since been subject to “convict leasing,” Jim Crow laws, and disproportionate and systematic mass incarceration which subsequently limits access to government assistance, jobs, and voting rights. The Netflix documentary “13th” cited Bureau of Justice statistics that as of 2016, about 1 in 17 white men would be imprisoned in their lifetime, compared to 1 in 3 Black men, as well as how Black men account for 6.5% of the United States’ population, but make up 40.2% of those incarcerated in the U.S.

Many NBA players are reportedly considering not returning to conclude the 2019-20 NBA season, fearful that basketball will detract from the ongoing social and racial justice campaigns taking place across the country in response to the deaths of Black people such as George Floyd, Breonna Taylor, and Ahmaud Arbery at the hands of white people.

For what it’s worth, Mitchell’s IG post also attracted plenty of supporters — of him generally and his post specifically, as many encouraged him to keep speaking out and using his platform to effect change.

However, though there is no way to tie specific posters to their location, so as to determine if those commenting are actually Jazz fans or simply followers of Mitchell’s social media accounts, plenty of commenters worried that the negativity and obliviousness directed Mitchell’s way would be assumed to come from Utahns, and might prompt him to want to leave the team.

Among the more than 2,000 replies to Mitchell’s were those who slammed him for being “delusional” for suggesting not everyone in the United States is treated equally; there were also those angry at him for being “ungrateful,” as the wealth and celebrity he has earned from playing basketball professionally should, in their estimation, give him even more freedom. Many simply responded that they intend to “unfollow” his social media accounts now as a result.

• mintkatkit: Free-ish says the [expletive] millionaire who will never have to worry about getting by for the rest of his life, or his children’s lives. Lmao privileged rich mfer

From proximity alarms to the snitch hotline, key details emerge about life inside the NBA bubble

Gordon Monson: Sports are playing an important role in calling for and making significant change

• cosskameron: You got the same rights and privileges as me now chill out

• sims_904: You’re rich as [expletive] more than 95% of people in America shut your [expletive] trap

• james_falls_byu: We had an African American president, Spida… 8 years and he won both elections soundly

• trailcanyonstone: You might be the most free person I know, everybody in the state loves you, looks up to you, and wants to talk to you. quit being a victim it’s ridiculous. Have a conversation with Candace Owens Who I would vote for for president someday. She’s figured it out.

• warren__g4: Your [sic] free man 100% you have as much freedom as any white person in America

• brenten_garrett_ut: What do you mean freeish You literally make millions playing basketball I just lost all respect for you SPIDA

• ev_cole: What can’t black people do that white people can I’m confused

• dusty1089: Such bull, favorite player but this is delusion

• drew.crossen: You can’t say you’re not free when you are literally making millions every year to do something you [love]

• pressed_penny_collector_79: I love watching you play and I am such a big fan, but you make more money in a single game than my parents make in a single year. I don’t think it is right to compare yourself to [slaves] and not being free, because you are free and African Americans are doing great in the country.”

Though Mitchell did not reply to any of the individual Instagram commenters, he noted in a couple of subsequent posts on Twitter that such replies had certainly gotten his attention.

Back on May 29, just four days after Floyd died in police custody in Minneapolis when a white officer kneeled on his neck for nearly nine minutes, and after protests broke out throughout the country, prompting many white people to universally condemn the protesters as “looters” and “thugs” when some violence broke out, Mitchell tweeted, “Seeing a lot of people’s true colors….” He quote-tweeted that message Friday with the addendum, “Said it once and I’ll keep saying it!! Y’all can’t hide no more.”

A short time later, he tweeted again, expressing bewilderment at how fans can so openly support Black basketball players on the court, only to be so obtuse about the challenges they face off it.

Can’t see how yall can openly cheer for us then when it comes to this be against us so openly!! 🤔

“Can’t see how yall can openly cheer for us then when it comes to this be against us so openly!!” Mitchell wrote.

Still, the vast majority of commenters were either supportive of Mitchell and his message, or took aim at the negative posters, pointing out that their words only seemed to reinforce the issues that Westbrook and other NBA players have with Utah fans yet again.

Wrote user jed_banta: “Lots of disappointing comments on this post. We Jazz fans have a [long way] to go before the reputation of our fanbase is changed and I’m ashamed.”

END_OF_DOCUMENT_TOKEN_TO_BE_REPLACED 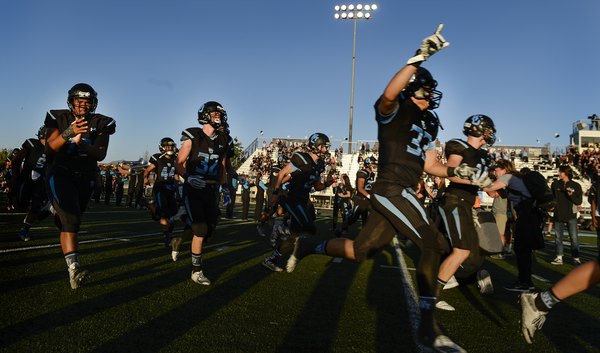 Paul Krugman: Trump’s virus is spreading, and his economy is stalling
By Paul Krugman | The New York Times • 57m ago