Eric Walden: Rudy Gobert expressed ‘fear, anxiety, and embarrassment,’ from his coronavirus quarantine. I can relate.

It’s certainly quite the understatement to say it’s been a weird few days, isn’t it?

And it’s simultaneously bizarre and yet wholly appropriate that the shutdown of sports leagues worldwide — you know, those diversions providing moments of respite for many, and the basis of employment for me — has been the least of it. If I didn’t have a firm grasp of the seriousness of the situation a week ago, as I suspect many of us didn’t, I certainly do now.

Simply reading the worldwide death toll from COVID-19 cases is a sobering slap in the face in and of itself. On a more localized basis, there’s been the governor’s news conference announcing the prohibition of gatherings of more than a hundred people, leading to the cancelation of church services, concerts, et cetera; the complete shutdown of college campuses and the “soft closing” of public schools; the swamping of grocery stores and “stocking up on” (read: hoarding of) everything from tissues to disinfectant wipes to diapers; the online price-gouging of bottles of hand sanitizer; the fights breaking out over who gets that last package of toilet paper.

Admittedly, I haven’t witnessed any of this firsthand … you know, on account of being in the midst of a 14-day home quarantine, owing to recent and extended close contact with Utah Jazz players Rudy Gobert and Donovan Mitchell, who have tested positive for COVID-19.

Because I’d never been to either New York City or Boston before in my life, I negotiated before the season with my Jazz coverage co-worker, Andy Larsen, to get the Jazz road trip spanning Cleveland, NYC, Boston and Detroit. I flew out on March 1 and returned on March 8. Major coronavirus outbreaks occurred in both New York (state) and Massachusetts (commonwealth) during that time.

Then, on March 9, I was present for that now-infamous post-shootaround media session with Gobert, in which he flippantly made it a point to touch every microphone and digital recorder on the table in front of him, mine included. I was also feet away from both Gobert and Mitchell in that night’s postgame media availability.

So while I was not on the Oklahoma City trip where all hell broke loose, my physician nevertheless recommended I isolate myself in my house for a couple weeks. It was also recommended that my wife and son self-quarantine for a few days (they were allowed their freedom as of Saturday morning).

So while I’ve been busy trying to keep up with the latest developments and still writing some stories, I’ve also had quite a bit of time to think about things.

Life has come at us pretty fast this past week, hasn’t it?

I had intended to take Wednesday night off from tweeting about the Jazz-Thunder game. I was taking my son out to a public event he’d wanted to go to for months. Still, because Andy was scheduled to do game coverage, I was on-call to potentially write a story in case the Jazz and/or NBA announced they were enacting a plan to hold future games without fans. If only that had been the extent of it.

Imagine my surprise at getting a text that something was afoot with the Jazz game, that tipoff had been delayed under murky circumstances. And then imagine my total shock — and, yes, fear — at seeing a tweet that Gobert had tested positive for COVID-19. I explained to my son that we had to leave right now, not merely because I suddenly had to write, but because my recent contact with the All-Star center might mean I shouldn’t be out in public.

Gordon Monson: Indefinitely fighting through a time in sports that is unprecedented — in Utah and far beyond

Since then, I’ve seen Gobert become a pariah of sorts, his admittedly “careless” behavior a flashpoint of anger for many people (including, reportedly, some of his own Jazz teammates) arguing his seemingly cavalier attitude endangered lives. My tweet about his microphone-touching incident has since gone viral (perhaps not the most appropriate word now, but you know what I mean), and my concluding “laughing-so-hard-I’m-crying” emoji incurred a few hundred “this hasn’t aged well” responses, and more than a few suggestions of karma coming back to bite Rudy and I alike.

As part of the Jazz’s COVID-19 response, shootaround availability was done in the ZBBC media room today rather than on the court. As Rudy Gobert got finished discussing the situation, he stood up, leaned over and made it a point to touch every mic and recorder in front of him. 😂

Admittedly, I and everyone else in the room at the time laughed. Here was Gobert showing some cheeky solidarity — a sort of “I’m not going to be scared of these media guys.” Humor is how a lot of us cope with unfortunate situations. That hasn’t stopped. The Salt Lake City Police Department put the following out on social media on Saturday morning: “Due to the confirmed case of #COVID-19 from community spread, SLCPD is asking all criminal activities/nefarious behavior to cease until further notice. We appreciate your anticipated cooperation in halting crime & thank criminals in advance.”

Still, days later, Gobert would write an apology on social media, noting that his emotions in the aftermath of his diagnosis have been “mostly fear, anxiety and embarrassment.” I can relate.

Every radio show I’ve been on since — from a local sports radio program in Edmonton to a CBS Sports Radio show all the way up to an interview with “All Things Considered” host Ari Shapiro on NPR — has asked me how I feel about Gobert touching my digital recorder now. Considering everyone from the Utah Department of Health to the Centers for Disease Control has said that momentary finger poke is actually far less likely to do anything than, you know, him actually speaking into it and potentially getting drops of saliva on it, I don’t really have any room to get bent about it.

Which isn’t to say Gobert is blameless. Clearly, there will need to be some mending of fences in the Jazz locker room, owing to the perception that his lack of seriousness recklessly endangered the team. And I get it.

That said, can we maybe stop with the public flogging and remember that he, too, is a victim in all of this? That he is not some malicious, malevolent villain intentionally infecting those around him? That it’s no fait accompli that he had the disease and spread it to Mitchell? That chances may be just as good that Mitchell had it first and gave it to him? Or that they both got it from a third, outside source? Or that they both got it from different outside sources among the thousands of people they’ve encountered over the past weeks?

Can we get past the frustration of having the NBA season at least postponed and potentially canceled, get past our righteous indignation and maybe display a little compassion for a person who is very publicly going through the most prominent medical situation on the planet? If nothing else, Gobert becoming the accidental face of this pandemic has helped us all pretty instantly treat it with the seriousness it deserves.

And that will have a far greater impact in ending this outbreak than raiding the shelves of your local Costco.

END_OF_DOCUMENT_TOKEN_TO_BE_REPLACED 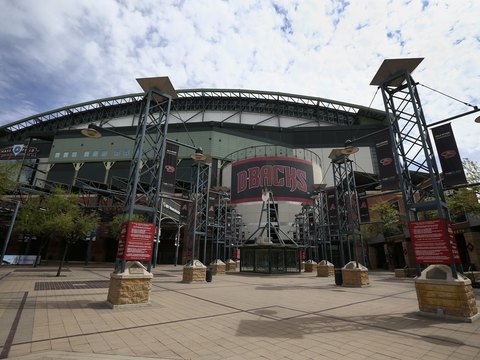 ‘Next year, we will be free’ — Salt Lake City couple celebrate an intimate, yet expansive, Passover Seder
By Peggy Fletcher Stack • 24m ago