With demand high, Jazz have capped season ticket sales for the first time in years

For the past 20 years, it has been relatively easy to fans to purchase a Jazz season ticket package with all 44 games and guarantee themselves a spot at every game. Sure, sometimes the cheapest seats weren’t available, but if you called the Jazz and offered up hundreds, thousands or tens of thousands of dollars, they’d take your money.

It seems as if Donovan Mitchell-mania has changed that too.

The Jazz have sold out of season tickets at every price point for the 2018-19 season. The sellout happened during their playoff run last season, the product of a high renewal rate and exploding interest in April and May. This summer, they’ve still been selling half-season tickets, but those sold out last week.

All in all, the team says about 13,000 “full-season-equivalents” have been sold — season tickets plus two paired half-season packages. Even when the Jazz made the Western Conference Finals with a Deron Williams-led squad, the Jazz didn’t sell this many season tickets; the team did cap season ticket sales at times during the Stockton-Malone era.

The team plans to create some sort of a formal waitlist to handle the demand for season tickets, but that program likely won’t be created until October. However, The Tribune has learned the Jazz will avoid the “personal seat license” scheme — one that has become common in the NFL and has popped up in a few high-demand NBA arenas — which asks fans to pay money for a license that allows them to pay money to buy season tickets.

Why stop selling season tickets at all? Well, it’s important to the Jazz’s long-term health that they allow new fans and regular people to have a chance to attend a game, the kind of experience they hope will keep fans hooked for life.

“It’s a goal, constantly talked about internally, is that we find a way for the average Joe family to attend a Jazz game,” said Chris Barney, Jazz senior vice president for ticketing. “That’s something that is incredibly important to Gail Miller.” Barney points to the $6 per game upper-bowl section of season tickets, promotional ticket sales to mid-week games, and the aforementioned donations that accomplish that goal.

But selling 13,000 seats through season and partial-season packages leaves 5,300 or so tickets of Vivint Smart Home Arena’s 18,306 capacity to be accounted for through other sales and giveaways.

That doesn’t mean the team sells all of those 5,300 tickets to the general public, though. Last season, about 300 tickets were purchased by players and team management and donated to local non-profit groups, usually to children’s groups like Boys and Girls Clubs. That program will likely continue, though the players won’t be asked about it until training camp. The team gives hundreds of tickets to Jr. Jazz teams, often filling out the top few rows in the upper bowl with young basketball players.

Every visiting player and coach is allotted two tickets to every game in the league’s collective bargaining agreement, though sometimes those get sold minutes before the game if they’re not going to be used. Some Jazz employees get free tickets as a perk of their employment, and some others get discounted rates.

Vivint Arena’s renovation is part of the story here, too. For 25 years, the stadium sold 19,911 tickets to every contest. But new seats, plus additional cut-in staircases for suite owners, reduced that total to 18,306.

The result is when single-game tickets go on sale on Thursday morning at 10 a.m., demand will be high, and supply more limited than at any point since the Jazz were in the NBA Finals.

But all in all, Barney’s job is easier than ever. While the Jazz sold out their last 28 regular-season games last season, as well as the entirety of the playoffs, it would be a shock if all 41 home games weren’t sold out in 2018-19.

END_OF_DOCUMENT_TOKEN_TO_BE_REPLACED 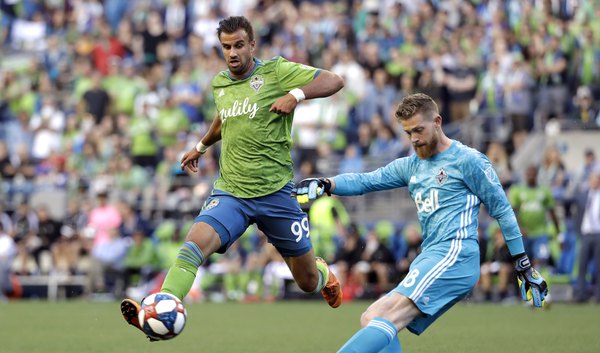 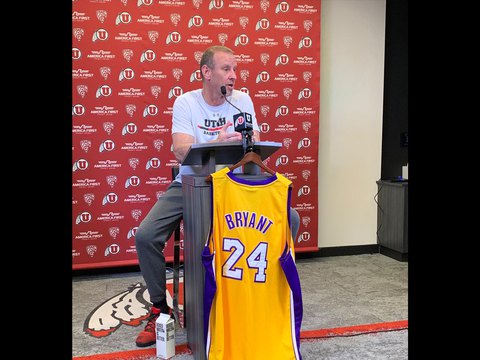 Gordon Monson: Great athletes from Kobe Bryant to Donovan Mitchell to Rudy Gobert share this single key attribute. Maybe you share it, too.
By Gordon Monson • 1d ago
END_OF_DOCUMENT_TOKEN_TO_BE_REPLACED
L

Frank Bruni: John Bolton may get the last laugh
By Frank Bruni | The New York Times • 35m ago