On his 33rd birthday, the King hopes to get his first win at Vivint Smart Home Arena since 2010-11 season.

At 33 years old, the King has learned to poke fun at himself.

Reflecting on his six-game losing streak at Vivint Smart Home Arena, LeBron James had an explanation.

“I suck here,” he said, tongue firmly in cheek. “I personally don’t suck. But my team sucks. When we come here, we cannot win a game. Hopefully we can change that tonight.”

LeBron James on his six game losing streak in Utah: “I suck here.”

Later amended to: “I don’t personally suck, but my teams suck here.” pic.twitter.com/SEarqE9OSK

Saturday, when the Cleveland Cavaliers (24-11) will face the Utah Jazz (15-21), is James’ 33rd birthday. And morning shootaround found him at times lighthearted, but at times deeply introspective about his life and career.

In his 15th year in the NBA, James has learned a lot, and he’s done it under near-constant scrutiny of the media which has latched onto him since he appeared on the cover of Sports Illustrated as a 17-year-old in Akron.

“When you come from where I come from, it doesn’t matter where your birthday is,” he said. “The way I grew up, not many guys make it past 18. The position I’m in today, I’m blessed. I don’t take it for granted.”

The celebrations for his birthday have been mostly kept under wraps. James acknowledged he got a card from his mom, which have always been “on point,” he said. The Cavs spent Friday in Napa Valley, presumably going through wine country. James said it was “phenomenal” and added nothing more.

Those are somewhat muted celebrations compared to his 18th and 21st birthdays, which James reflected on as well. He joked that he tried to get into clubs when he first got into the NBA, which often didn’t work because he was already a celebrity.

“People had known my story for so long, there was always certain clubs and stuff I used to go to, and they were like, ‘C’mon LeBron, we know you’re not 21 — we cannot let you in here and mess up our liquor license,’” he said. “So 21 was pretty cool too, especially when I went to Vegas with USA basketball so much when I turned 21 and went to Vegas that summer. I was like, ‘I’m back,’ and I was so happy to show my card.”

LeBron James talks about his favorite birthdays, 18 and 21. Unfortunately I missed the part where someone asked if he ever used a fake ID and he said, “S— who was I gonna be?” pic.twitter.com/m41HQR4RO1

What LeBron really would like for his birthday this year? A road victory over the Jazz, which he hasn’t gotten since the 2010-11 season.

The common thread might be that he always seems to face the Jazz at the end of his road trips, which is the case in this game. He also said he’s noticed the fans are revved up to see him.

“So much energy, and the guys, they get energetic,” he said. “Obviously they’re gonna use this whole birthday thing today — the fans are gonna crack jokes about me.”

That’s real experience: Getting out his jokes ahead of the crowd.

END_OF_DOCUMENT_TOKEN_TO_BE_REPLACED 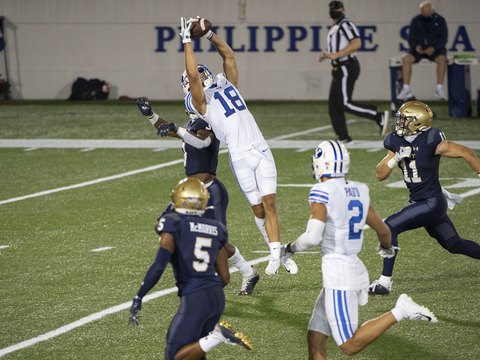 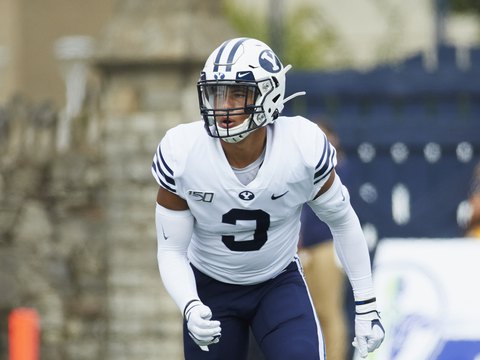 There’s a ‘Mormon’ in the new season of ‘Fargo,’ and a Utahn is one of the writers/producers
By Scott D. Pierce • 54m ago