While the Utah Jazz Summer League group is hunkered down and concentrated on preparing for Monday's games, free agency and trades obviously leak in.

Jazz assistant and Summer League coach Alex Jensen said he's tried to focus on his own team, but since the Jazz traded for Ricky Rubio on Friday, he's formed an opinion.

Utah added Rubio in the hours before the start of free agency, using cap space to secure the point guard position for the upcoming season. Rubio, 26, has spent his first six seasons in the NBA in Minnesota, where he has been among the league's top five assist-men in three seasons, and top 10 in steals for four seasons.

Dante Exum, who has his own ambitions at point guard this upcoming season, said he's looking forward to having Rubio on the squad.

"It's going to be great," Exum said. "Another international guy, bring some more international ball to Utah. He's been great for where he's played and what he's done, just his ability to defend and find guys on the offensive end."

Rubio lacks consistent shooting, but his assists (8.5 per game career average) and steals (2.1 per game) offer a lot both offensively and defensively. He's also uncommonly experienced for his age, having played professional basketball in his native Spain from 2005 to 2011. He played on FC Barcelona with Jazz restricted free agent Joe Ingles.

Exum said he's eager to see what it's like to be Rubio's teammate as well.

"He can play slow, he drags the beat very well," he said. "It's one of the things when I'm working on it, it's like, 'Do it like Rubio.' So hopefully I can get to see what he does in practice and incorporate that into my game."

As a point guard, there's a slightly higher mental burden for Williams-Goss. The first few practices have some things in common with his pre-draft workout, but on overdrive. He's getting familiar with a lot of Jazz basketball concepts, particularly in keeping the ball moving and getting back on defense.

"Don't let the ball go middle, make sure we're in transition D every single time which takes a lot of communication," he said. "I just think it's a lot, but I think they're doing a great job of teaching us."

But as the West Coast Conference player of the year at Gonzaga, Williams-Goss is used to high expectations, and he believes that his history in college and his natural feel for the game has helped him adjust more naturally to the NBA level — albeit for only two days.

He thinks his communication will be key in advancing his career.

"It's just kind of who I am," he said. "The more I can talk, the more it comes off on other players."

Jensen likes Stars coach hire • When the Salt Lake City Stars were looking for a new coach, Jensen said he wanted to stay out of it. But he did have his eye on a few names on their list.
When the Stars went with Martin Schiller, a 33-year-old who has coached mostly in Germany, Jensen approved from afar.

Jensen worked with Schiller on the German national team in 2015, and came away with a deep appreciation for him. Schiller, a native Austria, has served as an assistant for several German teams in the last few years.

"He works hard, and that's what you want out of a coach," Jensen said. "He's very detail oriented like a lot of Germans [sic] are. It's great."

END_OF_DOCUMENT_TOKEN_TO_BE_REPLACED 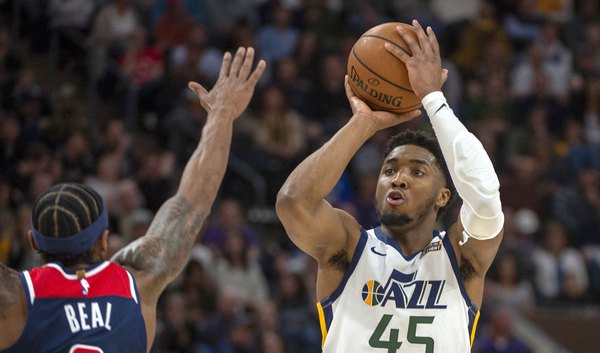 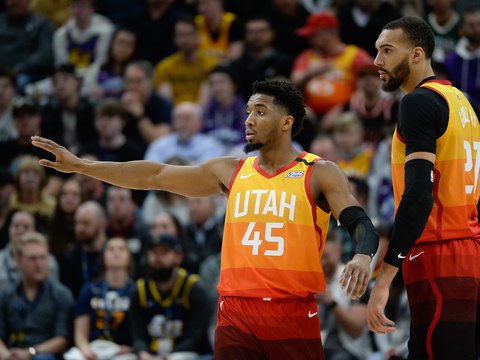 All Utah Jazz players cleared by Utah Department of Health; here’s what else they’ve been up to during the NBA hiatus
By Eric Walden • March 27
END_OF_DOCUMENT_TOKEN_TO_BE_REPLACED
L

Commentary: Family caregivers are the invisible health care workers
By Lee Ellington, Rebecca Utz and Debra Scammon | Special to The Tribune • 35m ago