BYU gets San Diego State back on the schedule, Cougars up to 10 games for the 2020 season

BYU has regained a second originally scheduled opponent in as many days. A day after announcing the Cougars would face Boise State, BYU announced the addition of San Diego State on Dec. 12 at LaVell Edwards Stadium.

The universities were originally scheduled to play each other this season on Nov. 14, but the game was canceled when the Mountain West Conference opted to postpone its 2020 season on Aug. 10.

“We are excited to have the Aztecs back on the schedule,” BYU athletic director Tom Holmoe said. “We share a long history of exciting games over many decades. We are pleased the Mountain West Conference determined to play football in 2020 and worked with San Diego State to allow this previously scheduled nonconference game to be played.”

The Aztecs are coming off a 10-win season that included a 13-3 win over BYU in San Diego and was capped off with a 48-11 victory over Central Michigan in the New Mexico Bowl.

This will be the first time San Diego State and BYU will meet at LaVell Edwards Stadium since 2010, when both schools were in the Mountain West Conference.

BYU, Boise State will meet in Boise on Nov. 7

BYU quarterback Zach Wilson is completing 80% of his passes. Will he be able to keep that up?

A month into the pandemic-revised 2020 schedule, BYU keeps rolling with the punches

BYU in review: Stout defense paves the way for stellar offense in rout of Trojans

When the Mountain West opted to postpone the season, the Cougars were down to only three games on the 2020 schedule. But with the newest addition, BYU is now up to 10 games on the schedule.

END_OF_DOCUMENT_TOKEN_TO_BE_REPLACED 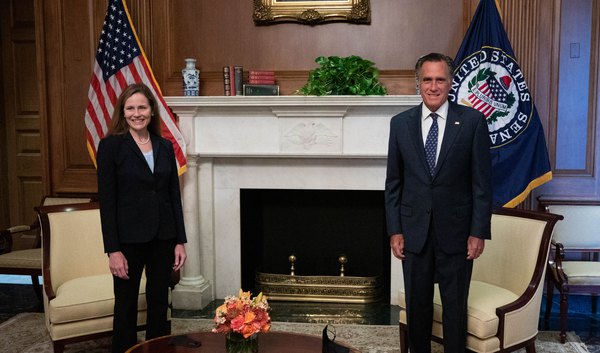 Mitt Romney says Amy Coney Barrett is needed to stop slide in faith in government
By Lee Davidson • 23m ago
Millard County man arrested for DUI, accused of coughing on nurses, saying he has COVID-19
By Sean P. Means • 1h ago