By midweek, BYU still hadn’t announced who will get the starting quarterback gig, either Jaren Hall or Baylor Romney.

It may not give the Cougars that big of an advantage come Saturday at Utah State — the offense has worked pretty much the same with both Hall and Romney calling the plays, and even when season starter Zach Wilson was leading the offense — but it couldn’t hurt to keep it hush hush.

After all, what's an in-state rivalry game without some scheming?

“Obviously, we wouldn't want to give up any information before we need to,” offensive coordinator Jeff Grimes said.

BYU has started three quarterbacks in the past three games.

Wilson was injured (fractured right thumb) at Toledo. Hall started the following game at South Florida, but suffered concussion symptoms toward the end of the game. Romney got the start against then-No. 14 Boise State and played a complete game in the Cougars’ 28-25 upset win.

Before being sidelined, Wilson had thrown for 1,312 yards and five touchdowns on .617 throwing, while giving up four interceptions. Hall had 15-of-23 throwing at USF for 148 yards and one touchdown before having to leave the game. Romney threw for 294 yards and two touchdowns on 21-of-31 passing.

Neither Hall nor Romney gave up any turnovers in their starting performance. Either one of them will get the start against the Aggies.

Quarterbacks coach Aaron Roderick said he's worked on a few teams where they haven't even had one strong quarterback, so it's been good to be on a staff with such depth at QB. And the competition for the start, at any position, helps with team confidence.

“It's good to know that we have some guys that can play,” Roderick said. “We still have a lot to prove. I mean, we won a nice game last week, but we've got a long way to go. But I like the way the guys are competing.”

While the decision of who will get the start will be a staff agreement, Roderick will take the lead on it.

No. 14 Boise State is the latest nationally ranked team to visit Provo, but the stakes are higher for BYU this time

He spends the most time with the quarterbacks, has the most interaction with the group and has watched them more closely than anybody else.

However, Roderick will take the other offensive coaches' opinions into consideration before running it up to head coach Kalani Sitake.

“I’ll take the heat — it’s probably as much my decision as anyone’s,” Roderick said.

Hall and Romney have been competing for the start for a week and a half now, and so far Roderick has liked what he sees. The pair brings out the best in each other and work together for the team.

While the competition seems to be between those two, the Cougars still have added depth in Joe Critchlow, who played in six games during the 2017 season.

Between the four of them, they've helped coach each other up, Roderick said.

And it seems that Wilson's recovery is coming along faster than expected.

“I saw him throwing footballs today, so he's way ahead of where we thought,” Roderick added.

Running back Lopini Katoa hadn’t quite noticed the Cougars had a different starting quarterback in each of the past three games — in part because they’ve had two bye weeks since the Toledo game, but also because they all feel like the same group.

The only slight difference between Hall and Romney, Katoa said, is that Hall likes to run the ball a little more. Other than that, both are fairly similar.

Come Saturday, though, Katoa will feel comfortable with either of them leading the offense.

“I think it’s nice that at least we’ve played a game with both of them, so it’s not like there’s anybody coming in brand new,” Katoa said. “And I feel like in practice you couldn’t really tell — they both take great reps. It just feels normal when either one is in.”

END_OF_DOCUMENT_TOKEN_TO_BE_REPLACED 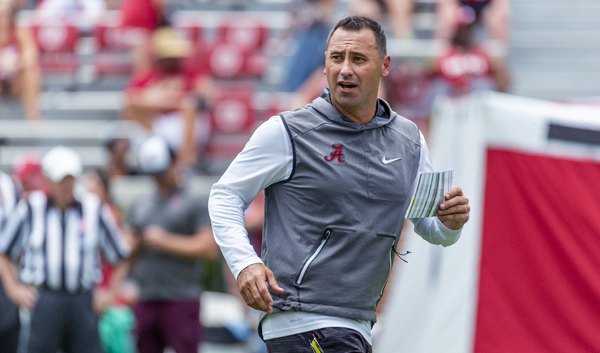 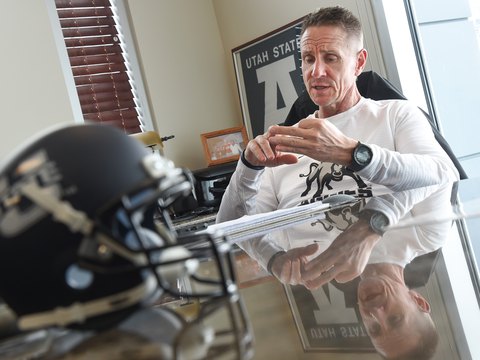 Leonard Pitts: Karen’s got a gun, but she needs a book
By Leonard Pitts | The Miami Herald • 28m ago

In the parched Southwest, a warm spring renews the threat of a ‘megadrought’
By Henry Fountain | The New York Times • 29m ago