Provo • Five weeks on the job — which included a 27-hour flight to West Africa for a 90-minute home recruiting visit — hasn’t altered new BYU basketball coach Mark Pope’s vision for a program that many believe is institutionally shackled from rising to greater heights than former coach Dave Rose was able to take it.

“I am just dumb enough to think that we can accomplish everything that you dream about accomplishing in college basketball,” Pope said Thursday. “I believe we can do it right here.”

in an hour-long discussion with beat writers who cover the program on a daily basis, Pope said he has come to realize that he has a “monumental task” in front of him since taking the job on April 12 and hiring assistants Chris Burgess, Cody Fueger and Nick Robinson on April 24.

But the former Utah Valley coach and BYU assistant from 2011-15 believes he can get the Cougars back to the NCAA Tournament for the first time since 2015, then annually in the Top 25, then challenging for a Final Four berth.

“I am not naive to how incredibly impossible that task is,” he said. “I am not saying that. I am just saying that we have the resources, and we have some unique strengths here, and we certainly have the care [from fans and the administration]. We have all those ingredients that you have to have, I think, to really, legitimately, put yourself in position to get everything done. And I think we can.”

Reminded that the program will almost certainly lose its leading scorer and rebounder from 2018-19 — forward Yoeli Childs — to professional basketball and has a gaping hole inside, Pope insisted that the Cougars will be able to win immediately, even if it means playing small ball or using other ways to find success.

Childs, who was not invited to participate in the NBA Combine or the NBA’s G League Combine and quite likely will not be drafted, has until May 29 to decide to return to BYU. Those close to him insist he’s long gone, but there’s always a chance he changes his mind.

Pope acknowledged he’s discussed the matter with Childs, but mostly danced around questions about how those talks went — a rarity for the normally straightforward coach. On the other hand, he acknowledged the need for more bigs, perhaps signalling he would be shocked if Childs returns.

As it is, the Cougars will have five seniors — returners TJ Haws, Dalton Nixon, Zac Seljaas, Nick Emery and Jake Toolson, the graduate transfer from UVU who has said he will play for Pope this coming season but has not been officially announced by BYU as having joined the team.

Wasatch Academy’s Caleb Lohner would be a huge get for BYU’s new basketball coach. Can Mark Pope close the deal?

Eye on the Y: Another UVU player says he is following new BYU men’s basketball coach Mark Pope to Provo

A source close to Toolson said the process of getting into a graduate program at BYU is “tricky” but expects it to happen soon. The roster will also include four sophomores — Gavin Baxter, Connor Harding, Gonzaga transfer Jesse Wade and Kolby Lee — and freshman returned missionary Trevin Knell, who once committed to Cal. Baxter and Lee, who are each 6-foot-9, are the only legitimate bigs.

Two other UVU transfers, forwards Richard Harward and Wyatt Lowell, must sit out a year but will take up two of the allotted 13 scholarships, meaning Pope has one scholarship left to hand out. The penalty of having a scholarship stripped by the NCAA last fall in the improper benefits case regarding Emery was served last season, Pope said, while declining to divulge which players on the 2019-20 roster will be on scholarship and which will be considered walk-ons — though he did say Emery would return next season.

Pope said more than a month of watching how hard players work has shown him that the seniors “deserve” to win, especially Haws, the point guard who will be directing his fourth offensive system in as many years.

“Our job is to come win. You always have your heart solely, solely focused on winning the game in front of you," Pope said. "Then you always have your mind and place on growing the program. ... But we want to win more than people think we can win. This is a deadly serious basketball program. We are here to win, and that’s our goal, and that’s what we have our mindset as.”

Without acknowledging that the trip to West Africa was to visit the parents of highly recruited Wasatch Academy forward Mady Sissoko, a rising senior, Pope said he’s been impressed by the weight the BYU brand carries as he’s been on the recruiting trail.

Among other items, Pope said talks are underway for a “longterm” scheduling agreement with UVU, and he is “a sucker for blue bloods,” meaning he would like to get the likes of Kentucky, Duke, UCLA and Michigan State into the Marriott Center, even if it takes a two-for-one scheduling deal.

The Cougars will still travel to Italy in August for some exhibition games, a plan made when Rose was the coach.

Having put a priority on hiring assistant coaches as quickly as possible, Pope said he’s not in a huge hurry to hire a director of basketball operations or a video coordinator. He said the emphasis there will be bringing “newness and freshness” to the program.

END_OF_DOCUMENT_TOKEN_TO_BE_REPLACED 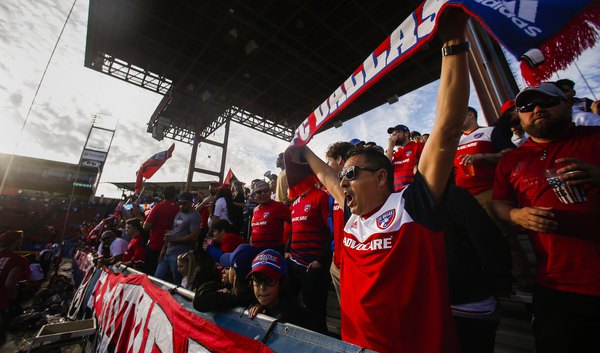