Monson: Two things you must know about new BYU basketball coach Mark Pope: He’ll stand up for his players and he won’t punch a ref.

The tall BYU assistant coach stood up to argue a bad call with a referee, and the prickly, sensitive ref reacted as though that assistant had carelessly, and maybe purposely, maliciously, rear-ended his bejeweled SUV, the old classic one with huge, overcompensating deep-dish Crager mags. He jumped out and over, exploding into a lecture at the assistant unlike anything I’ve ever seen in college basketball, or basketball at any level.

The setting, as best as I can recall, was a tight game between BYU and Gonzaga at the Marriott Center a few years back. The Cougars had little to play for that day other than pride. They already had lost too many league games and had no shot at a WCC title, and had little hope of making the NCAA Tournament. The Bulldogs were attempting to do something they’d never before done — ascend to a No. 1 ranking in the polls, and land a top seed in the big tournament.

The play on the floor seemed meaningful, the crowd loud, the players diving all over the place, hitting the boards hard, the coaches immersed in the action. And then, in the midst of it all, the ref made that lousy call, a call your 95-year-old great grandma with severe macular degeneration could have made right. The ref missed it.

That’s when Mark Pope stood up and started expressing his opinion.

Pope is known as a nice man, a good guy, a self-assured, outgoing sort, somebody you’d want to take in your house pets for two weeks while you’re vacationing in the Bahamas. He’d feed them and walk them and love them up in your absence. He’s a kind, conscientious person.

That’s unusual for a basketball coach. Most of them are egocentric and self-important, and a little paranoid, worried not only about what opponents are doing, what bosses who control their employment think of them, but also what their own staff is up to, who’s maneuvering behind their backs for a head coaching job somewhere else, or even as a replacement where they are.

Pope is not that.

He’s got a sound basketball mind and a strong background, having played in college, winning a national championship at Kentucky, but also having spent seven seasons as a scrub in the NBA, mixed in with stints with the La Crosse Bobcats and Ulkerspor, a Turkish team. He was nobody’s star. The 6-foot-10 forward averaged 1.9 points and 1.7 rebounds while playing for Indiana, Milwaukee and Denver. His all-time game high for points was 10 and for rebounding seven. But he spent a lot of time around other players who were stars, around coaches who knew the game.

Being in that environment doesn’t always translate to becoming a great coach. But it’s a start. Speaking of being around greatness, Pope’s wife, Lee Anne, was once an assistant to David Letterman.

Pope eventually landed at BYU as an assistant for four years, after coaching at Georgia and Wake Forest, and took over afterward at Utah Valley as the top dog. He showed at the Orem school that he could lead a program, and do it well. The Wolverines were 48-21 over the past two seasons, achieving some of that success with castoffs from BYU. A high mark for him was when his team went into the Marriott Center and thumped the Cougars in front of a shocked crowd.

Back to the Gonzaga game.

Congeniality be damned, Pope stood up for his guy and his team, protesting that call with vehemence. He knew he was right and that likely ticked off the official, some nameless guy in a striped shirt, even more.

That referee tore into Pope, told him to sit down, and stood over him for 30 seconds, scolding him in a most demeaning, demonstrative manner, his head bobbing, his finger wagging. He treated Pope as though he were dumping a garbage bin on the curb. It was too, too much. It was like a schoolmaster preaching at a student about lacking discipline when the schoolmaster was requiring none of that discipline from himself. If I had been Pope, I would have punched the dude with the small brain and the big whistle.

But in that moment, as I watched, I figured Pope had the demeanor to be a good coach — demonstrating the strength to stand up to a wrong, and the composure to control himself while withstanding a nasty, unjust barrage for being right.

Will he show the required knowledge to properly coach and demonstrate the charisma necessary to draw in the kinds of athletes the Cougars need to do anything more than what Dave Rose was achieving before he left? Can he maneuver through and succeed with the unique circumstances at BYU?

Rick Pitino, Pope’s former coach and an indisputable beacon of coaching propriety — or, at least, a cheater who knows how to win — thinks he can. Pitino calls Pope, “A superstar on the horizon.”

This much is absolutely in the bank: He’ll stand up for his players and he won’t punch a ref.

END_OF_DOCUMENT_TOKEN_TO_BE_REPLACED

Gale Sayers, Chicago Bears Hall of Fame running back, dies at 77
By The Associated Press • 21h ago 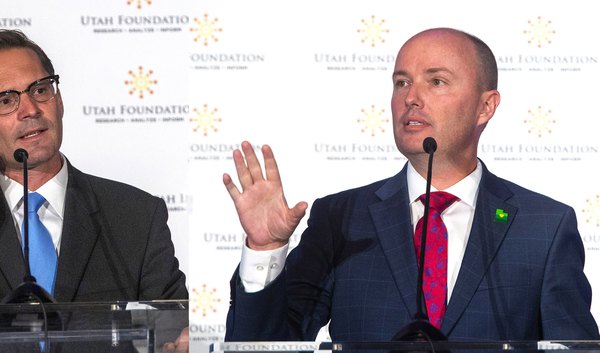 Letter: Scheduling gubernatorial and presidential debates at same time is a travesty
By Paula Ashcraft | The Public Forum • 32m ago 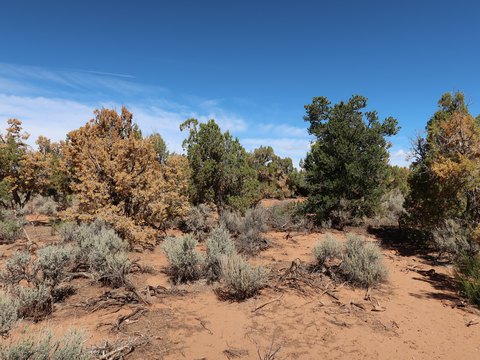 Letter: BLM owes us a hearing before clearing trees
By Carolyn Jackson | The Public Forum • 32m ago

Letter: Let’s work to forge a more positive outlook on life
By Seth Anderson | The Public Forum • 32m ago