Provo • For the first time since he hired longtime assistant Dave Rose to succeed Steve Cleveland prior to the 2005-06 season, BYU athletic director Tom Holmoe has a basketball coaching search on his hands.

Rose, 61, is expected to announce his retirement on Tuesday at a 1 p.m. news conference in the Marriott Center.

Holmoe’s search will be narrow, considering head coaches at BYU — which is owned and operated by The Church of Jesus Christ of Latter-day Saints — must be members of that faith. Holmoe stated that unequivocally in December of 2015 when football coach Bronco Mendenhall left for Virginia.

Reports have already surfaced that Utah Valley University coach Mark Pope, a former BYU assistant under Rose from 2011-15, has been offered the job. The Salt Lake Tribune has not been able to confirm those reports.

Pope, 46, led the Wolverines to a school-record 25 wins this past season, and coached UVU to a 114-101 win over BYU in November of 2-16. Pope is married to Lee Anne Archibald, daughter of former University of Utah coach Lynn Archibald, and the couple has four daughters.

Pope is 77-56 in four years at UVU; The Wolverines placed second in the WAC to New Mexico State the past two seasons.

The job is likely his if he wants it.

Would Jeff Judkins be interested? He told The Tribune last year that “that ship has probably sailed,” when he was asked if he would ever consider moving offices in the Marriott Center Annex.

Los Angeles Lakers assistant coach Mark “Mad Dog” Madsen, 43, has expressed interest in coaching at BYU in the past and interviewed for the assistant coaching job last year that went to former BYU standout Lee Cummard.

Some BYU boosters are pushing for Utah Jazz assistant Alex Jensen, a former head coach in the NBA Developmental League who played for Rick Majerus at Utah and coached under him at Saint Louis. Jensen has never publicly expressed interest in leaving the NBA for a college job, however.

The new coach will be charged with reviving a fanbase that declined precipitously in 2018-19.

The Cougars averaged 11,958 in 16 home games this season, 29th-best in the country, but 2,362 fewer fans per game than last season. It was their lowest home attendance since the 2005-06 season, Rose’s first year. Many programs around college basketball have experienced drop-offs in attendance, but few that drastic in a single year.

END_OF_DOCUMENT_TOKEN_TO_BE_REPLACED

What is Utah’s eligibility situation with sports postponed? The NCAA helped, but questions remain.
By Josh Newman • 18h ago
END_OF_DOCUMENT_TOKEN_TO_BE_REPLACED
L

Navajo president: Schools should use online learning in fall
By The Associated Press • 13m ago 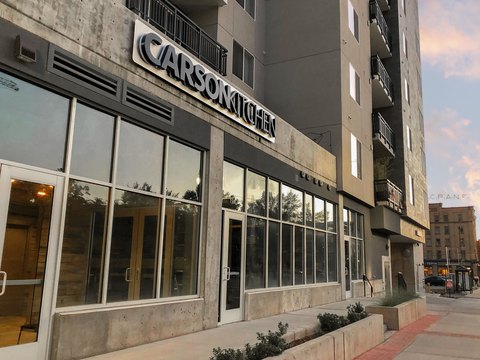