Provo • BYU just couldn’t seem to shake Pacific on Saturday night at the Marriott Center, a place where it usually rolls past any West Coast Conference team not named Saint Mary’s or Gonzaga.

Second-leading scorer TJ Haws was struggling offensively, the Tigers were killing the Cougars on the offensive glass, and every big shot BYU made was answered by the visitors until late in the second half.

Naturally, BYU finished off Pacific with defense, of all things.

Haws forced Pacific turnovers on back-to-back possessions with under five minutes remaining that led to five quick points, and the Cougars gutted out a 69-59 win in front of an announced crowd of 11,406 to remain in second place in the league standings.

“TJ is a great player, and that’s what great players have to do,” said BYU forward Yoeli Childs, who registered his 14th double-double with 19 points and 13 rebounds. “His offense wasn’t as good as it has been, but he did a great job on the defensive end, and with his playmaking. … If shots aren’t falling, a lot of guys go away, and TJ didn’t go away tonight. That’s why he is who he is.”

Haws finished with just eight points on 1-of-8 shooting, but still had seven assists and five rebounds.

Freshman Connor Harding was more than happy to pick up the slack. Benched two games ago, Harding made three 3-pointers and scored 13 points off the bench.

“It is just all about competing, I feel like, especially against Pacific,” Harding said. “Like Yoeli said, it is a dogfight through and through [against Pacific]. So I knew that I just had to mentally prepare myself.”

Roberto Gallinat led Pacific with 15 points, but was involved in an ugly incident that could have been worse if officials hadn’t calmed tempers with less than a minute remaining and the Cougars ahead by 10.

Gallinat was assessed a technical foul for taking a swipe at Nick Emery’s throat after a scramble for a loose ball, but was not ejected.

“You can just tell, there is a lot of heart and soul put into these games by both teams,” BYU coach Dave Rose said. “Both teams are engaged in this thing, and coaching staffs and players. You get to the end of the game and things aren’t going your way, and there is an aggressive play on the ball, on the floor. You hate to see those kinds of things happen, but I thought it was controlled pretty well and the refs did the best that they can.”

Childs said it was as heated as the game a month ago in Stockton, Calif., when 60 fouls were called and BYU eked out a 90-87 win.

“A dogfight. That’s how it always is when you play those guys,” Childs said. “They kind of muck the game up a little bit. They don’t try to beat you on skill. They try to beat you more on just being physical. They really come in and try to punk you and I think we did a good job of matching their physicality and their intensity. I am just proud of the way everybody fought.”

Neither team led by more than four in a see-saw second half until Luke Worthington hit a layup and Emery swished a 3-pointer to give the Cougars a 63-57 advantage with just over four minutes left.

After a timeout, Worthington added a rebound basket and Haws hit a pair of free throws to give the Cougars some breathing room, and they held on. Rose said Worthington was in the game because he knows how to execute and set screens on offense and guard the pick-and-roll on defense.

“And when the ball is on the floor, he’s diving on it,” Rose said. “He’s going after it. The layup on the pick-and-roll I think was a bonus. But the other things were what we expected him to do. So, really big minutes for him.”

The Cougars improved to 8-3 in league play, 16-10 overall, and will hit the road this week for games at San Diego on Thursday and Loyola Marymount on Saturday.

END_OF_DOCUMENT_TOKEN_TO_BE_REPLACED 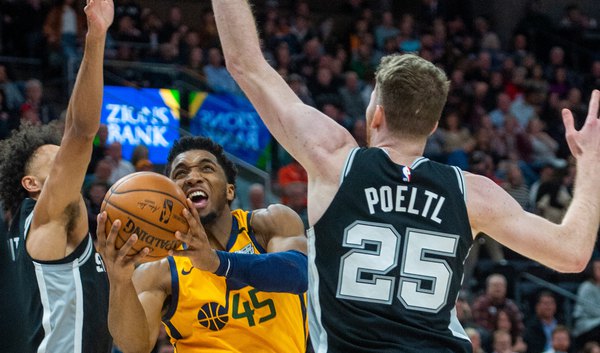 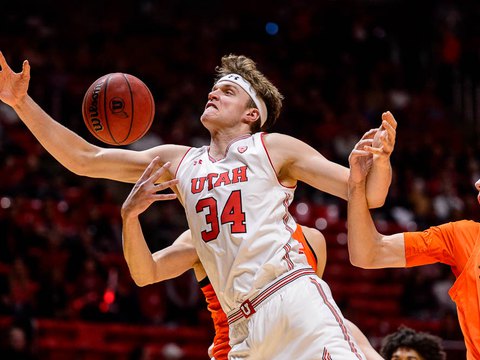