Don’t look now, but BYU is 7-3 in WCC play and all alone in second place. The Cougars host Pacific on Saturday night

BYU appears to be improving defensively, holding last two opponents to under 50 points

They hit the archives again this week, looking for the last time the Cougars held consecutive opponents to fewer than 50 points after BYU drubbed Loyola Marymount 67-49 last Saturday and Portland 83-48 on Thursday at Chiles Center.

Such is life in the West Coast Conference, where the quality of opponents swings wildly — often in the same week — from one of the best teams in the country to one of the worst.

With that notable caveat out of the way, we hesitantly mention that coach Dave Rose’s 15-10 team, 7-3 in the WCC and alone in second place by a half-game over Saint Mary’s, seems to be improving on defense. The 49- and 48-point outputs were both season-lows for the Lions and Pilots.

The Cougars last held back-to-back opponents under 50 points in January of 2010, when they routed Air Force 67-49 and Colorado State 91-47 in Mountain West games.

“Defensively, it was as good of a 40 minutes probably as we have played all year, as far as our concentration level, and out intensity, and our plan, and trying to execute the plan,” Rose told the BYU sports radio network after the Cougars held Portland to 32 percent shooting. “No matter what group we had in there, they were all still involved.”

The Cougars came up with 11 steals and scored 31 points off 20 Portland turnovers. They held LMU to 39 percent shooting a week ago.

“Our defense kept us in the game early when we weren’t making shots,” said TJ Haws, who scored 22 points in the faces of rowdy students who taunted and heckled him relentlessly throughout the game, even when he was on the bench. “If your defense can do that for you, it is super big, because it is on defense that you win games.”

So the Cougars turn their attention to Saturday’s visit from Pacific, a team they outscored 90-87 on Jan. 3 in Stockton. The Tigers (3-7, 13-12) use their athleticism and length to attack the rim vigorously and are also a good offensive rebounding team, so BYU’s newfound defensive prowess will be put to the test, Rose said.

“We have had issues where, if we don’t play well offensively, we get distracted defensively,” the coach said. “I think that’s probably the best sign from these games, is that we played 40 minutes dialed in defensively no matter how we were playing on the offensive end.”

Rose gave gave Nick Emery his first start since March of 2017 — the troubled junior didn’t play at all in 2017-18 — and Emery delivered an outstanding defensive effort while also scoring eight points and dishing out five assists. McKay Cannon, emerging as a defensive stopper, had three steals.

“We are just playing for each other at this point,” star forward Yoeli Childs told ESPN2 in a post-game interview. “We are not the longest, most athletic team. We know when guys beat us off the dribble our teammates have to be able to help. I think we are doing a great job of doing that.”

Pacific gave third-place Saint Mary’s (6-3) all it wanted in Moraga on Thursday night before fading late and falling 78-66 and is averaging 70 points per game.

“We are going to play a Pacific team that is really physical defensively,” Rose said. “They shot over 50 percent at Saint Mary’s. It is a really good defensive team. We are going to get knocked around a little bit, so hopefully our guys are ready.”

PACIFIC AT BYU
At the Marriott Center, Provo


Tipoff • Saturday, 7 p.m. MST
TV • BYUtv
Radio • KSL 1160 AM, 102.7 FM
Records • BYU 7-3, 15-10; Pacific 3-7, 13-12
Series history • BYU leads 11-6
Last meeting • BYU 90, Pacific 87 (Jan. 3, 2019)
About the Tigers • Junior guard Jahlil Tripp scored 23 points and registered six assists in their 78-66 loss to Saint Mary’s on Thursday night in Moraga, Calif. They trailed just 42-39 at halftime but were held to 27 points in the second half. … Tripp and sophomore guard Lafayette Dorsey average 11.7 points apiece, while senior guard Roberto Gallinat leads them in scoring with a 14.9 average. Tripp and Gallinat were teammates at South Plains College before transferring to Pacific.
About the Cougars • They walloped Portland 83-48 on Thursday, their largest margin of victory this season, to remain in second place in the West Coast Conference standings. Yoeli Childs scored 17 points and grabbed 11 rebounds in 28 minutes and TJ Haws added 22 points on 8 of 13 shooting. … Childs is one of 10 finalists for the Karl Malone Award, which goes to the top power forward in college basketball. … They are 11-2 at home this season.

END_OF_DOCUMENT_TOKEN_TO_BE_REPLACED 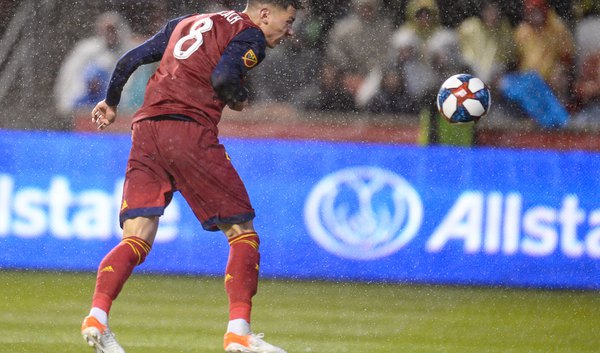 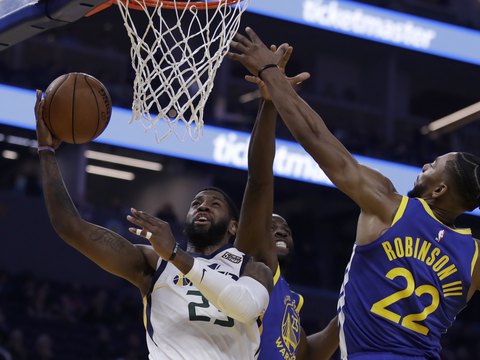 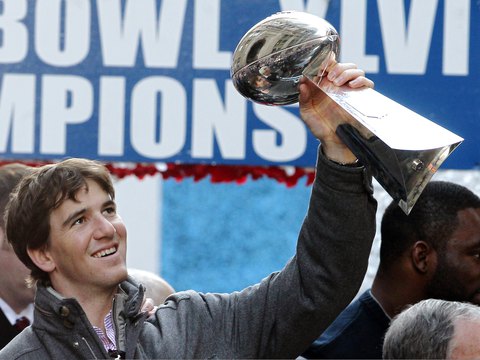 Eye on the Y: BYU’s Dayan Ghanwoloku made the most of his NFLPA Collegiate Bowl opportunity
By Norma Gonzalez • 27m ago