Esports are filling the gap with live sports sidelined

All across the country and around the world, shots aren’t swishing, home runs aren’t flying, goals aren’t screaming.

But there’s one place — perhaps the only place — where fans can get a taste of what they’ve been missing since COVID-19 suspended or outright canceled the seasons in prep, college and professional sports. That’s the internet.

Esports have gained prevalence in recent years, particularly as the increased preparation and strategy involved has led many to considering these games a sport. And during this historic shutdown of much of society, esports is filling a gaping hole.

"Even in a pandemic and something as dangerous as what’s going on right now and we understand why live sports are not happening, this is a perfect opportunity for esports to grow because esports can play no matter what,” said Shaka Browne, who plays for Jazz Gaming, the Utah Jazz’s official NBA 2K League team. “Whether we’re in person or online, that’s the beauty of our sport.”

Esports leagues and programs haven’t been immune to the effects of the coronavirus. The NBA 2K League postponed the start of its 2020 season, set to begin March 24. The eMLS Cup, scheduled to take place March 21 in Austin was postponed after the cancelation of the South by Southwest festival.

At the collegiate level, the remainder of the University of Utah’s esports season was canceled as many schools in the state are axing spring sports and activities.

But that doesn’t mean those gamers are sitting idle. The NBA 2K League put together a virtual pro-am tournament that took place over the weekend, and Jazz Gaming will complete in a league tournament that starts Tuesday.

The eMLS players, meanwhile, are playing friendly matches and streaming them on Twitch. The L.A. Galaxy and LAFC’s eMLS players also recently competed for charity.

Several eMLS players told The Salt Lake Tribune that eMLS can bridge the gap for soccer fans who are missing live games. Giuseppe Guastella, L.A. Galaxy’s eMLS player for the past three years, said it’s also an opportunity to educate fans on how exactly being an eMLS player works and what challenges they face.

Alex Exraa, eMLS player for the Vancouver Whitecaps, said the players’ respective clubs support the gamers taking matters into their own hands while both live and video games are suspended.

Pac-12 extends suspension of athletics-related activities to May 31

“Actually clubs really like it because obviously a rather unexpected complete shutdown of the league leaves them very low on content for fans and setting up an online game is easy when you already have guys contracted,” Exraa said.

Traditional athletes have also gotten into the gaming mix and streamed themselves playing against fans or their teammates. Jazz guard Donovan Mitchell played “NBA 2K20” against Ronnie Singh, the digital marketing director at 2K. Mitchell also played “Call of Duty” with teammate Royce O’Neale and a popular gamer who goes by the name of Ninja.

Best believe I’m getting us a W @utahjazz!! 🎮 Tune in at 2pm PT today on @nba2k twitter to see me take on Ronnie 2k tonight!!! pic.twitter.com/eBFNBtEGsI

Real Salt Lake is one of only two MLS clubs that does not have an eMLS player. The other is Inter Miami FC.

RSL Chief Business Officer Andy Carroll said the club has looked into getting an eMLS player and “definitely” wants to do it. He added that it will be an initiative for next year.

But the lack of an eMLS presence hasn’t stopped RSL from competing in an online space during the Major League Soccer hiatus. Goalkeeper David Ochoa and Sporting Kansas City midfielder Wan Kuzain recently played “FIFA 20” against each other. Each player chose their respective team on the video game.

At the University of Utah, the students on the esports team are dealing with the cancellation of their spring season. Utah and seven other schools just completed Week 2 of the UMG Gaming tournament, which is one of the last remaining university esports tournaments going.

Other events, such as the Overwatch regular season and the League of Legends national tournaments, have already been canceled.

After the conclusion of the UMG tournament, college gamers will be in the same position of athletes who compete in traditional sports: without competition for the foreseeable future.

“Those students, like traditional athletes, they’re just sort of done for the school year and there’s not much that can change that,” said A.J. Dimick, director of esports at the U. He said seniors in particular are the most affected because they will be graduating in May.

END_OF_DOCUMENT_TOKEN_TO_BE_REPLACED 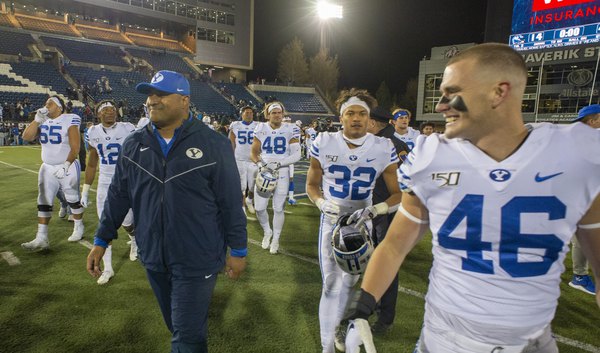