Provo • BYU’s Sara Hamson became the third player in program history to reach 300 career blocks in the Cougars’ impressive 60-39 win against Saint Mary’s on Thursday at the Marriott Center.

With five blocks on the night, Hamson joined her sister, Jennifer Hamson, who recorded 340 career blocks, and her mother, Tresa Spaulding Hamson, who holds the school’s career blocks record with 494.

Montana, which led 38-21 at halftime, won the rebound battle by one, but the Grizzlies forced 21 turnovers while only turning the ball over six times.

Montana split the regular-season series with Weber State. The Wildcats upset the first-place Grizzlies 87-85 in their first meeting.

The Vaqueros evened the season series against the Wolverines with the win. Utah Valley defeated Texas Rio Grande Valley 72-70 on Jan. 18.

END_OF_DOCUMENT_TOKEN_TO_BE_REPLACED 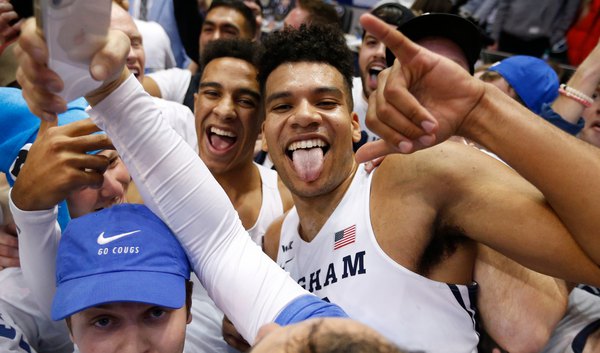 Now that the basketball dust has settled from the BYU-Gonzaga game, where do the Cougars stand?
By Norma Gonzalez • 24m ago