Once again, the Jazz’s combination of ball movement and shooting was lethal. You can see that in their 17-40 3-point shooting, of course, but it’s also just fun to watch.

The Warriors were playing this hyper-aggressive style of defense that involved a lot of trapping and doubling in the pick and roll. Again, if I were a team coaching against the Jazz, I would not play this kind of defense, but for the Warriors, it probably helps to keep their young players engaged and learning the basics of helping.

The problems come in these kind of in-between picks. Is the thing Rudy Gobert is doing for Joe Ingles here a screen they should double? If so, you’ll get plays like this:

If not, Ingles, or Donovan Mitchell, or Mike Conley, or Bojan Bogdanovic can get you into the paint and collapse your defense that way. It’s just that easy.

Honestly, after the Jazz got the 17-point lead early, the Warriors went into full-blown experimentation mode. Wanna try a small lineup? Why not now? Want to see if your defense can pull off a Miami Heat-style high trap? Well, they can’t against the Jazz. Want to make sure D’Angelo Russell gets his? Let him score 26 points and then get him out of the game.

“Nobody is going to feel sorry for us, especially after the last five years,” Steve Kerr said.

In various Triple Teams this season, we’ve talked about ways Rudy Gobert has shown development this season. He’s shown the ability to get to the rim from the perimeter, and he’s also done an excellent job staying in front of guards when he gets switched out on them outside.

Here are two other points of development.

First, he’s really been able to use his left hand effectively around the rim as of late. Remember, Gobert was frequently made fun of for this airballed lefty hook earlier in the season:

And now he’s doing this.

There are players — coughBenSimmonscough — that can’t develop their games because they’re too afraid of failing in public. Players practice all kinds of stuff behind the scenes, but those first steps from taking the work you’ve done to the NBA court can be difficult. In particular, you’re probably going to fail at first! But Gobert’s success, admittedly against poor defensive players, is a good first step here.

Another one: Gobert’s outlet passing. Quin Snyder has brought this up twice now in press conferences, saying that Gobert’s sometimes throwing outlet passes that remind him of Kevin Love. Gobert’s not that good yet, but I thought this play was a good example of him doing the right thing:

Ingles is calling for the ball for a couple of seconds here, but Gobert’s going to evaluate the option of Mitchell streaking up the court first. That’s a good idea, because getting Mitchell the ball on the run is likely to be two points. Gobert delivers the pass, and, yep, Mitchell scores easily.

I think the national perception of Gobert is that he’s this center with these huge holes in his game, but he’s really pretty good at the stuff around the edges — and he’s getting much better. If he’s not an All-Star this year... well, I haven’t found a suitably over-the-top reaction to commit to yet. I’ll take suggestions in the comments.

After the game, I asked Gobert why he’s scored an average of over 20 points per game in his last five games. Joe Ingles overheard my question, and decided to answer it for Gobert. Ingles credited Gobert’s teammates... in other words, himself. Ingles did have eight assists tonight, but only two were to Gobert.

This opinion began a deluge of jokes. Ingles and Gobert traded names and barbs and “MFers” and all sorts of one-liners while laughing, the kinds of things you’d say to only your best friends, causing the rest of the media in the locker room to turn and look, too. Then Ingles said something along the lines of “Now look, they’re going to tweet it out. Great, Rudy.”

Ingles deserves a lot of the credit for just getting everyone to laugh every day, to not to take everything so seriously. But I still think that very frequently, the tone of the locker room is set by its best players, and Mitchell and Gobert deserve the lion’s share of the credit here.

In particular: Mitchell’s continual insistence on giving his teammates recognition when they do well is a brilliant locker room move. From water bottle sprays to press conference answers to tweets to Instagram posts, he legitimately loves when his teammates do well.

Meanwhile, Gobert’s continual focus on the top, his excellence at the unsung parts of basketball, as well as his obvious desire to learn and improve, all makes sure that the team doesn’t find complacency in the middle. It’s actually a really nice mix.

I also believe that Quin Snyder has more of a voice in this locker room than nearly any other in the NBA. I think he’s essentially earned that by making these guys’ careers. The Jazz start this lineup with a No. 13 pick, a No. 27 pick, a No. 31 pick, and two undrafted guys. Four of those players owe a huge portion of their success to Snyder and his development, and so they’d do anything for him.

Even seven years into Gobert’s career, six years into Snyder’s arrival, and three years in to the Mitchell experience, things feel fresh and positive. I think that’s a really good sign for the long term of this team.

END_OF_DOCUMENT_TOKEN_TO_BE_REPLACED 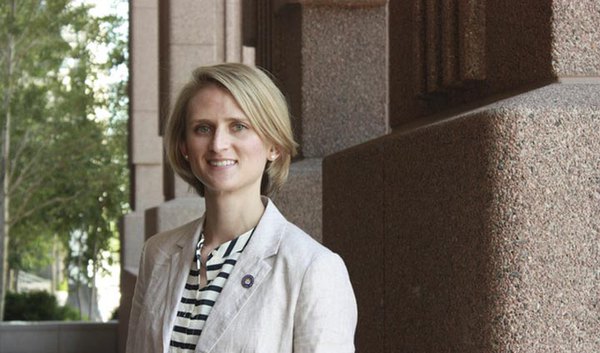