Kearns • Blair Cruikshank spent the weekend focusing on herself.

Her introspection led to personal records in all four events she skated at the USA Speedskating Long Track National Championships at Utah Olympic Oval. In three of the four races, she turned in the top time for a junior, securing her a spot on the Junior World Cup team and the 2019 overall junior national crown.

It’s a good thing the Wisconsin skater has a grip on who she is, because with those kinds of results, people might start mistaking her for someone else: her mom.

“People on the outside are like, ‘Your mom is Bonnie Blair!’ ” Cruikshank said. “I’m like, ‘She’s my mom.’ It’s never really a thought, and I guess I won’t ever really understand what it’s like to be on the outside.”

Cruikshank’s mother is one of the most decorated speedskaters in history, winning five gold medals and a bronze over the course of four Olympics. Her father, Dave Cruikshank, is also a three-time Olympic speedskater who won a Junior World Championship at age 17 and is a member of the USA Speedskating Hall of Fame.

‘She knows that what I did is not normal. She gets that."
Olympic speedskater Bonnie Cruikshank, nee Blair, on her daughter, Blair Cruikshank

Their collective shadows loom large. Not wanting to be crushed by them, Cruikshank first tried competitive gymnastics. When wrist issues forced her from that sport, she turned to the ice but clung to her hockey skates. Her lack of interest in the puck and stick, however, was only rivaled by her lack of interest in following her parents’ blade marks.

Cruikshank, 19, can’t remember why she eventually locked her heels into a pair of speed skates six years ago. She just recalls her immediate rapture.

It took longer for her skills to come around. Unlike her brother, Grant, who had been skating since he was 2 and is now a captain on the Colorado College hockey team, she couldn’t even do a crossover when she started.

So, Cruikshank is on the long track in more ways than one. She started with a single 500-meter race (her mother’s specialty) in 2015 and has slowly built up from there. Her goal is to compete in the 2026 Olympics in Italy.

Her results over the weekend hint at her potential to be racing over the Olympic rings sooner than that, though. In three races she placed among the top eight while competing against elite senior team members like Kimi Goetz and Erin Jackson, who, in addition to national bragging rights, were vying for berths to the World Single Distance Championships. The world championships, the most important event in a non-Olympic season, will be held at the Oval on Feb. 13-16.

It should be noted that Cruikshank only got to test herself once against Team USA star Brittany Bowe. The Olympic medalist sat out most of the weekend’s races because she pre-qualified for the world championships in the 500, 1000 and 1,500. Bowe decided to race the 1,500 as a training exercise Sunday and won handily.

At the US Speedskating Long Track Nationals, @BrittanyBowe gets off to a fast start on her way to the win in the 1,500. She called it a training run and planned to get some weight lifting in this afternoon. pic.twitter.com/wTnS24Dpm5

Still Bowe, who won her first international medal in 2012 and will be 34 when the 2022 Olympics are held in Beijing, said performances like those of Cruikshank and fellow up-and-comer Giorgia Birkeland — who won the junior mass start national title Saturday — give her hope for the USA’s future in the sport.

“Blair has all the genes one could ask for,” Bowe said.

Those genes could be as much a curse as a blessing. Cruikshank has picked up some aspects of the sport more easily than she otherwise might have. And she said critiquing video of her mother skating has helped her with her technique and visualization. But those genes also carry expectations.

Her mother said those only come from those on the outside looking in.

“She knows she’s her own person, and she knows that what I did is not normal. She gets that,” said the 55-year-old who now goes by Bonnie Cruikshank. “Even I know that. I know what I did — that’s not normal.”

The best thing her daughter can do, she said, is the same thing that led to Cruikshank’s success this weekend: Focus on herself.

END_OF_DOCUMENT_TOKEN_TO_BE_REPLACED

Gordon Monson: Sports could return in some form later this summer, but will fans? That’s highly questionable.
By Gordon Monson • 1d ago 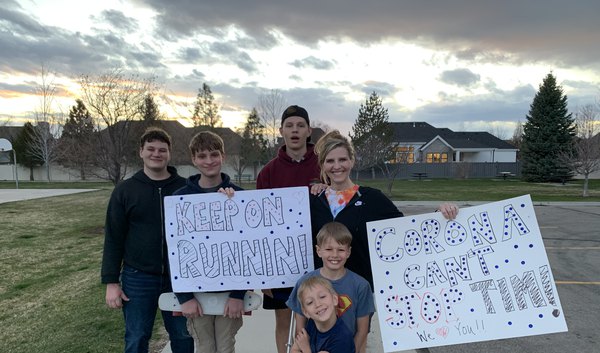 Silver linings: An ultramarathon was canceled because of the coronavirus, but that didn’t stop this Utah family
21m ago 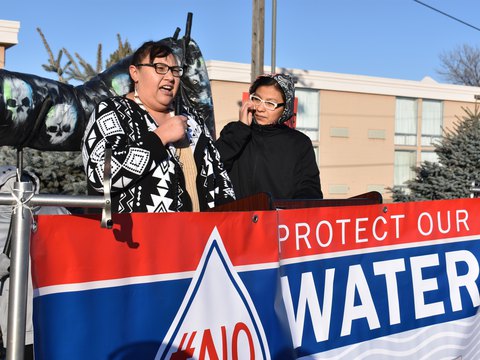