Bojan Bogdanovic has been the high-end second option the Jazz hoped for, and is on pace for a rare milestone

Much as it pained the Utah Jazz to move on from longtime staple Derrick Favors this past summer, there were good reasons for it.

No, those defeats weren’t the sole responsibility of Favors. Rather, he was a microcosm of a larger problem. Namely, season after season, the Jazz would take on the best teams, hoping their scrappiness and defensive acumen would be enough to get them to the promised land. And season after season, they’d find themselves hopelessly outgunned, to a degree that no scheme, no strategy, no amount of planning or effort could make up for it.

The Jazz needed some additional artillery. So, yeah, it was painful to let go of Favors — who was a defensive difference-maker and a locker room beacon — but there was a good reason for it.

That reason’s name is Bojan Bogdanovic.

Mike Conley, on Bojan Bogdanovic’s big game in his return from a sprained ankle: “He might need to take a couple more games off if he comes back like that every time.” pic.twitter.com/cfmHdjItdK

After Bogdanovic was signed to a four-year, $73 million deal this summer that required jettisoning Favors to New Orleans in order to clear the requisite cap space, the Croatian sharpshooter has thus far done exactly what the Jazz sought from him. In fact, he is doing something that hasn’t happened in nearly 30 years.

Bogdanovic is on his way to becoming the Jazz’s first secondary scorer since Jeff Malone in the 1991-92 season to average more than 20 points per game.

Donovan Mitchell on Bojan Bogdanovic: “I told him, I made the joke, ‘You just shoot 100% from 3.’ He doesn’t miss.” Also said Bogey is surprisingly adept in pick-and-roll situations. pic.twitter.com/H7cfyBtR67

Through his first 18 games with the Jazz, Bogey is averaging 22.1 points, 4.4 rebounds, and 2.2 assists. He’s been the consistent, knockdown, high-volume 3-point shooter the team has lacked in recent years. He’s hitting 48.8% of his shots overall, and a career-best 46.8% of his career-high 7.0 attempts from deep per game.

Andy Larsen: The NBA is considering adding midseason tournaments. Are they a good idea?

The Triple Team: Jazz turn up the effort in second half to defeat Grizzlies

Despite recent trend of losing big leads, Jazz say they don’t have a killer instinct problem

“Bogey is just one of those guys who can come in and … he's walking in the arena and [will] knock down five in a row for you,” Donovan Mitchell said. “He's just that consistent.”

Jazz coach Quin Snyder said, "My hunch is that he’s always been confident. Sometimes opportunity presents itself, and he was able to fill it.”

Indeed, Bogdanovic has yet to score fewer than 12 points in a game this season, and has reached at least 20 points 10 times so far, and hit the 30-point mark four times now after Friday’s second-half explosion in Memphis.

Consequently, if Mitchell (25.3 ppg) and Bogdanovic maintain their current scoring paces, it would mark just the eighth time in the Jazz’s 44 seasons that the team has boasted a pair of 20-ppg players.

Surprised? There are a few groups in Jazz history that you might suspect pulled it off, but which never did. Carlos Boozer and Deron Williams? They came close a few times, but never managed the feat. Williams and Al Jefferson were similarly close once. And Mehmet Okur was also a solid scorer in the Booz and D-Will days, but he wasn’t really that close to the 20.0 threshold. Meanwhile, Karl Malone and Jeff Hornacek never threatened it. Neither did Stockton and Malone.

Nope, the last time it happened was that ’91-92 campaign, when The Mailman dropped in a cool 28.0 ppg, and Jeff Malone — in his second season with the team — registered 20.2 points (the final time in his career he’d eclipse that milestone).

Given that Mitchell has become an absolute scoring supernova (he’s ranked 12th in the league through Friday) and given that Bogdanovic has increased his offensive output every season of his career (he ranked 22nd in the league this season through Thursday), they have the potential to be Utah’s best scoring duo since Adrian Dantley and Darrell Griffith in the early 1980s.

But Bogdanovic would rather put the focus elsewhere. While he conceded “I’m feeling great right now,” in terms of his overall fit with the Jazz, he’s more concerned with how the team has performed thus far on its season-long five-game road trip.

“We are not playing like we’re supposed to. We have a lot of talent in this room — it’s obvious that it’s going to take some time to get familiar with each other,” he said. “But we are working pretty hard. And we have to stay together, no matter if we lose two, three games in a row.”

No surprises there. But then, Bogey has already developed a reputation for straightforward candor. He attributed his recent spike in production to simply getting more chances: “I didn’t have that opportunity, the important minutes, the ball in my hands — someone that would run sets for me.” He noted upon his return to Indiana on Wednesday after spending two years there that he was decidedly non-stressed about free agency this summer: “With the contract that Utah offered me, it was really easy to decide. … I was [on a beach in Europe] chilling and waiting for the good news.”

He was quick to point out, however, that his decision was about far more than a $73M payday: “Obviously, the Jazz are known as one of the best teams in the league, so I could help [them] take a step further to be one of the real contenders,” Bogey added. “I saw Mike [Conley] was coming, what Donovan’s going to be, Rudy [Gobert] is the Defensive Player of the Year two years in a row. I saw an opportunity to fight for something.”

Bojan, on what made him decide Utah was the right fit: “Seeing Mike, Fonovan, Rudy over there, and seeing the Jazz are contenders every single year makes my decision so easy and so quick.” pic.twitter.com/xJftuXi5RT

Gobert, for one, loves his new teammate’s frankness.

"He's a funny guy. You couldn't tell, but he's a fun guy,” the Frenchman said. “He's just very honest. And he tells [you] what's on his mind, what he thinks. It's always great. It's refreshing.”

Snyder, meanwhile, loves Bogdanovic’s multi-faceted capabilities out on the court.

"One thing that you heard about him early in his career in the league was that he could shoot the ball. And I think as you are around him, you realize he can score. [But there’s also] his ability to drive and make plays not just for himself at the rim, but his willingness to to be unselfish and create for his teammates when that's appropriate,” he said. “There's a versatility to him offensively, whether it be the post, coming off screens, playing some pick-and-roll — he's able to attack in a lot of different ways.”

The Jazz eagerly await the opportunity to find out what comes next.

ONE-TWO PUNCH
If Donovan Mitchell and Bojan Bogdanovic keep up their current scoring paces, this would mark just the eighth time in franchise history that the team boasts two scorers of 20-plus points per game in the same season, and the first time since 1991-92:

END_OF_DOCUMENT_TOKEN_TO_BE_REPLACED 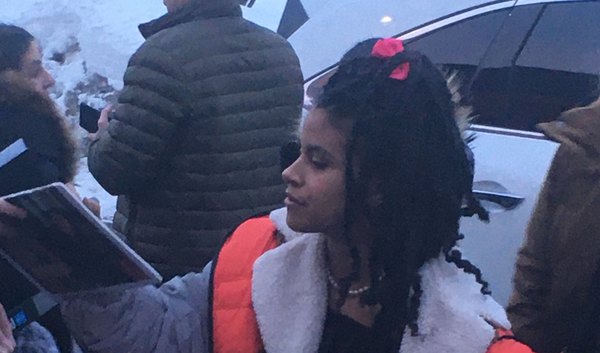 China counts 106 virus deaths as U.S., others move to evacuate
By Joe McDonald | The Public Forum • 47m ago