When Freddy Juarez was a young boy growing up in Las Cruces, N.M., his parents couldn’t afford to pay for day care during his summers off from school. So Juarez and his two older brothers would wake up at 4 a.m. and go with them to their assigned field to help pick onion, lettuce and chili crops.

Every penny Juarez earned, he got to keep. From an early age, toiling in the fields taught him the value of hard work and the rewards he could reap from it.

“My dad always had this saying,” Juarez told The Salt Lake Tribune. “He’d say, ‘The money’s thrown. It’s up to you to pick it up.’”

That lesson imparted by his father, who was a migrant worker his whole life, might as well be a metaphor for Juarez's journey in professional soccer. From his playing days that started when he was 8 to his current stint as interim head coach for Real Salt Lake, Juarez hasn’t stopped grinding, hasn’t stopped earning his keep.

Which is why Juarez sits in the position he’s in now: coaching a second-place team in Major League Soccer’s Western Conference with the opportunity to take the interim tag off his title. And in the eyes the RSL organization, his fellow coaches and even his players, Juarez has shown he deserves the opportunity to prove his worth.

After becoming interim coach when RSL fired Mike Petke last month, Juarez has led to the club to a 3-2-0 record, which extends to 5-2-1 when taking into the account the three games he served as acting head coach during Petke’s lengthy suspension.

RSL general manager Craig Waibel told The Tribune that he’s using the remainder of the season to evaluate whether Juarez is “ready for this position,” adding that he has not even thought of starting a formal search for a new head coach.

But it’s clear that those who share the field with Juarez on a daily basis think he’s ready now.

“Freddy has done a great job and I think it’s just a matter of time,” midfielder Albert Rusnák said.

At any given moment of any given day, Juarez is probably thinking about soccer.

RSL is relishing the West’s tight playoff race; San Jose is up next

Whether it’s breaking down game film at either RSL’s practice facility or a local Starbucks or on his couch at home, or scrolling and tapping through Twitter to find various drills, or listening to soccer podcasts, or texting assistant coach Tyrone Marshall at 11 p.m. to pass along an idea for an upcoming training session, it’s an itch that constantly needs scratching.

“My life is soccer,” Juarez said.

Defender Aaron Herrera, who has known Juarez since he was a child, said last month that Juarez “lives, breathes and eats soccer 24/7.” Marshall likened him to the late UCLA coach Sigi Schmid, whom Marshall used to call “Soccerpedia” due to his depth of soccer knowledge. Even Waibel noted how adroit Juarez is at the tactical side of the game, saying he has grown “exponentially” in that aspect over the last six years.

That’s because at this core, Juarez is a learner. He wasn’t always that way, though, admitting that he was “lazy in school.” But once he developed a deep passion for soccer, he couldn’t get enough of it. Now not only does he constantly keep up with the latest trends in tactics, formations, training ideas and the like, but he also finds himself expanding his vocabulary and keeping up with politics on CNN.

And his quest for well-roundedness is a means to an end.

Juarez, who was born in El Paso, Texas, before moving to New Mexico, started coaching club teams when he was about 18 or 19. Even after signing his first professional contract at 19 years old with the El Paso Patriots, where he played six years, he continued to coach younger kids during the offseason. He also found time to run camps for some extra money during his four years as a member of the Minnesota Thunder before his retirement in 2006.

During a training session of one of Juarez’s teams, former Los Angeles Galaxy player Mike Muñoz — who was coaching one of the Galaxy’s academy teams — told Juarez to give him a call the next week to discuss something. That something ended up being information about RSL’s upcoming development of a soccer academy in Casa Grande, Arizona.

Juarez was soon offered a job coaching the academy team and also serving as the residential administrator. From there, Juarez took the head job with the Real Monarchs and eventually became an assistant coach for Jeff Cassar, and later Petke after Cassar was fired.

Other than his tactical acumen, Juarez’s rise through the RSL ranks is precisely the reason why Marshall thinks his colleague should get the head coaching job. For a club that prides itself on developing homegrown players, it can also send a message that it does the same with its coaches, Marshall said.

“If you’re looking from a club perspective, especially for RSL and what they want to be in the future, they could be the first MLS club to have a coach go through the pyramid,” Marshall said. “And what better what to portray that to the rest of the league?”

Herrera intimated that he may have bias toward Juarez because of their long history, but he also expressed support for his coach to get the head gig.

“If that were to happen,” Herrera said, “I definitely would not mind that, for sure.”

Juarez knows that if he wants any chance at the word “interim” being removed from his job title, RSL will have to win games. And with team’s current trajectory, it will likely end up with a home game in the first round of the playoffs.

But the head job with Salt Lake isn’t Juarez’s be-all-end-all. In his mind, he’s worth more than just the numbers in the win, loss and tie columns. He wants to be valued, to be heard, to be respected. That’s why he’s not stressing about what will happen after this season.

“I'm confident enough that either the club values me in one capacity — whether as an assistant or something else, or if I'm good enough as a head coach,” Juarez said. “If I'm not good enough, and they don't value me any longer in a different thing, then I know I could get a job elsewhere at any level.”

Waibel said tackling the head coach situation will be the first issue he addresses in the offseason. From the sound of it, there’s no rush even when that time comes.

In the meantime, Juarez will keep harvesting the crops he’s planted on his soccer fields. And if it’s not with RSL come next season, he’ll be around, always learning, always growing, always growing — just like his parents taught him.

END_OF_DOCUMENT_TOKEN_TO_BE_REPLACED 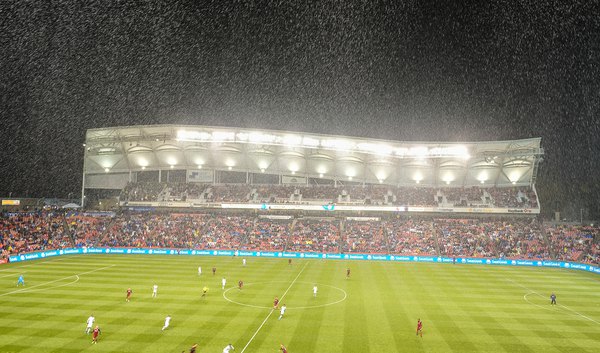 Former baseball star Dale Murphy, who lives in Utah, says his son was ‘shot in the eye’ with rubber bullet during Denver protest
By Josh Newman • 21h ago
END_OF_DOCUMENT_TOKEN_TO_BE_REPLACED
L

Paul Krugman: Trump takes us to the brink
By Paul Krugman | The New York Times • 25m ago 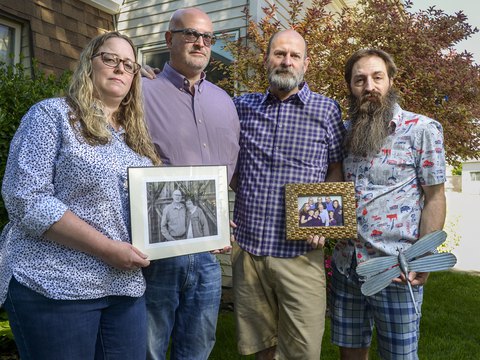 COVID-19 tore through this Utah family. Experimental treatments saved one, but not all, of them.
By Nate Carlisle • 26m ago