Utah State opens its second Andersen Era on Friday night at Wake Forest, and the Demon Deacons will be a tough out

Zero and zero — it’s positively filled with possibilities, isn’t it? The Utah State football team will kick off its 2019 season opener against Wake Forest, an ACC opponent, in Winston-Salem, N.C., at 6 p.m. MT on Friday night. But up until that point, it’s all just questions without answers.

Can USU possibly improve upon an 11-2 finish of a year ago that saw the team average 47.5 points and 497.4 yards per game? Can junior quarterback Jordan Love build on his outstanding campaign and actually contend for the Heisman Trophy? Is that even doable with a lineup featuring four new starting offensive linemen and an unsettled receiver corps? Can a defensive unit that returns seven starters from a year ago hold down the fort if the offense starts slowly? What can reasonably be expected from new/old coach Gary Andersen the second time around?

That last one may be the most interesting of all, actually.

After forging USU into an up-and-coming program between 2009-12, then parlaying that into the head coaching job at Big 10 power Wisconsin (followed by a flameout stint at Oregon State and a reputation-rebuilding assistant’s gig at Utah), Andersen is back, leading the Aggies once again.

But can he maintain the momentum built by successor-turned-predecessor Matt Wells?

“We are super-excited to start the year off with Coach A,” Love said. “Everyone has been excited just being in practice with him, so we’re excited to see what it’s like in a game, and just show him what we can do.”

Now in charge of a program for the fifth time (he was also previously head coach at Southern Utah), Andersen undoubtedly is eager to see what this team can really do, too.

And what he can do, for that matter.

While there were generally good vibes surrounding Andersen’s return to Logan after Wells parlayed his success into the top job at Texas Tech, there will also be pressure on him to show he’s more the guy who could successfully handle the big time with the Badgers, as opposed to the guy who could not rescue the Beavers from mediocrity.

That, of course, is not on his mind now, however. For the moment, Andersen’s singular focus is on Wake Forest, one of six teams on the Aggies’ schedule this season that qualified for a bowl game last year.

Plenty will be different for Utah State this time vs. Wake Forest — maybe even the outcome

The stats may show a middling Power 5 program that posted a sub-.500 mark in ACC play, that only finished with a winning record after emerging on top in a back-and-forth Birmingham Bowl victory over Memphis, and which allowed more yards and points than it accumulated over the course of the season.

But what Andersen sees is a heady (if not prolific) quarterback in Jamie Newman, who’s tough in the pocket and a sneakily powerful running option; he sees a defensive front seven that will prove a “stiff test” for his inexperienced O-line; he sees a group of wideouts whose size may prove problematic for his secondary on run-pass option plays; he sees a Second Team All-ACC corner in Essang Bassey, who will prove challenging for USU’s receivers considering Andersen expects him to be playing in the NFL; he sees an offensive line with a nasty streak, a group that is “tough, physical, and want[s] to play every snap, whether it’s going their way or not.”

“Wake Forest is a very good football team. They have a lot of momentum coming off of last season with the big bowl victory,” he added. “… We’ll have our hands full on both sides of the ball.”

The one thing perhaps not in question is that Andersen intends for USU’s offense to go fast again, to replicate the pace and prowess that gave opposing defenses so many problems a year ago.

Whether the Aggies can pull it off with only two returning starters on that side of the ball remains to be seen. But if they can … well, probably a lot of those other questions will get answered in short order.

Love was more succinct in his expectations, using the Deacons’ dominant 46-10 victory the last time the teams met, back in 2017, as a reference point.

“I’m excited to go back down there and show them what we’re really all about now,” he said. “It’s going to be a different story this time.”


Kickoff • Friday, 6 p.m. MT
TV • ACC Network
Radio • 1280 AM/97.5 FM (Salt Lake City); 92.3 FM (Logan)
Records • USU 0-0; Wake Forest 0-0
All-time series • Tied 1-1
Last meeting • Wake Forest, 46-10 (Sept. 16, 2017)
About the Aggies • USU went 11-2 overall last season and 7-1 in the Mountain West. The team averaged 47.5 points and 497.4 yards per game. … Matt Wells left the team after the season to take the head coaching job at Texas Tech, leading to the return of Gary Andersen, who previously coached in Logan from 2009-12. … Junior quarterback Jordan Love is being touted for Heisman candidacy after completing 64% of his passes for 3,567 yards, 32 touchdowns, and just six interceptions last season. … This is the team’s third straight season opener vs. a Power 5 opponent, as the Aggie began 2018 at No. 11 Michigan State and 2017 at No. 9 Wisconsin.
About the Demon Deacons • Wake Forest returns 11 starters and 42 letter-winners from a team that finished 7-6 overall a year ago, including 3-5 in the Atlantic Coast Conference. … The Deacons were victorious in the Birmingham Bowl, as they outlasted Memphis 37-34. … The defense is led by a pair of returning All-ACC players in senior cornerback Essang Bassey (second team) and senior linebacker Justin Strnad (honorable mention). … Wake averaged 32.8 ppg and 449.8 ypg, but also allowed 33.3 and 458.6, respectively.

END_OF_DOCUMENT_TOKEN_TO_BE_REPLACED 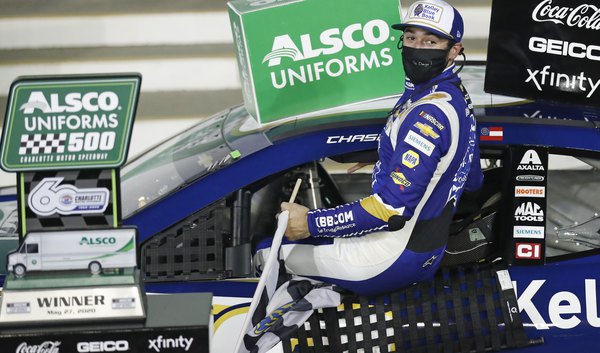