Not that that’s an unusual situation for the 7-foot Frenchman, though.

For the second consecutive year, Gobert eclipsed the rest of the competition on his way to being recognized as the league’s best defensive player on Monday night at the annual NBA Awards. Gobert is the second Jazzman to have won the award at least twice, along with Mark Eaton, who did so in 1988-89 and 1984-85, and the 10th player in NBA history to have multiple Defensive Player of the Year trophies.

“It means a lot. I never thought I would be able to do that when I started basketball, you know, playing in France. I didn’t know an NBA player, I didn’t know nothing about basketball, really. I was just having fun,” Gobert said. “And, you know, then I started to become more competitive, year after year, and eventually, I made it to the NBA, and I’m standing here today, so I’m just very grateful.”

He also credited the other members of the Jazz. “It’s all my teammates. I say this all the time, but it’s a team game,” Gobert said. “To compete like we do, it’s inspirational. It’s just unbelievable.” Coaches Quin Snyder and Alex Jensen made the trip to support Gobert on the day.

Gobert received 65 of a possible first place votes from the panel of 100 media members who voted on the award, along with 27 second-place votes and five third-place votes.

While he wasn’t selected as an All-Star this year, the Defensive Player of the Year trophy is something Gobert appreciates more.

“I’d take the Defensive Player of the Year any day over an All-Star selection," Gobert said. “There’s only one of these in the whole league every year.”

New teammate Mike Conley won both the Twyman-Stokes Teammate of the Year and NBA Sportsmanship award earlier in the night, thanks to his work with his young Memphis Grizzlies team. Those awards are voted on by the NBA’s players.

“Awards like these are, you know, truly just the sign of respect from your peers. I thank my parents for the way that they raised me and the man I am today,” Conley said. “I’m just really honored and humbled. Could have given these awards to anybody, and for me to be standing up in front of you guys with both of them, I’m just truly grateful.”

“A lot of the stuff I do on the court and off the court, I don’t really care if I get any kind of recognition for it, but this is really cool.”

Conley wrapped up his acceptance speech by giving a shout out to his new team. “Utah, man, I’m looking forward to it,” he said. “Let’s go do something special.”

Meanwhile, Giannis Antetokounmpo earned headlines for being named Most Valuable Player, the first European to win the award since Dirk Nowitzki. Dallas’ Luka Doncic was a runaway winner in the Rookie of the Year race; Pascal Siakam, member of the champion Toronto Raptors, was a deserving winner for Most Improved Player.

Antetokounmpo’s coach Mike Budenholzer won Coach of the Year for the second time, after winning the award as coach of the Atlanta Hawks earlier in the decade. Snyder finished with two out of a possible 100 third-place votes for Coach of the Year, tying him for eighth place.

The Los Angeles Clippers’ Lou Williams was selected as the NBA’s Sixth Man of the Year for a record-tying third time — just as Jamal Crawford did throughout the early 2010s. Jae Crowder, who the Jazz traded as part of the Conley deal last week, was given one third-place vote in the Sixth Man of the Year voting.

END_OF_DOCUMENT_TOKEN_TO_BE_REPLACED 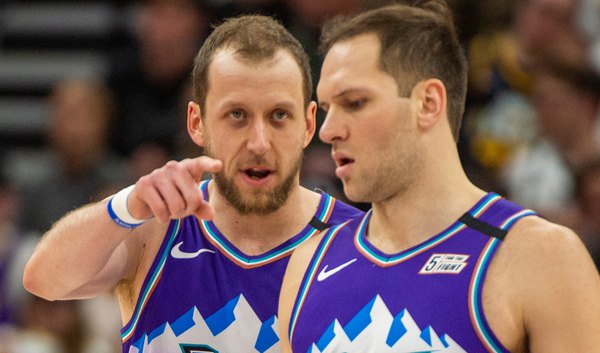 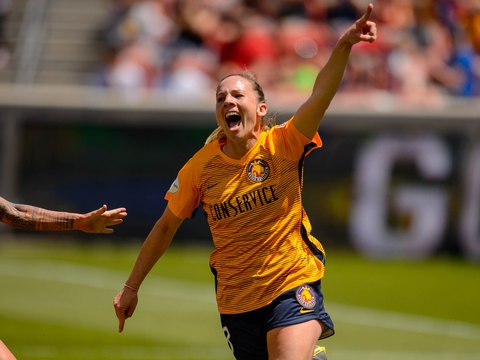 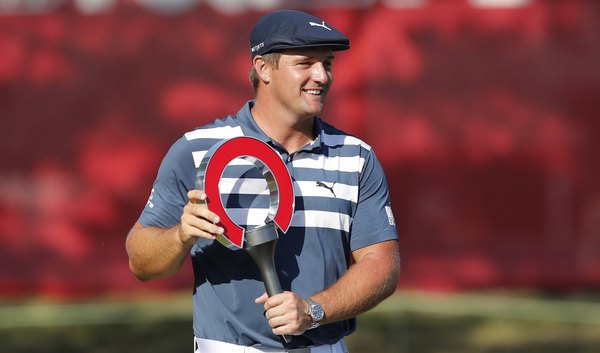