While Wednesday’s trade agreement for Mike Conley took some of the excitement away from Thursday night’s NBA Draft for Jazz fans, the team at least generated some excitement with a flurry of activity near the end of the second round.

First, they sent a 2021 second-rounder and cash to the Pacers to acquire No. 50 overall, where they selected Jarrell Brantley, a sturdy forward out of the College of Charleston. Three picks later, with their own second-rounder, they picked high-scoring guard Justin Wright-Foreman out of Hofstra. Then, they swung a deal with Golden State to simply purchase the 58th pick, and took Miye Oni, a two-way wing from Yale.

“A little bit crazy in the second round, trying to move into position,” newly-minted general manager Justin Zanik told the media afterward. “… All those guys, we’re really excited to have them, and they fit what we’re looking for as far as Jazz players, now and going forward.”

Brantley was among the final six players to work out for the Jazz, as part of a group at Zions Bank Basketball Campus this past Saturday. Wright-Foreman also worked out for the Jazz, on May 26 — in the same group as draftees Dylan Windler, Carsen Edwards, KZ Okpala, and Ignas Brazdeikis. Oni did not come to Salt Lake City, but the team got a chance to interview him at the NBA Combine in Chicago.

He competed in Salt Lake City against draftees such as Luguentz Dort, Bruno Fernando, Talen Horton-Tucker, and Jalen McDaniels. Despite coming from a smaller school, Zanik said Brantley held his own.

“We had a lot of high-level players there; he fit right in,” Zanik said. “His physical attributes and motor are two things — and some developing skill — that we think we can harness.”

In Mark Deeks’ scouting report on Brantley, the forward was described as “a very effective offensive player, versatile and unafraid, combining strength, athleticism and a very strong motor.”

"He can score at all 3 levels. Obviously, as he transitions into the NBA, that's not the role that's going to be available to him,” Zanik said. “If he can develop into that, great. But he can make shots. He can make open shots, he can create shots for himself."

Does Mike Conley turn the Utah Jazz into a championship contender? Here’s what NBA analysts say.

Following his workout in Salt Lake City, Wright-Foreman told the media he viewed his chance to go up against so many legitimate draft prospects as a big opportunity.

Hofstra's Justin Wright-Foreman, on getting to go up against high-level opponents: "We don’t really get as many chances to go against top competition, so just to be out here is a blessing, but to go against these guys and compete the way that I do, it was fantastic." pic.twitter.com/9scW5GM5Yz

“I go to a mid-major school, Hofstra University — we don’t really get as many chances to go against top competition,” he said. “So just to be out here is a blessing, but to go against these guys and compete the way that I do, it was fantastic.”

The Queens, N.Y. native also said he’d spent his time since the end of the season working on his playmaking and ball-handling, looking to prove he can be an effective option as a point guard.

"What we really like is his defensive ability, even though he was in a main-scoring role at Yale,” Zanik said. “Open-shot-making, being able to contest and use his length, I think he can be a defender at first and open shot-maker as he develops, and then working with and without the ball.”

After the team sent out three bench players in the Conley deal, Brantley, Wright-Foreman, and Oni will attempt to be the first second-round picks selected by the Jazz to actually play for the team since Joel Bolomboy in 2016.

“With our roster — and again, we'll continue to be aggressive — it's open,” Zanik said. “There's a chance we open a lot of roster spots. What we tell our guys is ‘Come in, come compete, and we'll have a developmental path for you.’”

The No. 23 pick, which the Jazz sent to Memphis in the Conley trade, was then re-routed to Oklahoma City, who wound up using it to select Darius Bazley, a 6-foot-9, 19-year-old wing who was a McDonald’s All-American as a high schooler but did not play college ball, skipping that route to famously land a $1 million internship for the footwear company New Balance.

The team also signed a pair of undrafted rookie free agents to participate in the Salt Lake City Summer League, in San Francisco guard Frankie Ferrari and Indiana big man Juwan Morgan. Both were predraft workout participants for the Jazz.

END_OF_DOCUMENT_TOKEN_TO_BE_REPLACED

Gordon Monson: If I survived the Missionary Training Center, NBA players can handle the Disney bubble
By Gordon Monson • 23h ago
END_OF_DOCUMENT_TOKEN_TO_BE_REPLACED
L 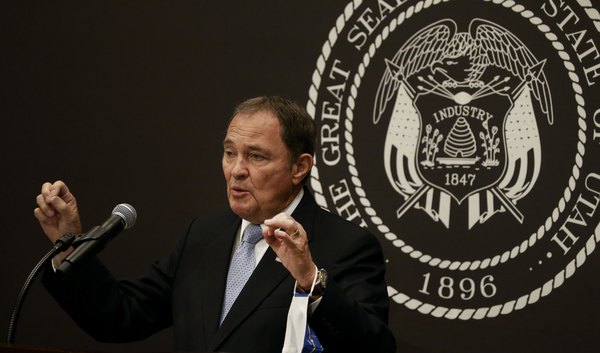 Letter: We act like rebellious children
By L. Cameron Mosher | The Public Forum • 42m ago 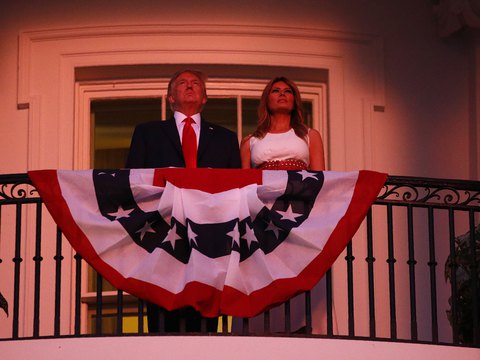 Letter: Don’t be distracted from the real threats
By Veronika Tait | The Public Forum • 42m ago Cole Cooper: Police use excessive force and get away with it
By Cole Cooper | Special to The Tribune • 43m ago