Everybody knows there has been a proliferation of bowls in college football of late. The most recent count comes to 43 games, including the College Football Playoff, giving 80-plus teams an opportunity to play in the postseason, giving 7,140 scholarship athletes the reward of continuing to juggle busting their humps on the field with wrapping up their classwork and studying for finals, and 168 head coaches the chance to brag about a successful season, earn contract bonuses and work their players for an additional 15 practices.

Few of those coaches take the time to remind anyone that nearly 70 percent of college teams at the top level qualify for bowls, which is the absolute definition of bowl inflation. In the modern game, almost everybody gets swag bags and a trophy.

If you don’t, your season was a steaming heap.

With proposed changes coming for conference and independent bowl affiliations, those changes create potential openings for Utah, Utah State and BYU, and most importantly create football vacations for those schools’ fans.

The Pac-12 lineup, while not yet official, looks like this:

Matchups in those bowls are subject to variations dependent on such factors as qualification for the CFP and New Year’s Six games. So there’s fluidity to who goes where.

The question then becomes, for which of those bowl games would fans — in this first case, Ute fans — want their team to qualify? Prestige is an obvious factor, but, contrary to traditional thought, it shouldn’t be the only one. There’s also specific matchups, which are impossible to foretell, location, weather, and overall potential for fun.

The Rose Bowl is every Utah fan’s dream, as it should be. It’s got all the bases covered — great venue, great history, great setting, great city, great weather, great pageantry, great parade, great exposure, great fun factor. One national writer predicted as the Utes entered the conference that it would take them 25 years to make the Grandaddy. They could get there this year, well ahead of that schedule. Ute fans can hope for that.

Having lived in Pasadena for a decade, having been in the grand old bowl many times for many events, having witnessed the parade from curbside, having played hundreds of rounds of golf at Brookside Golf Course, having chipped Titleists into the stadium from a tee box, right next to the sign that reads, “Please do not hit golfballs into the Rose Bowl,” I can vouch first-hand for how cool this bowl game is and would be for the Utes. If I had one wish for Utah fans, it would be that their team makes the game and that they find the time and means to get there.

Next would be the Vegas Bowl, not the Alamo. Have you been to the Alamo? It’s smaller and less interesting than you might think. The venue and location is significant to Texans, but just OK for everyone else. On the other hand, this is not your father’s Las Vegas Bowl. It will not be played in the Erector Set that was Sam Boyd Stadium, rather in the new home of the Raiders, a structure bound to blow everybody away. Plus, fans get not only the convenience of the game’s location, but all the entertainment that Vegas provides. The opponent is likely to be an upgrade from foes of the past.

Monson: 40 percent of the Jazz’s shots were 3-pointers last season. The NBA should make those shots more difficult in order to save the mid-range game.

Monson: The Jazz want to contend for a title, and they’re not going to lie about it

Monson: Who is more important to the Jazz ... Donovan Mitchell or Rudy Gobert?

Monson: ‘What the hell’s wrong with Mike Petke?’ Nothing. Nothing at all.

You can throw a hat over the Holiday, the Redbox, and the L.A. bowls. All of them are in fantastic metro areas, with the Redbox and the L.A. being played in stellar stadiums, the Los Angeles Bowl taking place in the Rams/Chargers new digs.

The Sun and Independence bowls might be in regions where Pac-12 teams want to have a presence, for recruiting purposes, and the people of El Paso and Shreveport might know how to put on a bowl game, but …

As for the Mountain West and Utah State, they lose the Vegas tie-in, but gain the L.A. Bowl, and likely will continue on with the Famous Idaho Potato Bowl, the Arizona and Hawaii bowls, the New Mexico, and some other ESPN bowl, maybe in Tempe.

Where would you rather spend a few days in December … Los Angeles or Boise? The Hawaii Bowl will always be sweet, regardless of opponent, lack of prestige, inconvenience and expense in getting there, and problematic timing, up against the holidays.

Christmas in Honolulu, hanging a wreath on a palm tree, looking for Rudolf’s footprints on Lanikai or Sunset beach, are never lousy ideas.

As for BYU, the Cougars, like this season at the Hawaii Bowl and last season at the Famous Potato, can make their own bowl tie-ins as they go. They’re supposedly about to announce a new contract with ESPN, and a separate bowl deal that will aid them in landing annual postseason games.

There’s no precise telling where those games will be, but, unless the Cougars qualify for a New Year’s Six or otherwise show stellar results, they will wind up in a mid-to-low-drawer game, if they are bowl eligible. It’s just a sorry fact of life playing as an independent that BYU’s best, most interesting games against its best, most interesting opponents will almost always come early in the regular season.

END_OF_DOCUMENT_TOKEN_TO_BE_REPLACED 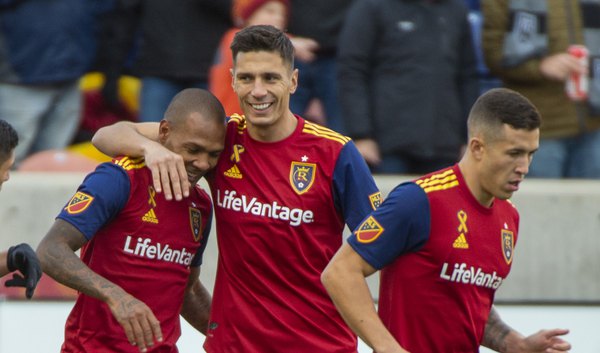