For the third straight year, Jazz center Rudy Gobert was named the best defender at his position.

Among second-team selections, Jrue Holiday led voting, getting 90 points at the guard position next to Klay Thompson. Philadelphia’s Joel Embiid earned second-team center honors over Myles Turner, while Draymond Green and Kawhi Leonard were selected ahead of Houston’s P.J. Tucker.

But Gobert won his all-defense selection by once again setting the tone for the Jazz on the defensive end. He earned the league’s best Defensive Real Plus-Minus for the second consecutive year, while leading the Jazz to being the second-best defensive team in the NBA behind the Milwaukee Bucks.

Gobert earned the second most blocks in the NBA this season, but much of his defensive impact also was about deterring players from shooting near the hoop. With Gobert in the game, teams shot 5.4% less frequently around the rim than their expected average, according to Cleaning The Glass stats.

The 7-foot-1 Frenchman also expanded his defensive game, working more on the perimeter than he had in any previous season. Gobert was asked to come out on pick and rolls to defend shooters like Steph Curry, while still maintaining coverage at the basket. In the playoffs, Gobert was the linchpin of a unique defensive look — one that failed in Games 1 and 2, but excelled in Games 3, 4, and 5 before falling to poor Jazz offensive performances.

Other Jazz players besides Gobert also received votes. Derrick Favors earned two second-team votes at the forward position, as did Joe Ingles. Donovan Mitchell was picked by two of the 100 media voters to receive second-team all-defense honors, while Ricky Rubio earned one such vote.Which media voters voted for which players will be revealed on June 24, when the league announces its major award winners on TNT.

That night, fans will also learn if Gobert was able to make his lead in All-Defense voting show for what would be his second straight Defensive Player of the Year award, or if other finalists George and Antetokounmpo ended in front.

END_OF_DOCUMENT_TOKEN_TO_BE_REPLACED

Utah Jazz are pleased with how their ‘bubble’ stay is going, with playbook IQ and restaurant takeout now proven
By Eric Walden • 1d ago
END_OF_DOCUMENT_TOKEN_TO_BE_REPLACED
L 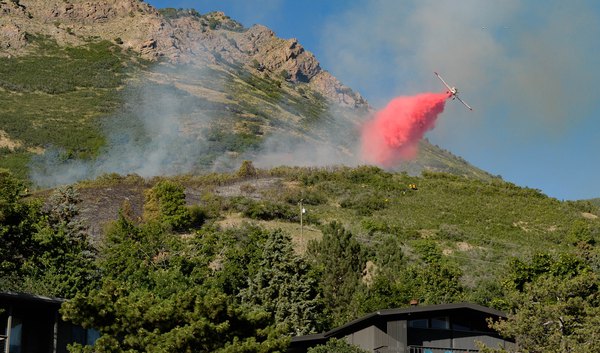 In first Utah pro sports event to be held with fans, Monarchs lose opener in front of a small crowd at Rio Tinto
By Alex Vejar • 4h ago