The Derrick Favors dilemma: Jazz want their ‘anchor’ back, but that might block their clearest path to progress

Over the coming months, there will be no shortage of speculation about how different the Jazz’s roster might look next season. After all, Ricky Rubio, Thabo Sefolosha, and Ekpe Udoh are unrestricted free agents; Kyle Korver is contemplating retirement; and Derrick Favors’ salary does not become guaranteed until July 6.

While the first three on that list seem unlikely to return, and Korver would be welcomed back with open arms should the 38-year-old decide to play out the final year of his contract, Favors’ future in Utah is ambiguous.

Which is a bit ironic considering how publicly keen everyone is for him to come back.

“I always talk to Fav, ’cause Fav’s been the anchor of this team,” Dante Exum said the day of the team’s exit interviews.

“If they need me to FaceTime Fav again like I did last year,” added his pick-and-roll partner, Joe Ingles, “I’ll do what I need to do.”

Actually, that won’t be necessary — this time, it’s not up to Favors. Last summer, he was an unrestricted free agent, and ultimately opted to remain with the Jazz, signing a two-year deal that would pay him $16.9 million per season — a figure that would grow by $750,000 in Year 2 after he achieved several bonuses this season.

This summer, the big caveat is that if the Jazz waive the Georgia Tech product before that July 6 guarantee date, they owe him nothing, his salary comes off the books, and they would have just over $75M in committed salaries — about $34M under the projected salary cap, enough to potentially sign a max-level free agent.

Favors knows many people view that cap space and the lure of another star player as the best means to vault the franchise toward title contention. He also knows he would have viable options elsewhere, with Donovan Mitchell recently claiming Favors could start for 80% of the teams in the league. He still hopes to return, though.

“I have a team option; I need that option picked up! I would prefer to come back here,” he said. “The grass is not always greener on the other side. … I’m happy in the situation that I’m in, in the position that I’m in — I think it’s good for me and the organization.”

From a cynical perspective, he’s got 17.65 million good reasons to want to stay. But he, his teammates, even general manager Dennis Lindsey all say there are practical reasons why Favors could conceivably remain part of the team’s future.

Asked if, in this era of pace-and-space basketball, the Jazz could reasonably afford to devote so many resources to two big men in Favors and Rudy Gobert, Lindsey did not hesitate.

Weekly Run newsletter: Jazz players value their chemistry, but recognize, ‘every team that wants to win has to make tough decisions’

Weekly Run podcast: How do the Jazz go from taking ‘baby steps’ to ‘big strides’ this offseason?

Joe Ingles just went through his most challenging season in the NBA. He’s eager to clean the slate and get back at it.

“Yeah, to me that’s an easy one — absolutely. There’d be no playoffs this season without Derrick, no playoff advancement the two previous years,” he said. “I get it, I get it — obviously, Jae [Crowder] comes in and we have some more mobility and spacing. … [But] Derrick Favors isn’t part of the problem, he’s part of the solution.”

Despite playing almost five fewer minutes per game than the season before, Favors’ production was strong: his points (11.8) and assists (1.2) per game saw only minimal declines, while his rebounds (7.4) and blocks (1.4) per game actually increased. His field-goal (.586) and effective field-goal percentages (.600) were both career-highs.

Lindsey noted that, “As great and as unique as Rudy was at the rim, Derrick actually defended the deep paint — on a percentage basis — better.” He added that coach Quin Snyder “has been amazed … at the evolution of Derrick.”

Favors maintains that evolution will continue. For one, he said, he became “comfortable in my role,” knowing he’d shift from playing the four with the starters to primarily manning the five with the second unit: “I wasn’t stressing about points or being involved in the offense as much — just going out there and … finding different ways to be effective, whether it was in the pick-and-roll or offensive rebounding.”

Nevertheless, he intends to keep working on his 3-point shooting, believing he can significantly improve upon the paltry 21.8% conversion rate he had last season, while conceding, “I’m not saying I would be Brook Lopez out there” — a reference to the Bucks center who last season converted a career-best 36.5% of his career-high 6.3 deep attempts per game.

Also on Favors’ summer agenda is continuing to sculpt his body to adapt to the league’s current style of play. Lindsey pointed out that, over the past two summers, the big man has dropped from 271 pounds to 248. Favors admitted it was an adjustment, but a necessary one.

Now, he’s hoping one more thing to work out the ways he wants — remaining with the team that first decided it wanted him midway through his rookie season, way back on Feb. 23, 2011.

“Not too many guys can play for one franchise, one organization, eight-plus years. Hopefully it can be nine, 10 years for me,” Favors said. “… I don’t have to worry about moving all the time, or what team I’m gonna be on, or playing with a different organization, having different teammates, different head coaches. I’ve been here with a good organization — same coach, same system, same front office. It’s been a blessing. I’ve enjoyed my time here; hopefully it can continue.”

END_OF_DOCUMENT_TOKEN_TO_BE_REPLACED 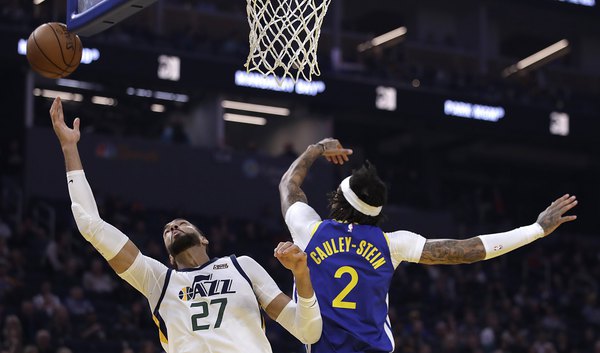 The Triple Team: Jazz roll over Warriors, two more points of development for Rudy Gobert, and a happy Jazz locker room
By Andy Larsen • 14h ago 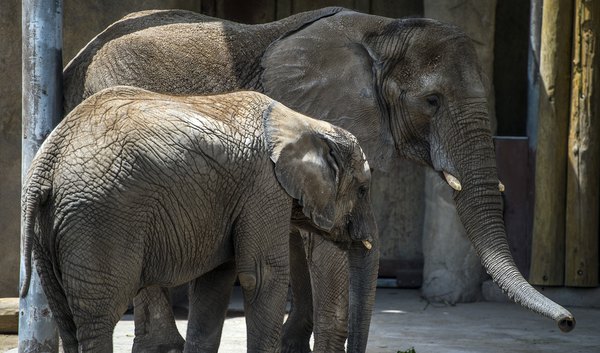 Group demands Hogle Zoo give up its elephants. Zoo has plans to add more.
By Scott D. Pierce • 27m ago 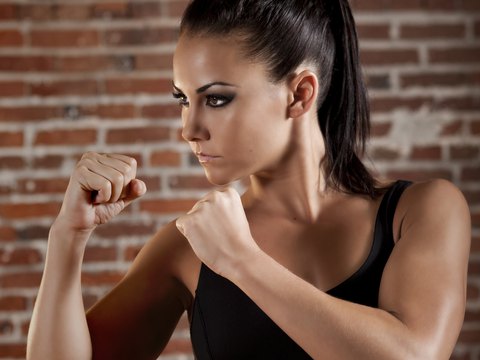 Kristina Baskett gained fame as a Ute gymnast, then found the spotlight again as a ‘Game of Thrones’ stunt double. Now she’s a Sun Devil.
By Lya Wodraska | Special to The Tribune • 46m ago