Most drivers have done it. A car or two look badly damaged as the result of a collision, so you slow down to survey the damage before continuing along to your destination. The practice is so common it has a name: rubbernecking.

Few people, though, stop and help. That’s what Donovan Mitchell did, though, in an accident he witnessed on Sunday after his team’s practice.

“I was driving by, a lady was falling out of her car, the airbags went off, she was grabbing her chest and I was like, ‘Oh shoot.’ Like a natural instinct to found out what happened," Mitchell explained. Mitchell ended up calling 911 to report the accident.

Mitchell reported later that everyone involved in the collision, which occurred at 400 S. West Temple, was OK. After Mitchell’s 911 call, police came and sorted it all out.

It’s true — Mitchell didn’t do much. But as Terry points out, there might not be many NBA players willing to make a stop.

“I was just going out there to make sure she was OK,” Mitchell said. “I don’t want to make it like a big, big deal.”

END_OF_DOCUMENT_TOKEN_TO_BE_REPLACED 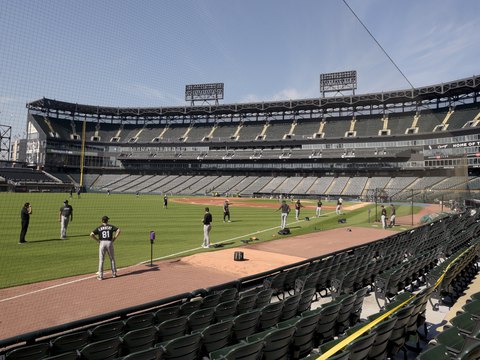 Utah lab tied to MLB’s testing delays as summer training begins, but there are other issues, too
By Julie Jag • 20h ago
END_OF_DOCUMENT_TOKEN_TO_BE_REPLACED
L