Once nationally ranked and winners of 11 straight, BYU’s women’s basketball team is reeling after its third-straight loss

Provo • Don’t blame BYU’s women’s basketball team if it turns down its next national ranking.

The Cougars have now lost three straight games since their 11-game winning streak was rewarded with a No. 25 ranking just 10 days ago, falling 78-75 to Saint Mary’s in a Kids’ Day matinee at the Marriott Center on Thursday.

“Hopefully, we get our swagger back,” said coach Jeff Judkins after the Cougars dropped to 9-3 in West Coast Conference play, 17-6 overall. “We just gotta get a win and get the monkey off our back a little bit.”

Even 3,500 or so screaming elementary school children couldn’t BYU back on track, but not for lack of trying. Earplugs were needed at times as the huge scoreboards above the Marriott Center floor urged the youngsters to “Get Loud,” and they delivered.

The noise was at a fever pitch toward the end of the third quarter when Paisley Johnson made a layup to give the Cougars a 60-53 lead.

But Saint Mary’s (8-4, 15-8) scored the first eight points of the fourth quarter, and held on by executing better than BYU down the stretch. Johnson led the Cougars with 20 points, while Shaylee Gonzales added 13 before fouling out and Jasmine Moody chipped in 12.

“We let people get easy catches, and that was when it all started to get away from us,” Johnson said. “We lost the momentum. We became complacent. ... We definitely stepped off the gas pedal.”

Megan McKay led SMC with 19 and Carly Turner added 16, including a clutch 3-pointer — SMC’s 10th trey — with a minute, 50 seconds remaining that broke a 70-70 tie. McKay followed with a basket to push the lead to five with just over a minute remaining after Brenna Chase’s shot rolled out.


• Despite Paisley Johnson’s 20 points, BYU drops a game at the Marriott Center on Kids’ Day
• Saint Mary’s makes 10 3-pointers to improve to 8-4 in conference play
• After winning 11 straight and getting nationally ranked, BYU has now dropped three straight

Defensive specialist Caitlyn Alldredge hit a big 3-pointer to get the Cougars within a bucket, but that’s when BYU’s key letdown of the game took place, according to Judkins.

Turner missed a 3-pointer on the Gaels’ next possession, but after the ball was knocked around a couple times, Alldredge was whistled for a foul. The Gaels were able to take the clock down 30 more seconds before Jasmine Focadilla pretty much clinched it with two free throws.

“To me, the big play was, we were down two, and they missed a jump shot,” Judkins said. “Sara [Hamson] should get that rebound. She was standing right there. At 6-7, she’s the biggest kid on the floor, and we don’t get it. And then we get a foul because she doesn’t get it. … We just have to do a better job with that.”

The Cougars had one last chance when Forcadilla missed a free throw with 10.2 seconds remaining. However, leading scorer Gonzales had fouled out and Judkins put 6-5 forward Malli Valgardson into the game in hopes SMC wouldn’t guard her and she could get off a 3-pointer.

But Valgardson passed the ball to Maria Albiero, and her desperation 3-point attempt was blocked at the buzzer.

“That wasn’t what I wanted,” Judkins said.

Johnson, who was 6 of 15 from the field, said the Cougars will be back. The Cougars, who were without post player Shalae Salmon, were out-rebounded 48-31 and gave up 13 second-chance points. Judkins said Salmon has “an elbow problem” and is taking it easy for a week or two.

“I can’t question the heart my team has,” Johnson said. “… There’s this little hump we have to get over. … We have potential. Everybody in the world can see that.”

END_OF_DOCUMENT_TOKEN_TO_BE_REPLACED 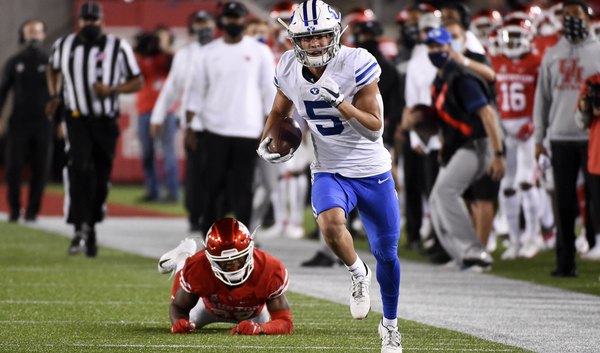 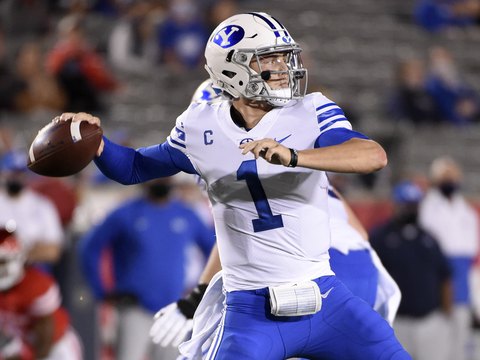 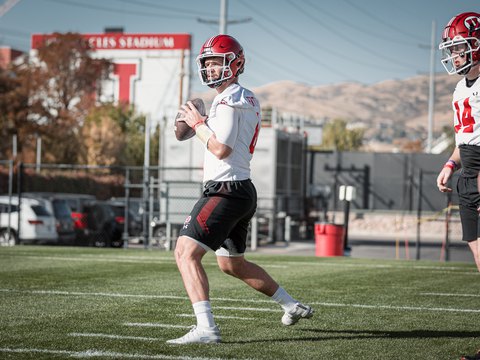 Jake Bentley’s captaincy doesn’t make him Utah’s starting QB, but it signifies the respect of his teammates
By Josh Newman • 1d ago
END_OF_DOCUMENT_TOKEN_TO_BE_REPLACED
L