Alec Burks rode on the team bus to the Utah Jazz’s game against the Brooklyn Nets, then put on his bright pink shoes and headed to the floor of the Barclays Center to warm up for the game.

And as he shot, he received news that would change his life.

About an hour before the game, the Jazz pulled the trigger on a trade, moving Burks and two second-round picks for veteran sharp-shooter Kyle Korver from the Cleveland Cavaliers. ESPN’s Adrian Wojnarowski first reported the story.

With the Jazz struggling from 3-point range this season, the team made a move to address the deficiency. The team came in to Wednesday’s game ranking 23rd in the NBA in 3-pointers made per game, with 10.1, and 29th overall in 3-point percentage, at 31.9 percent.

Korver, 37, should help change that. He is averaging just 6.8 points in 15.7 minutes per game for the Cavaliers this season, but is shooting 46.1 percent from the field and a much-needed 46.3 percent from deep. He’s one of the all-time best NBA 3-point shooters, with a career average of 43.2 percent from behind the arc that has earned him 9.9 points per contest.

This is the second time in Korver’s career he has been traded to Utah in the middle of the season. The team previously acquired him from Philadelphia during the 2007-08 campaign, and he played 50 games with the team that season, then two more seasons with the franchise.

In Korver’s final season with the Jazz, he set the NBA all-time record of best 3-point shooting percentage in a season, making 53.6 percent of his long-distance shots. After that, he joined the Chicago Bulls as a free agent in 2010.

Burks, meanwhile, leaves the only franchise he has ever known. Before the trade, he was the Jazz’s longest-tenured player, an honor that now goes to Derrick Favors. The shooting guard was selected No. 12 overall in the 2011 NBA draft out of Colorado, and appeared in 382 games with the team, averaging 9.6 points, 2.9 rebounds, and 1.6 assists. However, the forte of Burks' game has been as a slasher rather than a shooter — he is a career 42.5-percent shooter from the field, and a 35.5-percent shooter from deep.

The deal came as a shock, both to Burks and his teammates.

“I was surprised, AB’s my guy,” Mitchell said. “It’s tough having that happen right before a game, that’s my first time experiencing it. He’s a really funny dude, he’s always giving off a positive vibe. I wish him the best in Cleveland, I know he’s going to excel and do well,” Mitchell said.

Joe Ingles agreed with the sentiment.

“Man, for me, AB was kind of one of the most inspirational guys around here, with the injuries that he’s had and what he’s had to overcome to get back to the level he was playing at,” Ingles said. “He’s one of the nicest guys in the locker room, one of the best teammates I’ve had. Good day or bad day for him personally, he was always the same guy off the court. I’ll miss him, miss having him around.

“That’s the business side of it, is he’s a great guy, and he’s done everything they’ve asked. But for them, it was something that we needed to do.”

Neither head coach Quin Snyder nor general manager Dennis Lindsey could comment on the trade, as it has not been made official.

Korver is under contract for one more season after this — he is due $7.5 million for 2019-20. However, he is only guaranteed $3.44 million if he is waived on or before July 7, 2019. Burks’ deal is set to expire after this season, and he will be an unrestricted free agent.

But for now, Burks has no choice but to head to Cleveland. After learning the news, Burks said his goodbyes, and packed his things to fly Wednesday night to Ohio. He left the arena, baggage in tow, just a half hour before game-time.

END_OF_DOCUMENT_TOKEN_TO_BE_REPLACED 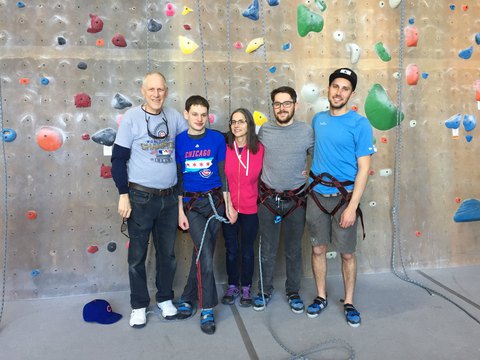 Gordon Monson: The Utah man who cheated death 43 years ago with Jerry Sloan has thoughts about their paths not taken
By Gordon Monson • 18h ago
END_OF_DOCUMENT_TOKEN_TO_BE_REPLACED
L