Former BYU All-American and 2016 Olympian turns in one of the top performances of his career.

It’s another impressive number for the math whiz.

“It’s the place to do it, right? The New York streets are incredible,” he said in an interview on ESPN afterward. “I was planning on the crowds helping me by the time I got to First Avenue, but it was 6, 7, 8 miles into the race in Brooklyn when I think someone was playing something from ‘Rocky,’ and the crowds were just incredible. I feel like the energy of the city really carried me through.”

Ward finished 12th in the 2017 NYC Marathon a year ago. On Sunday, he bettered his finish from a year ago by over six minutes. It was his best marathon result since the BYU adjunct statistics professor stunned the field at the 2016 Olympic Summer Games in Rio de Janeiro, wrapping up a surprise sixth-place finish by running a masterful 2-hour, 11-minute race two summers ago.

Ward’s sixth-place finish Sunday was his fifth top 10 of his marathon career. The Davis High graduate finished 10th at the 2017 Boston Marathon with a time of 2:15:28.

The Olympian dealt with several injuries since his memorable afternoon in Rio. In fact, a lingering hamstring problem forced him to drop out of a race in the Czech Republic in September, and he even entertained the idea of sitting out the NYC Marathon due to injury concerns.

“Just the decision to come out here and be tough,” Ward told ESPN when asked how he was able to persevere Sunday morning. “I think 2017 had enough injuries, it messed with my mind a little bit, too, and this year I just said, ‘Hey, this is kind of where the build-up starts for the next Olympic cycle.’ Even though training hasn’t been perfect, this is the time to go out there and try to be tough and run with these other Americans and try to push as many of us into the top 10 as possible.”

Ward has noted that he has his sights set on an Olympic return during the 2020 Games in Tokyo. And he’s become a hit in the marathoning community in recent years due to his dual careers: running and teaching advanced statistics at his alma mater. After all, Ward’s master’s thesis was based on pacing strategies while running a marathon.

The professor’s brain continues to calculate in real time as he runs with the world’s best. And it’s still working like clockwork.

END_OF_DOCUMENT_TOKEN_TO_BE_REPLACED 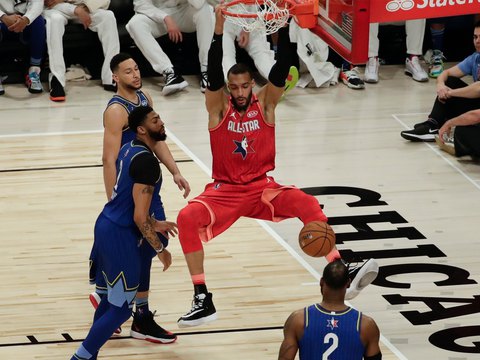