Best ever? Utah’s defensive backs have ‘pure talent’ and big goals that include surpassing the legendary 2008 unit

Utah’s 2008 secondary sent four players to the NFL; this group might be comparable.

Sharrieff Shah and a couple of his cornerbacks were the last players on the practice field after a recent session of Utah's preseason football camp, working on coverage techniques.

Stopping to talk afterward, Shah smiled. “I'm super upset 98 percent of the time,” he said, “but I love 'em.”

Same story with defensive coordinator Morgan Scalley, who coaches the safeties. Asked this week about the secondary, Scalley said, “I feel good. You never feel great.”

The standards are high for this group, evoking comparisons to the 2008 secondary that sent Brice McCain, Sean Smith, Robert Johnson and R.J. Stanford on to NFL careers. Current cornerbacks Julian Blackmon and Jaylon Johnson, nickel back Javelin Guidry and safeties Marquise Blair and Corrion Ballard compose a secondary that Athlon Sports ranked No. 2 in the Pac-12 — behind Washington’s, judged the best in the country.

If Utah's receivers are motivated by doubts about them, the defensive backs want to live up to the praise.

“We hear it all the time, that we have the talent to be the best secondary that this school's ever seen,” Blackmon said. “That just makes our competition level rise. I'm going to make sure my guys know I'm going to bring it every day, so they better bring it. … I just love the pure talent that we have at every position in the secondary.”

In his first year as a full-time coach in ’08, when the Utes went unbeaten and won the Sugar Bowl, Scalley inherited safeties Johnson and Joe Dale. In ’04, Scalley played alongside NFL star Eric Weddle as safeties for the Utah team that went 12-0 with a Fiesta Bowl victory. So he knows what a top-tier secondary is supposed to look like.

So does Shah, who was the sideline reporter for Ute radio broadcasts in '08, while practicing law. “That's our standard, absolutely,” he said.

The ’08 Utes intercepted 19 passes, with Smith accounting for five and Johnson adding four, including two vs. Alabama in the Sugar Bowl. The Utes ranked No. 20 in the country in pass-efficiency defense (108.54 rating), allowing 190 yards a game and a 55-percent completion rate.

Last year's defense was 16th in pass-efficiency defense (113.4), but benefited from not facing quarterbacks Josh Rosen of UCLA and Will Grier of West Viginia, due to injury. This season, the Utes are scheduled to meet Washington's Jake Browning, Arizona's Khalil Tate and USC's JT Daniels in September and October.

The Utes played respectably in 2017 against quarterbacks Sam Darnold of USC, Luke Falk of Washington State and Browning, although they allowed Browning to lead drives that produced 10 points in the last 58 seconds of the Huskies' 33-30 win.

So there’re more for Utah’s secondary to prove in 2018. Scalley resists any comparisons to ’08, saying it “may be too early to tell” about the potential of the 2018 secondary, with Johnson and Guidry as sophomores and Blackmon as a junior. Yet because the Ute teams of the previous decade were playing in the Mountain West, the current players arrived on campus with stronger credentials in the school’s Pac-12 era.

Smith, a converted receiver, and Johnson, a junior college transfer, were examples of players who developed in Utah's program on their way to the NFL. “Most of the guys we get now are the elite of the elite, coming out of high school,” said Ute graduate assistant Brandon Burton, a backup corner in '08 as a redshirt freshman.

Burton, who spent four years in the NFL marvels about what his teammates became. “You look back at it, and you're like, 'Wow, you were part of a very good corps, probably one of the best in the country,' ” he said.

The coaching staff's challenge now is to take even more talent and maximize it. Scalley wants the defensive backs to become better tacklers, running to the ball and preventing long runs and receptions.

Without divulging the numbers, Shah said the coaches have set statistical goals that will determine if this secondary becomes Utah's best ever. That could happen, Shah said, “if we do what they think we can.”

UTE BREAKDOWN
This is the third installment in a series during August about Utah’s position groups. Today: the secondary.

END_OF_DOCUMENT_TOKEN_TO_BE_REPLACED 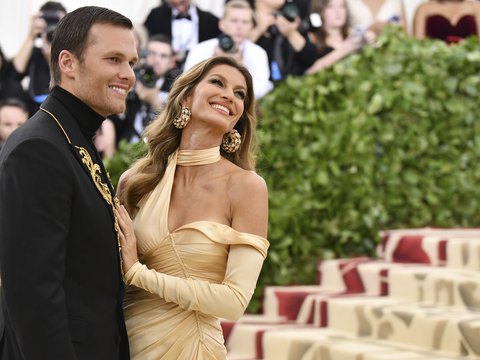 BYU catcher Abe Valdez ended up in Provo thanks to the late John Altobelli; now he intends to see it through
By Norma Gonzalez • 1d ago
END_OF_DOCUMENT_TOKEN_TO_BE_REPLACED
L