Monson: Jazz have big plans, even if their initial moves don’t blow you away

The Utah Jazz this offseason aren’t blowing the doors off anything or anybody. Instead, they’re lulling people to sleep. They’re doing what they were expected to do: Bore you to death, re-signing their guys, keeping open their options for future possibilities, and finding improvement in other ways.

Those other ways are pretty much contained in a cardboard box that is, compared to what some other teams are doing, kind of beige and blah and … well, square.

Dennis Lindsey isn’t proclaiming he will quit if he doesn’t land big-name free agents this offseason or next, a la Magic Johnson. (Those kinds of statements are easy to make when deals are already in place.)

No. The Jazz will improve by … slap your face and pass the No-Doz … growing from within.

That sounds weak, like an excuse teams that can’t make any notable moves give when no ground is gained. But not in the Jazz’s case, aside from designs on staying financially flexible in coming years.

It’s a good bit of tactics competitively. Many teams, were they to keep the status quo, would be tapped out, would have been whatever it is they can or will be. The Jazz, though, are edging upward in the most basic of ways: By holding the line.

Lindsey said it this way: “The Rockets and Golden State Warriors are going to be targets for the rest of us in that next tier of teams. How you go about that is very simply: Thabo [Sefolosha] is going to have to get healthy and defend really well and bang some corner 3s, and Jae Crowder’s going to have to match up with the P.J. Tuckers of the world. And Joe Ingles can’t have any regression in his game. And Dante Exum’s going to have to improve and so is Donovan Mitchell and we’re going to have to get Grayson Allen integrated. If you add a few of those things up that went in our favor after last season, we’re very confident we can put a contending team on the court.”

Let’s take it player by player.

A Ben Franklin says Mitchell will be better in 2018-19 than in his rookie season. He’ll recognize situations better, take better shots, make better passes, play better defense, be a better leader and be more comfortable in every aspect of his game.

The kid is driven to build on what he started last year and conscientious enough to work hard to make it happen. At Monday night’s Jazz Summer League opener, Mitchell was on the bench, urging players on, giving them advice, sticking his nose in the middle of everything.

Is that the sort of behavior you would expect out of a 21-year-old who is satisfied or sitting still? No, it is not.

Ricky Rubio, who also was in attendance, will continue to find himself in Quin Snyder’s attack. Typically it takes a season for a new addition to get acclimated, especially when he is the team’s quarterback, and Rubio’s progress in that first year was easy to track.

There’s every reason to believe he can be as good as he was in his more efficient moments last season. He may never become a great shooter, but he won’t have to double-clutch as he thinks through whatever it was that Snyder was telling him to do during the previous timeout. He’ll already know, so he’ll just do.

It’s hard to imagine Ingles being much better than what he was last time around. The Jazz can live with that.

Rudy Gobert is bound to be everything he was and more. What he has to do is avoid injury. He missed parts of the toughest stretch of the Jazz schedule in 2017-18, so there’s certainly no guarantee that the team’s great run after he returned would have commenced in any lopsided manner earlier had he been healthy throughout, but this is guaranteed: They would have been better than they were without him.

If Gobert ascends a notch offensively, there’s not a lot of need for his defense to improve in large measure, since he’s already the best, most impactful defender on the planet. It is Gobert’s pride and drive that will push him forward.

Derrick Favors is happy being on the Jazz, demonstrated by his return in unrestricted free agency, alongside the ample contract the team handed him, which by way of its structure will motivate him to earn a greater role via his improved play, or to at least maintain his level of play, or else be sent packing before his deal’s second year, freeing up money for the Jazz to seek outside help.

Exum agreed to a three-year contract extension on Tuesday, and there’s no best measure for how much better he can be, other than to say he’s certain to improve his showing off of 2017-18 because he spent most of it rehabbing a shoulder injury. When he did return, he showed the explosiveness to the basket, the tantalizing length that is unusual for a guard, the athleticism for which the Jazz drafted him back in 2014, the defense. Improvement is tethered to his good health. There’s no other way to say it.

Crowder played with the Jazz for only three months, not enough time to make any absolute conclusions about his limitations. The Jazz, on the whole, played terrific when he was on the floor with the other starters.

And then there’s Royce O’Neale, who fits the Jazz’s growth model, Sefolosha, whose loss to injury last season hurt the Jazz, and rookie-to-be Allen, who got his first taste of pro basketball against the Spurs on Monday night. He showed moments of savvy/aggression/awareness and signs of early jitters, scattering shots that were easier than he made them look.

He’ll be fine as he settles in, as long as none of the grown men he goes up against punches him in the face.

The Jazz’s strategy is sound, even as teams in the West continue to improve in more dramatic fashion, by signing the best player on God’s green earth, and such. Hello, LeBron to L.A. and Boogie Cousins to Golden State.

Jazz fans are buying in on the subtle path, condoning it, as witnessed by the impressive crowds that showed up, so far, for the summer league. It’s a good vibe, all around.

One that Lindsey is disinclined to disrupt heading through the early stages of the Mitchell-Gobert Era of Jazz basketball.

END_OF_DOCUMENT_TOKEN_TO_BE_REPLACED 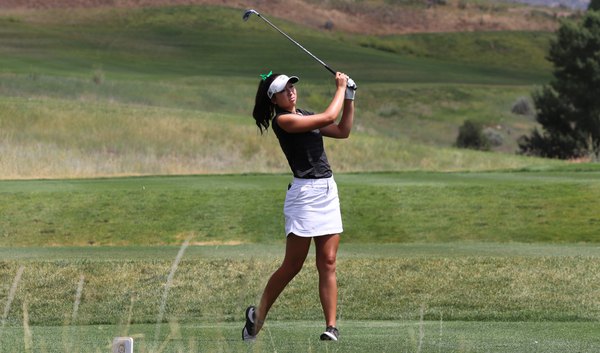 A virus test that is fit for athletes: A spit tube
By James Wagner | The New York Times • 20h ago 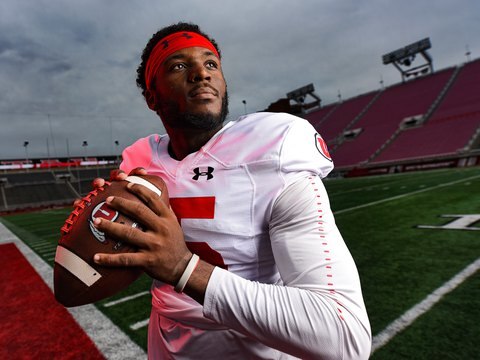 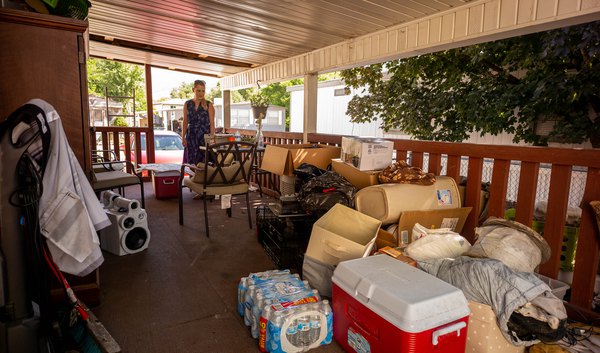 Centerville residents facing eviction in the middle of a pandemic, but not without a fight
By Taylor Stevens • 29m ago 2 teen brothers who killed a West Valley City cop in 2016 are arrested after one of them is shot
By Scott D. Pierce • 1h ago