A petition campaign demanding a halt to the LDS Church’s practice of closed-door, one-on-one interviews by bishops with children — sometimes including inquiries about sexual matters — had collected 11,493 signatures as of Thursday.

At a news conference, organizer Sam Young, a former Mormon bishop, said the petition will be presented March 30 at The Church of Jesus Christ of Latter-day Saints’ downtown Salt Lake City headquarters.

But Young, a Houston businessman who describes himself as an active Mormon, told a crowd of about 75 that “top church leaders” should “not wait for the petition” to “immediately, today” order an end to these explicit, private interviews.

The LDS Church, which issued a lengthy statement last month to the petition, did not respond Thursday to the fresh demands.

In December, the church stated that these interviews are an “important part of ministering” and noted that its lay leaders “are instructed to be sensitive to the character, circumstances and understanding” of their congregants.

“They are counseled to not be unnecessarily probing or invasive in their questions,” church spokesman Eric Hawkins wrote, “but should allow a young person to share their experiences, struggles and feelings.”

Even so, Young urged Mormon parents to download a form letter from the www.ProtectLDSChildren.org website to not only “set boundaries” for bishop-child interviews — including a ban on sexual questions — but also to insist on a parent being present.

Young launched the petition Oct. 21 with an initial goal of 10,000 signatures; it passed that mark on Christmas Eve.

While repeating earlier stories of alleged bishop-child encounters that ranged from uncomfortably detailed questioning of youths’ sexual activity to actual molestation and rape, Young stressed that “the vast majority of [LDS] bishops are good men.”

Still, he and other speakers — Newport Beach, Calif.-based sex abuse victims’ advocate Joelle Casteix, who is the Western regional leader for SNAP (Survivors Network of those Abused by Priests), and sex-marriage-family therapist Natasha Parker, of Wichita, Kan. — pointed to “more than 1,000 survivor” stories, some including attempted or completed suicides purportedly stemming from sexual shaming of LDS youths during ecclesiastical interviews.

Details of a March for the Children event were still being developed, but Young said it is planned to start at Salt Lake City Hall and then progress along a five-block route to the LDS Church Office Building.

END_OF_DOCUMENT_TOKEN_TO_BE_REPLACED 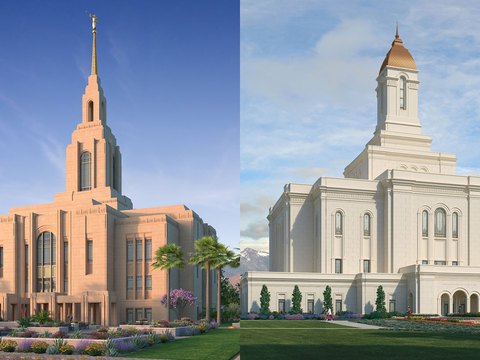