Memo to all religions: MormonLeaks may be coming after you with new FaithLeaks site

Get ready to be scrutinized, “high-demand religions” (whoever you are).

MormonLeaks, which until now has focused exclusively on publishing purloined papers from within the LDS Church, is expanding into the larger universe of religious organizations.

The Nevada-based nonprofit announced that it is expanding its publication channels with the launch of FaithLeaks.

Like MormonLeaks, FaithLeaks is rooted on the premise that “increased transparency results in fewer untruths, less corruption and less abuse in any organization,” founder Ryan McKnight said in a news release. “It provides the same service of anonymizing sources from all religions, religious nonprofits, cults, and creeds with documented information they believe deserves to be made public.”

MormonLeaks began in late 2016 with the goal of providing a means whereby disgruntled or disillusioned Latter-day Saints could post internal and confidential documents without fear of discovery.

Since then, it has published on its website pay stubs of top LDS officials, minutes of meetings with church authorities, PowerPoint presentations about groups and individuals the faith considers apostate and private correspondence between leaders and members.

At the same time, McKnight and the site’s technical adviser, Ethan Dodge, have received queries from people eager to replicate MormonLeaks to divulge documents about other denominations.

At the end of July, Dodge, a cybersecurity expert who also goes by the moniker “Privacy P. Pratt,” gave a presentation to a packed audience at DefCon, the nation’s largest conference of hackers.

“A significant number of folks who aren’t Mormon understood our motives and the effects of our work,” said Dodge, who, like McKnight, has resigned from the Utah-based Church of Jesus Christ of Latter-day Saints.

Many attendees came up afterward, wanting help setting up a similar site.

“When it got right down to it, they didn’t want to put in the amount of work Ryan and I have put into MormonLeaks — anywhere from 20 to 60 hours a week,” he said Monday. “But the demand was obvious. Transparency is grossly lacking in so many of these groups.”

For example, Jehovah’s Witnesses and Scientology are two faiths that could be considered “high-demand religions,” Dodge said, but the label might apply to any denomination, “depending on how believers allow that faith to control their lives.”

Is the team expecting lawsuits?

Yes, Dodge said, but MormonLeaks and FaithLeaks are prepared for them and remain undeterred by the prospect. The LDS Church, for instance, previously accused the site of copyright violations.

“We felt maybe there was a need to widen our net and broaden our mission,” McKnight said in an interview. “These tools give power back to the people, who may have been previously silenced.”

Still, determining the veracity of leaks from so many sources will be “magnitudes more challenging than it is with MormonLeaks,” McKnight acknowledged. “Not only because we don’t have the same level of sourcing, but because our own personal knowledge of many faiths is lacking.”

McKnight and Dodge, the two co-founders for FaithLeaks, have established relationships with people from various religions who “might be able to help us with the vetting process,” McKnight explained. “The more salacious a document is, the more proof it will require.”

Both sites have been put under the umbrella of a newly formed nonprofit called the Truth and Transparency Foundation, which can accept tax-deductible donations.

“We will just put documents out as we have been doing, and let the public and media decide their significance,” Dodge said. “That’s worked well so far.”

END_OF_DOCUMENT_TOKEN_TO_BE_REPLACED 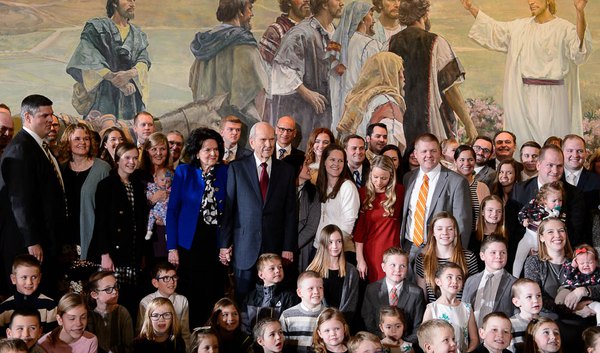 Robert Kirby: Back to church — otherwise known as rounding up the herd
By Robert Kirby • 2d ago

Utah is the 2nd happiest state, according to study
By Scott D. Pierce • 36m ago