With rising COVID-19 cases inside the Vatican, pressure mounts for Pope Francis to don a mask

Vatican City • While the Vatican’s COVID-19 commission attempts to tangibly address the consequences of the pandemic, it struggled to explain Tuesday why its boss, Pope Francis, is so often seen without a mask.

“We are trying to convince him” to wear a mask, said the Rev. Augusto Zampini, adjunct secretary of the Vatican Department for Promoting Integral Human Development and one of the coordinators of the Vatican COVID-19 commission.

Pope Francis has been facing mounting criticism for often attending gatherings at the Vatican, even indoors, without wearing a protective mask. Photos and videos show him at public events disregarding social distancing measures and precautions.

Zampini said when the pope speaks on video or attends large open-air events, he keeps his distance and follows the precautions put in place at the Vatican, which enforces social distancing and mask wearing.

He also observed that at 83, Pope Francis “is at high risk if something happens.”

Behind the protection of its walls and with a limited citizenship, the Vatican was “almost isolated” in the first months of the pandemic in Italy, Zampini said, but the situation is different today, with 27 positive cases inside Vatican City.

A Vatican statement last week reported the newest case inside the Domus Sanctae Marthae, where Pope Francis currently resides. This is the second case to emerge in the pope’s own home, after a prelate tested positive last March. Only a few days prior, the Vatican announced a COVID-19 outbreak among it security forces, with 11 Swiss Guards testing positive for the virus.

The Vatican reported no fatalities due to the pandemic so far and 15 people who previously tested positive are now COVID-19-free.

After the spike of cases inside the Vatican and in nearby regions of Italy, Francis adopted stricter rules to prevent contagion. The pope expressed his disappointment for having to be distant from the faithful, especially the disabled and children, who would often gather around him in St. Peter’s Square.

“I apologize if I meet you at a distance,” Pope Francis said during his weekly general audience Oct. 14, “but I believe that if we all follow the instructions from the authorities, like good citizens, it will be a help in putting an end to this pandemic.”

Pope commits to clean finances amid scandal in backyard

Zampini said the commission is “totally aware of the prophetic role that the Catholic Church has to play now” and voiced concern for the rise in cases. He pointed out that the Vatican, like any other institution in the world, has been hard hit by the pandemic both from an economic and a safety perspective.

While the commission offers suggestions to Pope Francis and other Vatican departments, Zampini said, its focus is primarily in promoting the cause of the poor and vulnerable members of the community, by influencing scientific and political decision-makers.

Pope Francis created the COVID-19 commission in the early days of the pandemic with the purpose of promoting “radical change in our society and politics,” Zampini said. The pope’s recent speech to the United Nations, his TED Talk and his encyclical “Fratelli Tutti” (Brothers All) come together to outline Francis' vision for a future after the pandemic.

“The pope gave us a mission impossible,” Zampini said, adding that the commission reports its findings and operations to the pontiff once a week.

Echoing the words of Pope Francis, Zampini said the pandemic has “exacerbated all the previous crises” and highlighted the inability of nations to come together for a common purpose. He said the commission is attempting to gather religious leaders for an event to stand together in solidarity.

The commission put an emphasis on collaborating with local churches, networking with international organizations, establishing relationships with nations and fundraising. Through its initiatives with the Catholic charitable organization Caritas, or global institutions such as the United Nations, the commission has been able to reach more than 5 million people and raise over $7 million.

Sister Alessandra Smerilli, who teaches economy at the “Auxilium” university in Rome and coordinates with the commission, said at Tuesday’s virtual conference that the question of COVID-19 vaccines is central to the work of the Vatican task force.

The impact the pandemic has had on women and their role in finding solutions and proposals are also important to the commission, Smerilli said, which plans to compile a report by the end of the month.

Smerilli, who is among the most authoritative female voices in the Vatican, also had a word of caution for the many protests that have occurred in Italy and elsewhere denouncing the new wave of restrictions enacted to limit the spread of the pandemic.

The commission is dedicated to helping those who are struggling the most because of the virus, she said, “but we mustn’t throw gas on the flame at this time.”

END_OF_DOCUMENT_TOKEN_TO_BE_REPLACED 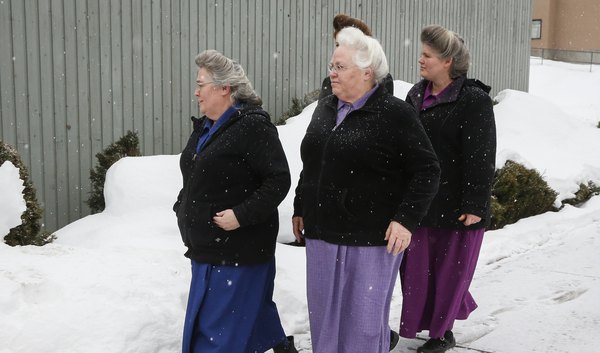