Despite smuggled antiquities purchase, some say criticism of Bible museum is unfair

Washington — In 2013, Cornell University agreed to forfeit 10,000 cuneiform tablets amid suspicions they were looted from Iraq in the aftermath of the 1991 Gulf War.

Four years later, the items remain in the university’s hands. And it is one of many collections of ancient artifacts that have come under scrutiny in America.

Just last week, New York prosecutors seized a 2,300-year-old Greek vase from the Metropolitan Museum that they suspect was looted. For years, museums and institutions, from Yale University to Chicago’s Field Museum to the J. Paul Getty Museum in Los Angeles, have contained items of questionable provenance that had to be returned.

Some of these missteps generated headlines, and sometimes the pieces are kept, like the Parthenon frieze, acquired in the early 19th century, which the British Museum has refused to give back to Greece.

But they haven’t tarnished the overall reputations of these institutions, many of whose coffers were filled before the art and artifact markets were as regulated as they are currently, and customs laws had the strong teeth they now do.

In the case of the 10,000 Iraqi cuneiform tablets, there has been hardly any public attention given to the matter since the initial agreement, even though the pieces “continue to be stored, preserved and studied at Cornell University … with the consent of the Iraqi government,” university spokesman John Carberry said this week.

By contrast, earlier this month, when the arts-and-crafts chain store Hobby Lobby agreed to a $3 million settlement with the U.S. Attorney’s Office for the Eastern District of New York over its purchase of clay artifacts from present-day Iraq, it was widely seen as a blemish on the forthcoming Museum of the Bible. Its board chairman, Hobby Lobby President Steve Green, owns one of the world’s largest private collections of biblical texts and artifacts.

The fine, The Washington PostThe Atlantic reported, is “casting a cloud over the much-anticipated Museum of the Bible.” And  added that the Green family name is “likely to bring even further scrutiny and attention” to the museum, given that it is “now tied to a story of dealer intrigue and black markets.”

Scott Thumma, an academic dean and professor of sociology of religion at Hartford Seminary, sees a double standard.

“Many of the collections of our great national museums and universities are full of the very objects that Hobby Lobby is being fined for smuggling and are seldom required to return or pay compensation,” Thumma said.

The allegations against Hobby Lobby are certainly serious.

In December 2010, the family-owned firm based in Oklahoma City, which posts $4 billion in annual sales, purchased 5,500 artifacts for $1.6 million. The sale was “fraught with red flags,” notes a U.S. Justice Department release, and the clay artifacts from present-day Iraq were misidentified and mislabeled as Turkish tile “samples” when they were smuggled into the country via the United Arab Emirates and Israel.

Last weekend, Israeli authorities arrested smugglers who were alleged to have sold $20 million worth of antiquities to Hobby Lobby from 2010 to 2014.

Hobby Lobby agreed to surrender the artifacts in the U.S. Justice Department case and, in a statement, said it “was new to the world of acquiring these items, and did not fully appreciate the complexities of the acquisitions process,” resulting in “some regrettable mistakes.”

Museum of the Bible vice president Steven Bickley said the museum is “an independent organization governed by a broad and diverse board of directors, with strong professional and academic credentials, who make decisions in accordance with prevailing industry standards.”

He added that “only a small number” of the 40,000 items in the Green Collection would be exhibited in the museum, slated to open in November just a few blocks from the U.S. Capitol and the National Mall.

But many academics have long viewed the museum — and its association with Hobby Lobby, which famously won a 2014 Supreme Court decision in which it challenged the requirement under the Affordable Care Act that employers pay for insurance for employees’ contraception — as compromised.

“Mainstream scholars certainly have taken more delight in pointing out the illicit dealings connected with the conservative Christian Green family’s project, than they would have if the Metropolitan Museum had been found to have been connected with something similar,” said James McGrath, chair in New Testament language and literature at Butler University.

Alex Joffe, an archaeologist and historian, said scholars “loathe the Greens, because they are evangelicals and because they are antiquities collectors, in that order. … The real targets are their conceptions of their faith, the Bible and America.”

Joffe, who has participated in and directed archaeological research in Greece, Israel, Jordan and the United States, said it is indisputable that the artifacts were imported illegally and seemingly intentionally. But he said the broader question that isn’t being discussed sufficiently is who gets to build museums “around the sacralized space of the National Mall.”

“Should a private family create a ‘national museum’ with a religious bent in the secular, religious space of central Washington? If not, why not?” he said. “Or are only approved topics, like the Holocaust and American Indians, as well as ‘art,’ acceptable?”

Joffe believes that the question of who gets to design national (albeit quasi-national), fundamental commemorative spaces is at the root of many of the objections to the museum project at large.

Lawrence Schiffman, professor of Hebrew and Judaic studies at New York University, thinks many people jump the gun to indict a collection and a museum they have yet to experience. “It may be more suspicion that evangelicals are always out to convert everybody,” he said.

Not only does the museum insist it will deal in history rather than evangelization, but Schiffman has observed that many of the periods the museum plans to cover will be from the post-biblical era. “The notion that it’s some kind of church in disguise is not really what they are doing,” he said.

And as damning as a $3 million settlement with the New York Eastern District attorney is, Schiffman, a Dead Sea Scrolls scholar, notes that evaluating antiquities can be very complicated.

“It’s pretty easy to get duped,” he said.

But Roberta Mazza, a longtime critic of the museum, rejects the argument that the Green family and others in the leadership are being treated unfairly because of their religion.

“They committed serious and sustained crimes and behaved against basic professional standards,” said Mazza, a lecturer in classics and ancient history at the University of Manchester in England. “Their religious affiliation was and still is irrelevant.”

Mazza said the scarcity of legitimate antiquities on the market has made it impossible to amass large collections without breaking the law or purchasing fakes. But she said people and institutions in the United States are still trying, citing the recent seizure at the Metropolitan Museum.

“The Greens are just repeating a model, which more than evangelical looks like American to me,” she said, adding that “tons” of books have been published on “the misdeeds of the Getty and other museums, with the help of antiquities dealers and bad academics.”

Steven Fine, professor of Jewish history and founding director of Yeshiva University’s Center for Israel Studies, agrees that regulation of the sale of antiquities “is quite intense.”

He, too, doesn’t think that the Greens’ beliefs are the problem. In fact, he said they should be more open about their religious motivations.

“The question for me is not whether the Greens have a religious position, but to make sure that they are upfront that their faith positions are the subject of this museum,” he said. “For me, it is just an issue of transparency. Remember that even by saying Bible, Jews hear one thing, Protestants hear another, and Catholics a third.”

Whatever the Greens’ motivations, McGrath of Butler and Thumma of Hartford said neither the family’s religious beliefs nor the manner of acquiring the artifacts is likely to have any effect on the museum’s future success.

“People will still flock to a Museum of the Bible, seeking reassurances that their faith is grounded in history,” McGrath said.

“Those for whom the museum is intended won’t care,” Thumma added, “and will indeed interpret the U.S. attorney’s action as anti-evangelical bias, or maybe even ‘fake news.’”

RNS has a board member who is also on the leadership staff of the Museum of the Bible. RNS board members have no say in editorial content.

END_OF_DOCUMENT_TOKEN_TO_BE_REPLACED 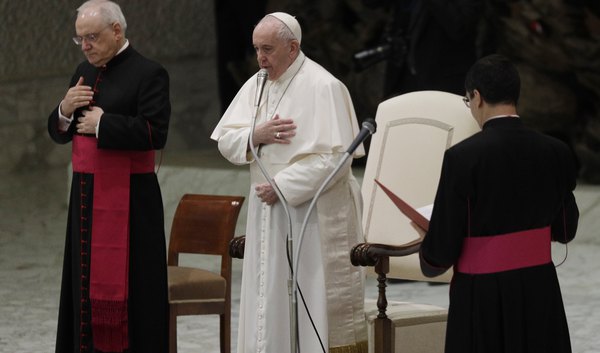 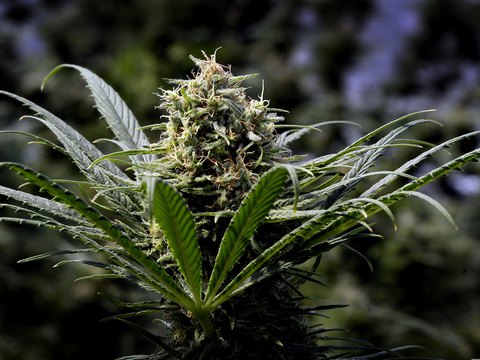 ‘Mormon Land’: How abortion and the Supreme Court might affect Latter-day Saint voters
By The Salt Lake Tribune • 5d ago
END_OF_DOCUMENT_TOKEN_TO_BE_REPLACED
L

Senate confirms Barrett, delivering for Trump and reshaping the Supreme Court
By Nicholas Fandos | The New York Times • 40m ago